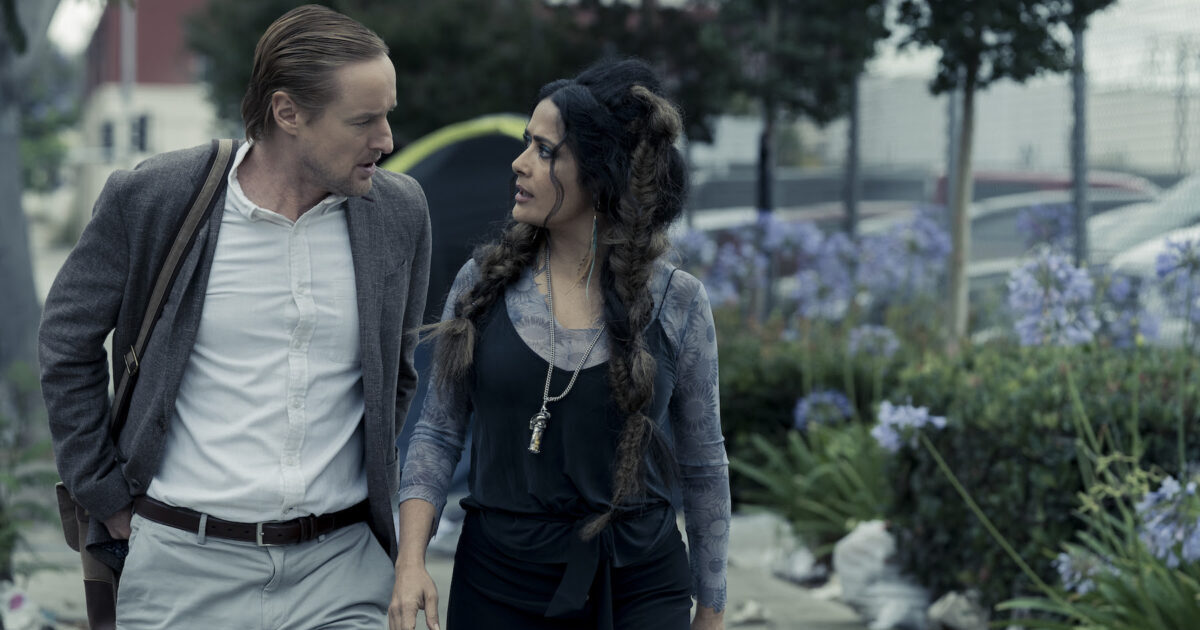 February is shaping up to be quite the month for feature film pairings and this new Mike Cahill film looks like no exception. Amazon Prime Video just released the trailer for Bliss is a mind-bending love story following Greg (Owen Wilson) who, after recently being divorced and then fired, meets the mysterious Isabel (Salma Hayek), a woman living on the streets and convinced that the polluted, broken world around them is nothing but a computer simulation. Doubtful at first, Greg eventually discovers there may be some truth to Isabel’s wild conspiracy.

BLISS will Launch Worldwide on Prime Video on February 5, 2021