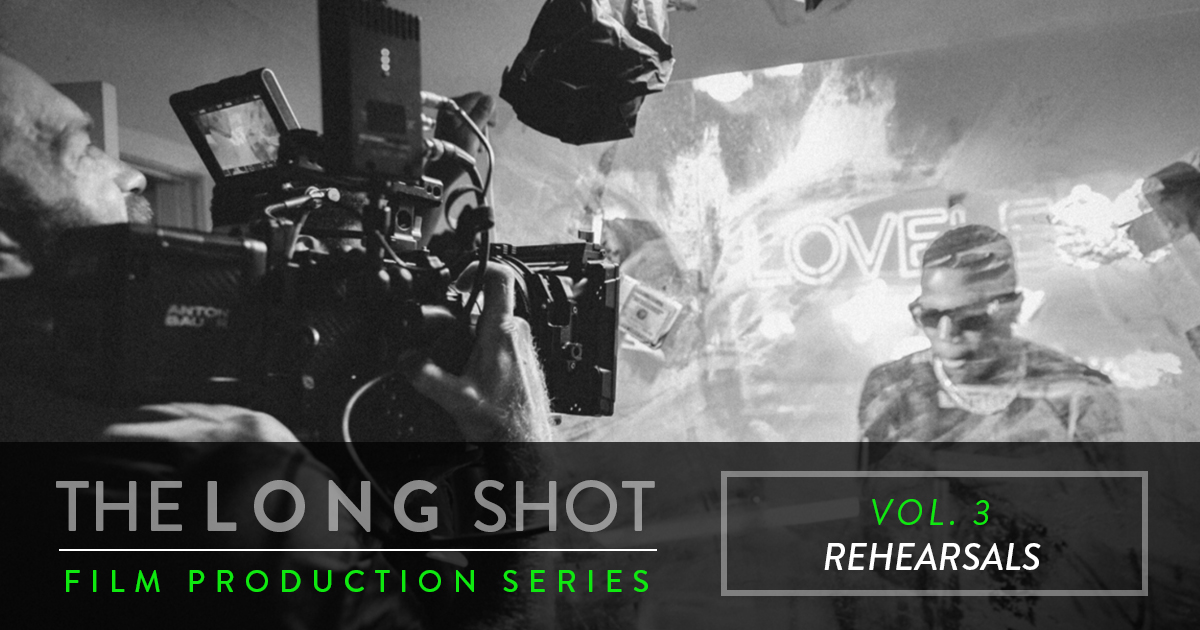 With the work stoppage from Covid-19, now is the time to put the extra effort into developing your next film project. As part of my continuing series on the importance of development and pre-production to maximize your indie-film, this article will focus on rehearsals.

The amount of time dedicated to rehearsals is entirely subjective. Some directors prefer working the scenes while filming so the performances feel more fresh. Other directors will rehearse over and over again, rewrite, then rehearse some more so the actors are perfectly regurgitating the script. There is no right approach. I personally fall somewhere in the middle. I prefer to rehearse some major scenes with the principle actors so we are all comfortable but not so much that the scene loses its spontaneity; this eliminates confusion or big disagreements on the set and allows the actors to ask questions about their characters and motivations. Most scenes don’t demand rehearsals. The actors will block the scene with you on set the day of the shoot and everyone can work out the beats. I also approach the script as if it’s a blueprint. Oftentimes dialogue that sounds wonderful on paper sounds awkward on screen. Even the greatest actors can be tripped up over complex dialogue. I prefer the actors to use language that is more natural, and I will rewrite scenes based on issues that pop up during rehearsal.

I can’t argue with Mr. Spielberg. If you have the budget and time to work scenes the day of the shoot, that’s an enormous privilege and you should definitely take advantage of it. There are many ways to keep your production scope small, with a limited cast & locations, to allow the focus to be more on the actors’ performance. However, many of us independent filmmakers don’t have the luxury for a scene to potentially fail or need to be reworked or reshot later. It’s a tradeoff that I am very conscious of when prepping for any independent film. That’s why I try to balance the prep work with the spontaneity. Especially if the scene requires complex practical effects or camera movements.

If we are running ahead of schedule, I’ll often allow the actors to experiment with a scene by taking a different approach to their character or intentionally change their motivations or tone to give ourselves some options in the edit. These moments rarely work out but occasionally I’ll get a wonderful surprise. It also allows the actors to have fun on set and can allow them some freedom in the creative process that can make the whole process be more fulfilling. It’s never wasted time if you are making your cast and crew happy.

Rehearsal time will also allow your cast to form connections that can benefit their performances. If two actors are supposed to be lifelong friends in a scene, don’t introduce them to each other the day of the shoot and expect a riveting performance. Many actors are capable of pulling it off, but why not make it easier on everyone? Give them some petty cash to go out for drinks and dinner. Encourage them to go on a hike together and talk about their characters and backstory. I often find these exercises are even more valuable than any rehearsal of the script. 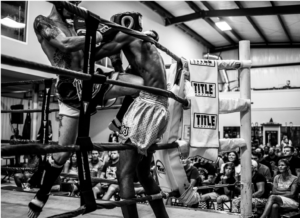 There is one type of rehearsal I am very strict about, and that’s for any action or fight scene. The possibility for injury whenever actors engage physically is very high, even with professional stunt performers. One missed cue or erroneous punch can result in a black eye, a broken bone or worse. Film is an illusion. A magic trick. It is absolutely unacceptable that anyone should be actually harmed in the filmmaking process. Now accidents do happen, which is why it is even more imperative to be as safe as possible. It will also save you time and money.

In the short film Beat, I had choreographed a complex bare-knuckle fight scene in the basement of a bar in Hell’s Kitchen, NYC. The scene incorporated multiple extras who are punched during the battle, break-away glass bottles and fake blood. You can watch the scene here.

We rehearsed the fight with the principle actors and the three featured extras weeks in advance. We started at half speed, blocking the fight and deciding where to pause the action to switch the camera angle or get varied coverage. I filmed these rehearsals on a camcorder, edited it together, then printed out still shots as my storyboard so my camera operator knew exactly how to approach the scene. It proved invaluable when we had 50+ extras on location. The energy in the room was intense and it helped the actors performances to have a crowd cheering them on. If we had not rehearsed so effectively, there was a greater chance of an actor pushing the action a little too hard resulting in an injury.

Lastly, I’d love to share a funny anecdote from my latest short film Food Cart. Halfway through the film there is a fight scene between the hero Ali and a drugged-up intruder in his house, Randy. My lead actor Amir Kamali did not have stage combat experience and since I had the necessary training, I decided to cast myself as the antagonist Randy. I would have preferred to hire a local action choreographer and stunt performer but the budget would not allow it so I had to suck it up, get outside of my comfort zone, and be a stunt actor for a day.

My producing partner Damian Magista found a website that sold breakaway sugar glass props. He was so excited about his discovery that he ordered a bunch of breakaway props that were not included in the shooting script. Even though we had not rehearsed with the props in the original choreography, I saw how it would raise the production value of the film and also add some extra humor and tension to the scene, so I decided to incorporate them in last minute. The only problem, there was only one of each prop. There would be no second chances. No do-overs. One take wonders only. Amir and I meticulously rehearsed each movement before we rolled camera then prayed for the best. Here is a clip of Amir throwing a plate at my head. The plate needs to shatter against the wall. My instructions were to, “throw the plate hard enough at the wall to break, but do not, I repeat do not hit the framed picture, no matter what you do”. You can imagine what happened next. You can watch the final fight scene here at the 14:00 mark.

If there’s one lesson I wish to emphasize, it’s this: rehearsals are necessary, but a seasoned filmmaker will know when to seize the moment and improvise on the spot. That’s where the fun is.

Article was originally published at lucaslongacre.com