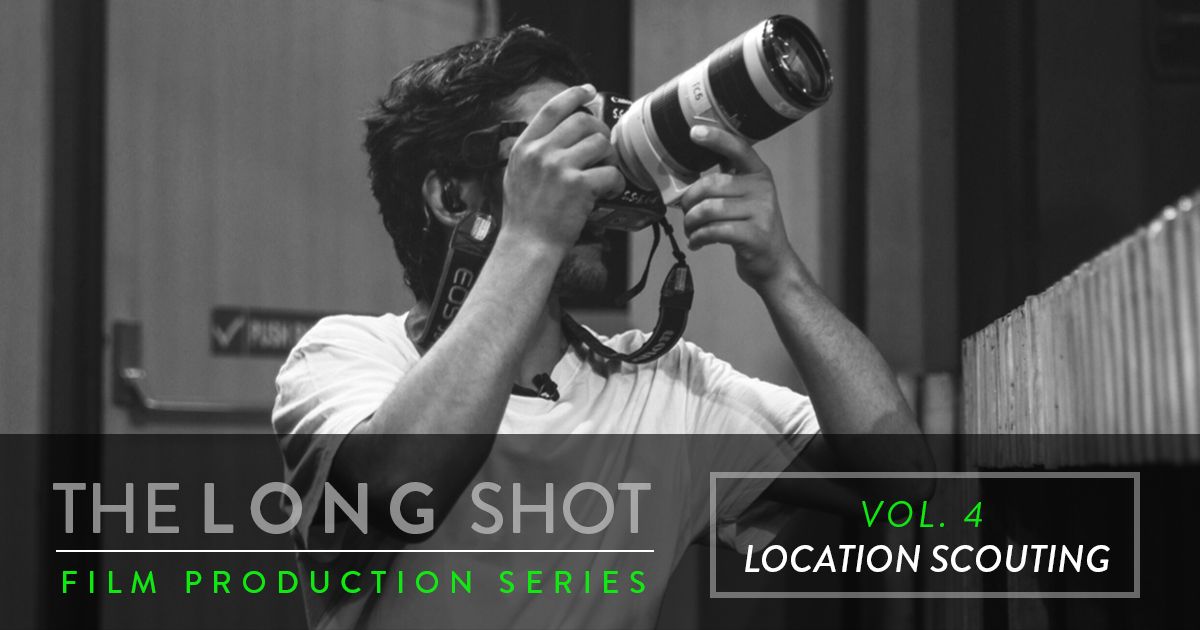 With the work stoppage from Covid-19, now is the time to put the extra effort into developing your next film project. As part of my continuing series on the importance of development and pre-production to maximize your indie-film, this article will focus on location scouting.

One of the best ways to raise the production value of your short film is to use unique and beautiful locations. Most independent filmmakers don’t have budgets to create their own sets, so exploiting real world buildings or natural parks & outdoor spaces can allow your micro budget film to compete with the biggest Hollywood productions. Just remember, access is everything. I have been guilty of grabbing a guerrilla shot or two on a small production, but it’s almost always easier and safer to go through proper channels and secure a permit from the city/state or get permission from a private owner. You should already have production insurance for your film (a topic we will revisit in a future article) so obtaining a permit is rather painless and inexpensive if you give yourself enough pre-production and development time. It will require filling out paperwork and paying a small fee – maybe a few hundred dollars in some states. The permit means you won’t be kicked out by Law Enforcement or harassed by angry neighbors (or if they harass you, at least they can’t legally force you to leave). 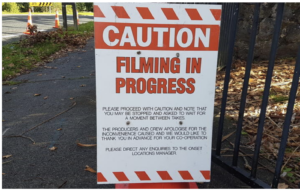 A good location scout will save you a thousand small headaches. If you can’t afford to hire a professional scout, I highly recommend doing it yourself. If possible, show up with your principle crew: DP, Sound, AD, PM, etc. Have your script and storyboard handy. Walk through the location discussing any issues that may arise. Where are the bathrooms? Are they easily accessible? Check online if there’s any construction going on that day. Where is the sun? Will you need to cover up any windows with duvetyn? Are there any machines like refrigerators, freezers, cappuccino makers that need to be unplugged? Phone lines that need to be disconnected? Where can you put craft services so it’s out of the way? Is there a changing room or “green room” for your actors so they can prep their scenes and change into wardrobe? Or will they have to use the bathroom or their car to undress? How about parking? Are you renting a grip truck that day? How close can you get the truck to the location? Do you have to pay for parking? If parking is limited, do you need to organize carpools? What about load-in? Are the floors in danger of being damaged from your equipment? Do you need to bring mats or rugs?

I can go on for paragraphs with the minutiae that pops up on a film shoot but I am sure I made my point. Encouraging your department heads to scout a location will help the production run smoothly the day of the shoot. Since this is an independent film with little to no budget, this may be an impossibility; people have busy lives and if you have multiple locations, it just may not be possible to accommodate everyone’s schedules. If you have to scout solo, do a minute-by-minute run through of what the production day will be like. Now assume everything will go wrong. Your production assistant fell off a ladder. Where is the nearest emergency room? You need to buy props. Where is the nearest hardware store? Your crew is getting sluggish. Where is the nearest coffee shop? You need more petty cash. Where is the nearest ATM? And take photos. Lots of phots. And video. Now that every cell phone has a camera, there is no excuse to not document the space. I will go as far as to bring my Sony DSLR with different lens options: 15mm, 24mm, 50mm & 105mm to capture potential framing in the location to match storyboards. I often receive questions from my production team about a potential location. It helps to have these location photos saved in a google drive or dropbox.

My last word of advice on locations: always have a backup. I may sound crazy to you, but Murphy’s Law is a bitch and I’ve had locations fall through at the last minute too many times. It helps if you have a backup, especially if it’s an important scene.

Here is an example of what can happen when filming on location. For the final scene in Food Cart, I needed a room full of extras. The scene was an industry party for a fictitious food magazine. The setting required an expensive restaurant or event space, and since we didn’t have much of a budget for set dressing, or even a team to do the decorating, we wanted a real location that had a unique interior design. My producing partner reached out to a friend in the restaurant world who graciously discounted her space and we settled on Plaza Del Toro. You can see photos here. 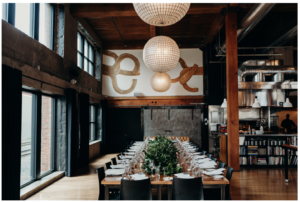 To guarantee enough extras, I made the bold decision to combine filming the final scene with the production’s wrap party. We gave cameos to some of our generous investors to massage their egos and said “thank you” to our actors & crew by allowing them to invite their friends and family for free drinks and food. We received donations of wine and beer and spent a third of our $10K budget to rent Plaza del Toro and pay for the food & prep.

The schedule was simple. The scene was to take place at night. The restaurant would let us load in at 3pm. My lighting team planned on covering up the windows to cut off the daylight.  We would film all of the closeup shots that didn’t require extras, and once the extras arrived for the wrap party at 7pm, we would film the last five wide shots, wrap principle photography, let the beer and wine flow, and move around the party filming the extras having a blast. Very cinema verité.

When we scouted the location the week prior, the restaurant manager agreed to our plan, we shook hands and I personally signed all of the paperwork renting the venue. The day of the shoot I was informed by a completely different manager that we were not allowed to use a ladder to cover up the windows – even though it was agreed upon previously, It was specifically stated on the paperwork I had signed that using a ladder above the first floor was prohibited. I could not get her to budge. So, my crew and I waited three hours for the sun to set far enough to be able to start filming. 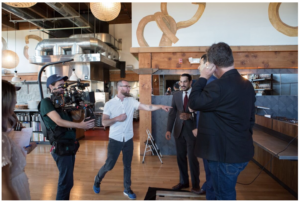 We had barely begun before the extras started arriving and the wine and beer was served. Filming actors with dialog is difficult on a controlled set and suddenly we were in the middle of a raucous party! Thank god my Assistant Director Wil Kristin proved his meddle. He grabbed a microphone connected to the PA system and directed the extras and background actors, calling “quiet on the set” and “background action” while I worked with the camera crew and the actors to get our scenes. God bless the extras. They were excited to be a part of the process and allowed us to finish just in time before we had to wrap out. And the super talented DP Sean Conley still managed to grab verité scenes of the party somehow during all the resets and packing out of the venue. It was perhaps one of the most stressful scenes I ever had to direct but I am so proud of my team and what we were able to capture.

The moral of the story is this: location scouting is vital to any location shoot. And make sure you read the fine print when signing a document!

Article was originally published at lucaslongacre.com