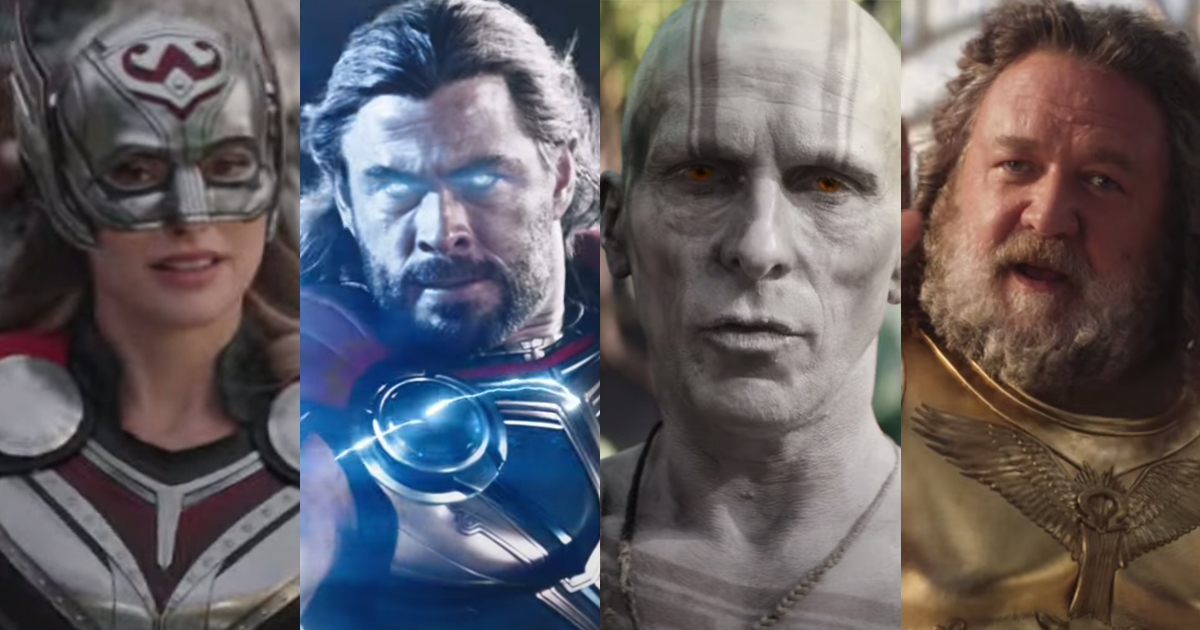 Marvel Studios has released the official trailer Thor: Love and Thunder, the fourth Thor film and the 29th film in the Marvel Cinematic Universe.

The film picks up after the events of Avengers: End Game, and features the return of the God of Thunder (Chris Hemsworth), as well as the Guardians of the Galaxy (Chris Pratt, Dave Bautista, Karen Gillan, Sean Gunn, Bradley Cooper, Vin Diesel, Pom Klementieff) and Valkyrie (Tessa Thompson). The trailer gives us a better look at Jane (Natalie Portman) as the Goddess of Thunder, and gives us our first official look at Christian Bale as Gorr the God Butcher and Russell Crowe as Zeus.

Thor: Love and Thunder, directed by Taika Waititi and written by Waititi and Jennifer Kaytin Robinson, hits theaters on July 18, 2022