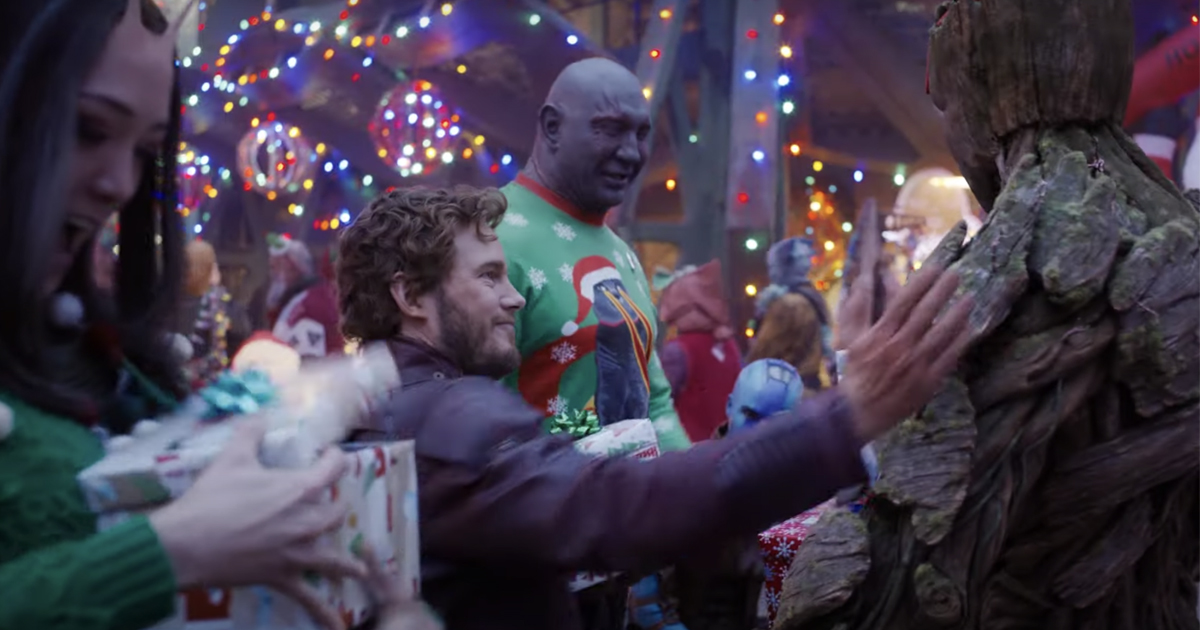 Disney has released the trailer for their upcoming Christmas offering, Guardians of the Galaxy: The Holiday Special. The Disney+ special has James Gunn (who was just named as co-head of DC Studios) returning to write and direct, and will star Chris Pratt as Star-Lord, Zoe Saldana as Gamora, Dave Bautista as Drax, Bradley Cooper as Rocket, Pom Klementieff as Mantis, Vin Diesel as Groot, Karen Gillan as Nebula, Sean Gunn as Kraglin and Kevin Bacon as himself.

The story has the Guardians returning to Earth to cheer Star-Lord up after the loss of Gamora (or at least his Gamora) in Avengers: Infinity War. The Guardians were last seen in Thor: Love and Thunder earlier this year, and will next be seen in the upcoming Guardians of the Galaxy: Vol. 3 (they can also currently be seen in the ride Guardians of the Galaxy: Cosmic Rewind at Walt Disney World’s EPCOT them park, the footage for which was filmed at the sane time as the Christmas special).

Guardians of the Galaxy: The Holiday Special streams on November 25 on Disney+.