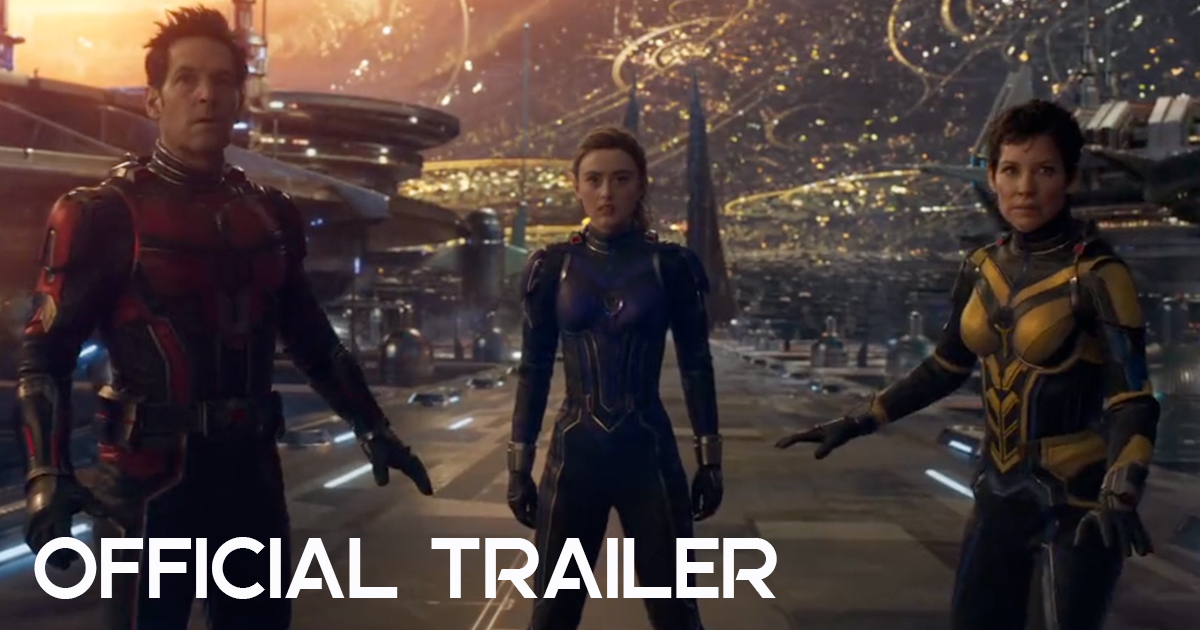 Marvel Studios has released the first trailer for the highly anticipated  Ant-Man and the Wasp: Quantumania, starring Paul Rudd,  Evangeline Lilly, and Jonathan Majors as Kang the Conqueror.

The trailer has Scott Lang (Rudd), Hope Pym (Lilly), Hank Pym (Michael Douglas), Janet Van Dyne (Michelle Pfeiffer) and Cassie Lang (Kathryn Newton, replacing Emma Fuhrmann) entering the Quantum Realm, where they discover an entire universe below ours. There, they come face to face with Kang the Conquerer, who, like his name indicates, is not up to anything good. We last saw Kang face off against Loki in the season finales of the Disney+ series, Loki, and at the very least, we’ll be seeing him again in Avengers: The Kang Dynasty.

We also get a glimpse at Bill Murray in a yet-to-be specified role, though we didn’t see the popular comic book character MODOK  that attendees of D23 got to see back in September.

Ant-Man and the Wasp: Quantumania jump-starts MCU’s Phase 5 and is scheduled for theatrical release on Feb. 17, 2023.

This February, enter the Quantum Realm.