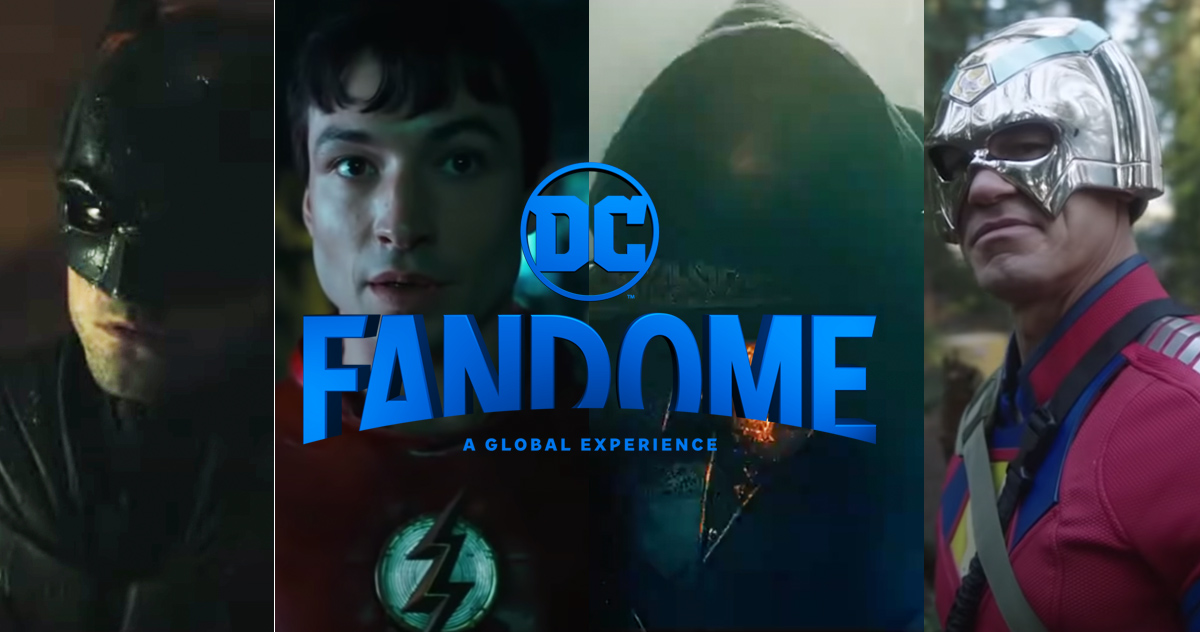 DC held their now annual DC FanDome event, which highlights upcoming DC projects from the world of film, television, streaming, comics and games. The nearly four-hour online broadcast featured teasers and trailers from some highly anticipated projects, such as The Flash, The Batman, Black Adam, Shazam! Fury of the Gods, Aquaman and the Lost Kingdom, Peacemaker, and DC League of Super-Pets, plus panels and/or behind the scenes from series such as CW’s The Flash, Superman & Lois, Legends of Tomorrow, and Supergirl, a 20th anniversary tribute to Smallville, and much, much more.

Below are some highlights, plus the full DC FanDome event.

Aquaman and the Lost Kingdom – Behind the Scenes Clip

Shazam! Fury of the Gods – Behind the Scenes Clip