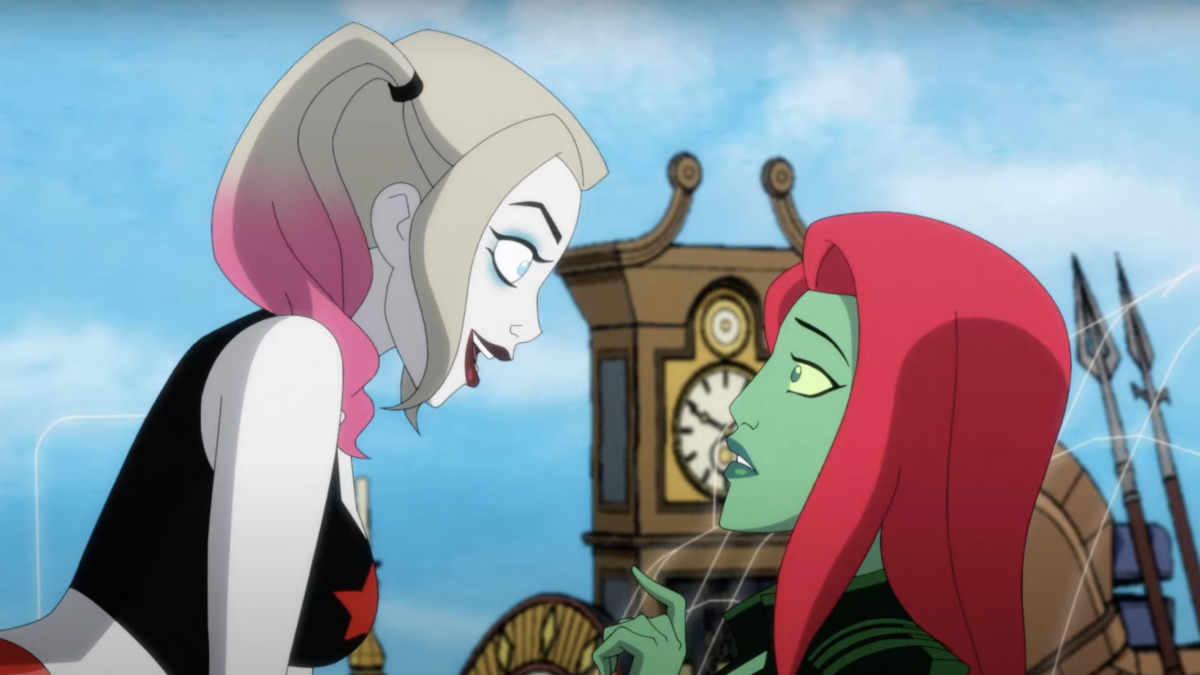 This week fans of Harley Quinn were tweeted to two trailers for the upcoming third season of the animated series staring Kayley Cuoco.  It returns on July 28 with a three episode premiere,  then followed by one weekly episode until September 15.  Just be warned, if you have not watched the series, it is NOT for kids. So, have them cover their eyes AND ears as you enjoy of Harley Quinn at her raunch and bloody best.
There’s a reason they call this the red band trailer.

According to HBO Max’s synopsis, “The mayhem and madness continue in season three of this biting and uproarious adult animated comedy series. Harley Quinn and Poison Ivy return to Gotham as the new power couple of DC villainy.  Along with their ragtag crew – King Shark (Ron Funches), Clayface (Alan Tudyk), Frank the Plant (JB Smoove)—‘Harlivy’ strives to become the best version of themselves while also working towards Ivy’s long desired plan of transforming Gotham into an Eden paradise.”

Check out the first two seasons of Harley Quinn on HBO Max.  Both the red band and the tamer trailers can be found below.