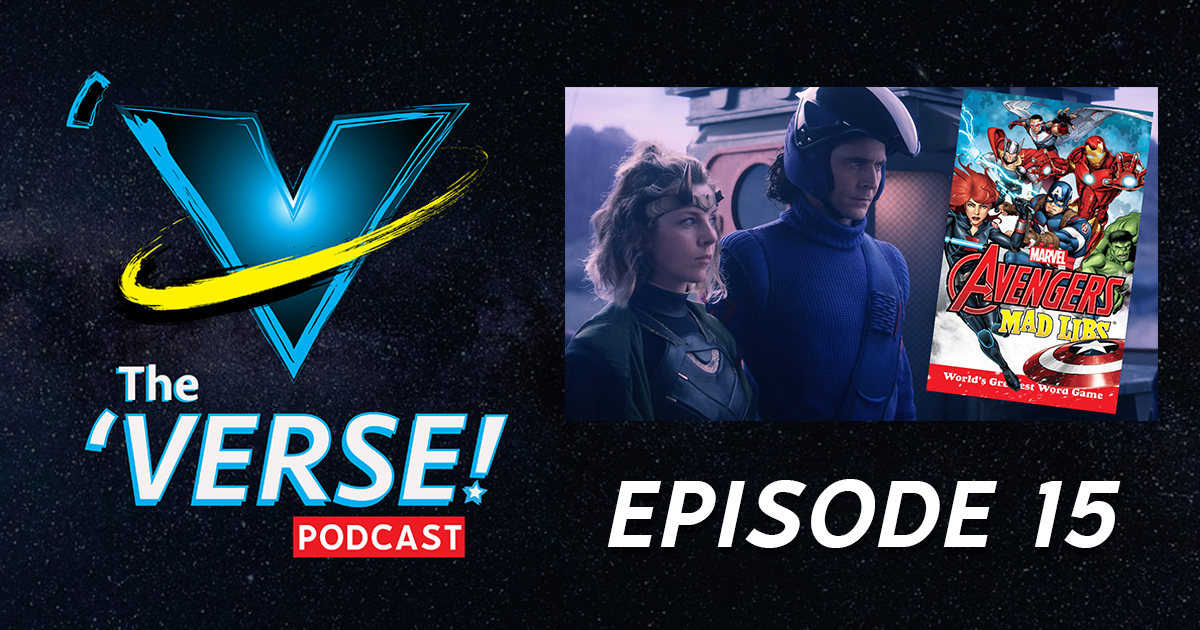 Welcome back to The ‘Verse! – the podcast where we visit different corners of the cinematic universes from Marvel, Star Wars, DC, and beyond!

This week there were some, let’s just say, interesting takes on Episode 3 of Loki. Some of the Squad loved the episode and others were, to put it mildly, disappointed with the episode’s outcome. However, there are still 3 total episodes left of Loki so this is not the time to tune out but instead tune in. Episode 3 brought us some pretty intriguing character development of Loki and Sylvie (NOT Lady Loki- she despises that name). Both have mommy issues, both trust no one, both are mischievous in their own right, and Loki got drunk. Oh! AND he broke the temp pad so he and Sylvie are trapped on this planet that’s about to face apocalyptic doom. Or are they?

Loki Episode 3 may not have been the Squad’s favorite thus far of the series but it sure did provide for some very intriguing discussion on theories and predictions. Moving forward into the second half of Loki, some of us think this episode was all an elaborate illusion with either Loki tricking Sylvie or vice versa. Because face it, would the Loki we know and love get drunk on a train (total Thor move) and somehow break his only chance of escape? Think about it. Another theory/prediction is the possibility of seeing a Gamora appearance and yes we are talking Guardians of the Galaxy Gamora. Remember when she disappeared at the end of Avengers: Endgame and Peter Quill aka Star-Lord couldn’t locate her? Maybe that’s because the TVA intercepted her on the battlefield since she technically was a time-variant. (Mind blown) Lastly, we’d like to predict that Mobius M. Mobius, played by Owen Wilson will get his jet ski and eventually ride off into the horizon because who wouldn’t want to see that.

When it came to the news this week we had some news thieves within the squad but that didn’t stop us from breaking down the latest trailer for Shang-Chi and the Legend of the Ten Rings, ragging on Indiana Jones 5 since Harrison Ford hurt his shoulder in what appears to be a non-action-related stunt (just let the poor man retire), Foundation is coming to Apple TV+ this September, and how unbelievably pumped we are to see F9 (could you read the sarcasm there).

If you’re looking to dive deeper into the ‘Verse! make sure to check out some of our extended episodes such as our interview with Jordan Blum, co-creator of M.O.D.O.K., and with Simon Racioppa, showrunner for Amazon’s Invincible. Next week we’ll be covering, you guessed it, Episode 4 of Loki as well as Emilia’s blindspot of Star Wars Episode V: The Empire Strikes Back.