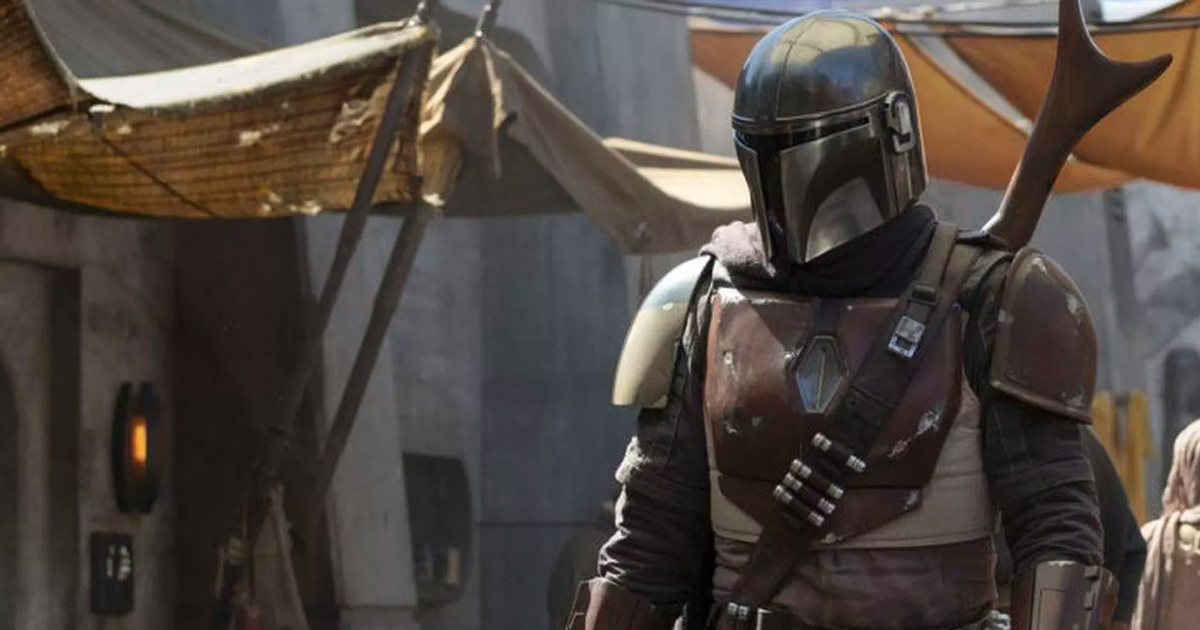 PLOT: After the stories of Jango Fett and his cloned son Boba Fett, another Mandalorian warrior emerges in the Star Wars universe. THE MANDALORIAN is set after the fall of the Empire in RETURN OF THE JEDI, well before the emergence of the First Order. We follow the travels of a lone Mandalorian gunfighter, through the outer reaches of the galaxy, far from the authority of the New Republic.

CHAPTER ONE: A Mandalorian bounty hunter tracks a target for a well-paying secretive client.

CHAPTER TWO: The Mandalorian discovers before he can leave the planet with his target in-hand, he must first contend with a few competitive Bossk species bounty hunters, as well as some Jawa scavengers who dismantled and stole essential parts of his ship.

REVIEW: First, I need to state the obvious, that the show feels a lot like a live-action version of the animated Clone Wars shows. The same type of writing, plotting and story beats. This is not a bad thing, as I am a HUGE fan of The Clone Wars.
I was super entertained by the first episode, which did a great job introducing us to our protagonist and what he does for his living. We got some well-choreographed action, solid but minimalist dialogue, and some amazing special effects; both visual and practical. There was NO preaching, grandstanding, or pandering to special interest groups. It is just simple storytelling. And what a great ending!

In episode two, we continue after the events in episode one, and again, minimalist dialogue, but great storytelling. Our hero is confronted by a new set of problems that he must overcome, and along the way, makes some mistakes and discoveries. I like how this story is being slowly unwrapped for us, episode by episode.
In the new Mandalorian series, so far we have gotten to see:
1) What happened to all those unemployed Storm Troopers.
2) Portable Carbon Freezers.
3) How to cook a Kowakians (Salacious B. Crumb’s species) on a spit.
4) That the baby Yoda’s species is adorable.

All I have to say is FINALLY there’s a Star Wars hero who is starts out imperfect, and has an actual character arc, unlike the saga’s current resident Mary Sue. I love how this character has typically bad luck mixed in with the good and has to overcome each situation presented in each episode. This is a Star Wars show that was clearly written for actual Star Wars fans. You know, the legacy fans that actually helped George Lucas turn his franchise into the 4 plus Billion Dollar franchise it is today.
No, Disney has not fully redeemed itself. But, this show is a damned good start. Dave Feloni and Jon Favreau are an incredible team, and these two should be running Lucasfilm. Thank you guys, for actually delivering some real fan service.

Also, I loved that they made Jawas the repugnant creatures they are.
Because they tried so hard, and because it was actually very good, I am giving THE MANDALORIAN a near-perfect score of 9 out of 10 Potatoes.