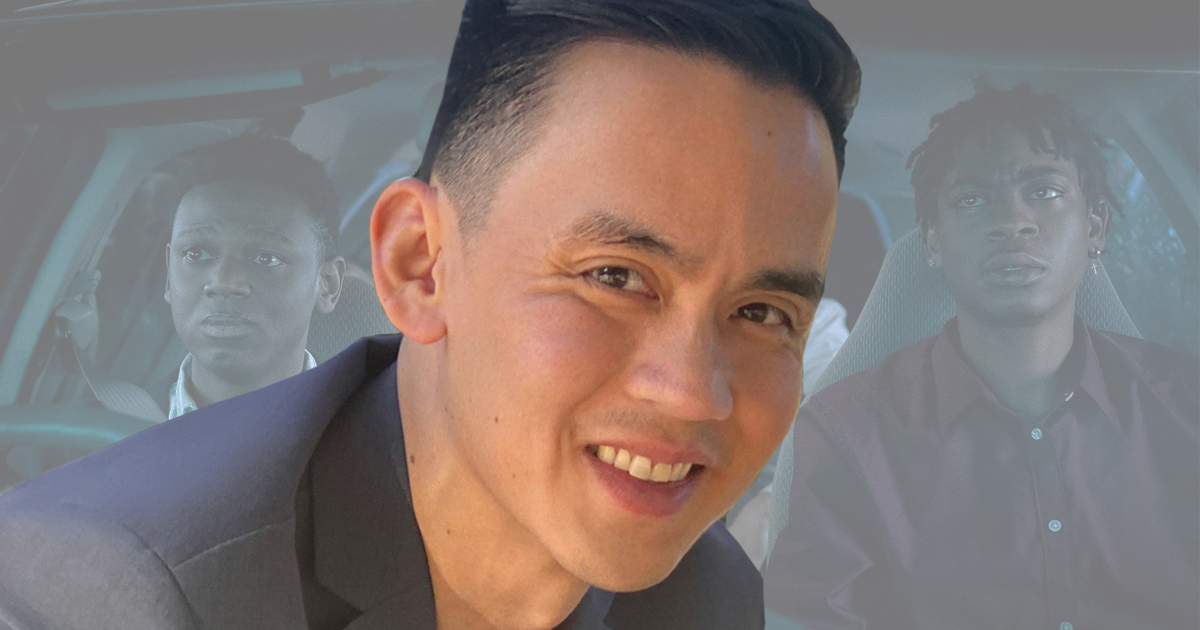 In the comedy-thriller Emergency, friends Sean (RJ Cyler) and Kunle (Donald Elise Watkins) discover an unconscious girl (Maddie Nichols) in their college apartment during a night of partying toward the end of the school year. The pair, along with their roommate Carlos (Sebastian Chacon), try to bring the girl to safety without raising any suspicions from the authorities, while her sister (Sabrina Carpenter) desperately searches the campus for her.

Based on the short film of the same name, Emergency was directed by Carey Williams from a script by KD Dávila. Handling editing duties is Lam T. Nguyen, in his first feature narrative film. Previous to Emergency, Nguyen worked on a series of short and feature-length documentaries, as well as the television series Dead of Night.

We recently spoke with Nguyen about his work on Emergency.

Thank you very much for taking the time to speak with us. Congratulations on EMERGENCY. I thought it was a really fantastic film.

Thank you so much.

Carrie and I worked on a recent feature, #Romeo and Juliet. We worked on that for a year during COVID, and it got into Sundance that year. Then EMERGENCY came up, we were talking about it as we were wrapping up the project. But once it came to light, he thought of me. He’s like, “Hey, man, read the script. So, do you want to do this with me? And so, he really wanted me to be involved. I’m glad that he thought of me. And once I read the script, I hoped I can be a part of it.

Did you use the original short film as source material at all?

No, I didn’t. I’d seen that short before, and once I started this project, I watched it again, just kind of refresher, but I didn’t reference it as much. This just features an expansion, and it has the same kind of tone but has more genre mixes into it.

The tone of the film definitely fluctuates, and while a lot of that has to do with KT’s script and the performances, obviously a lot of it came from you in the editing process. Can you talk about your role as an editor in creating the tone for the film?

You could see the balance between comedy and drama in the script. Carrie and I were talking about it, and we were like, ‘Okay, well, what kind of movie is this? What do we really want it to be more of?’ Obviously, the topic is sensitive, but we didn’t want to hit everyone over the head with it. The goal is this is a drama, but to use comedy to relieve the tension and to get people more engaged in it. That was a thing that was challenging for me. There are a lot of great actors that did such a stellar job, and they own the characters and so many great adlibs. But a lot of times the scene can get way too silly, so we were like, ‘Alright, let’s cut that back and pull the drama back and bring the audiences back onto the train.’ Same thing with drama. We tried not to get too dramatic or too emotional. Hit it just write and then pull it back with some comedy and keep going. So as an editor, I definitely kept that in mind throughout each scene, and see it from the perspectives of our characters. It’s a drama, but we wanted to use comedy to relieve the tension. it’s really surgical.

Your job is reliant on the performances and the coverage. Can you talk about working with Carey to make sure you have enough coverage to work with?

They got me involved during the production, so while they were filming in Atlanta and I was doing the dailies here in L.A. Carey comes from an editing background, so he has an understanding of what needs to be done in post. We were very communicative during production. I would cut these dailies and he’d be like, ‘Hey, if you feel like there’s something that you really need or that we don’t need, let me know.’. So, we talked every day and we definitely made sure that we got enough coverage that I wouldn’t have any post headaches or pickups.

Being able to turn these dailies around and craft the film as you go is a powerful process, I imagine.

Yeah, but it’s also a little bit of pressure, you know? There are producers and directors that are relying on you. So, hopefully, whatever I suggest is worthwhile and not wasting time on production. I didn’t want metal too much on the schedule. When I came into editing, it was still analog years ago, and to see how it evolved into digital is pretty awesome. I think it’s becoming more common for editors are cutting dailies during production because of the efficiency of these programs. Now the goal is to have a first cut of the film right after they finished wrapping up production.

The context of the subject matter of the film is pretty heavy in moments, but I think it was dealt with in a way that we haven’t really seen before. That’s got to be a lot of pressure from an editing standpoint to make sure that wasn’t too heavy-handed or wasn’t taken too lightly.

Thank you for that. When Carey and I worked through the director’s cut, a lot of scenes become super sensitive, and we talked about it delicately. For us, it was a matter of how the audience was going to feel. We wanted the audience to be open-minded on both sides, For me, I try to not get overwhelmed by it, because he could get lost within the topic. The purpose of this story is these two guys and their friendship. I kept mindfully, to my best ability, to show that perspective to the audience and to kind of feel it more than just watching it.

You’ve worked on documentaries as well. They say that television is a writer’s medium while film is a director’s medium, but I feel like documentary is more of an editor’s medium, because you’re really crafting the story in post. Can you talk about the process of trying to put together a story based on what could be just a series of random series of clips?

Yeah, they give you so much footage and you got to go through it all because got to go through this process of going through the footage and then go through it again. In general, you know, what they’re going for, but it’s definitely a writing process. You’re writing with pictures, but it’s a writing process. As an editor, you’re really involved. It’s something that I’m glad I did because it definitely helped shape me as a storyteller. Even in narrative features, the post-production is also another rewrite phrase, so I think that a documentary background helps transition with the narrative rewrite a little bit easier.

You’ve worked in various roles and production, editing, writing, producing. Is there any one of them a particular job that you feel best suits you creatively?

It’s definitely editing. It’s awesome to be involved from the beginning and to see it evolve to the end. So, I definitely think editing is my best trait. It’s great to watch Carrie and other great directors and learn from them, see how they handle things. Directing is something that’s on my mind, but right now, I am more comfortable editing.

Do you have any advice for anyone out there that’s just getting into editing and is learning how to how to tell a story in editing?

The editing software is more accessible and a lot cheaper with the subscriptions. So, definitely practice that and really try to learn the shortcuts. Because you will be in a room to edit with the director and producers, and you can make quick shortcuts and make notes quicker. That makes the day go faster. But I think my main advice for new editors is to be open-minded. When you first start working with notes, they may ask you to do the same note again, because they’re not happy, but you keep trying and you think there’s nothing else you can do. But then I’ve learned that there is also there’s always something that you can do. Be very open-minded. Be very collaborative. They are not pinpointing what you’re doing wrong or right, it’s more of what’s best for the story. If I can tell that a producer and director are not completely 100% satisfied with the scene, that’s going to bug me as an editor. And so, I’m not like, I’m always going to try to find a new idea. Take their idea and mold it into your own voice. That’s something they appreciate. If you have something new to add to it, they love that stuff. So, I learned not to be afraid of throwing in my own ideas as well, even though they have a specific vision in mind. It’s a collaboration. So, it’s very being very open-minded, because as editors, you get really protective of your work. I think if you’ve just got to let it go and do what’s best for the story.