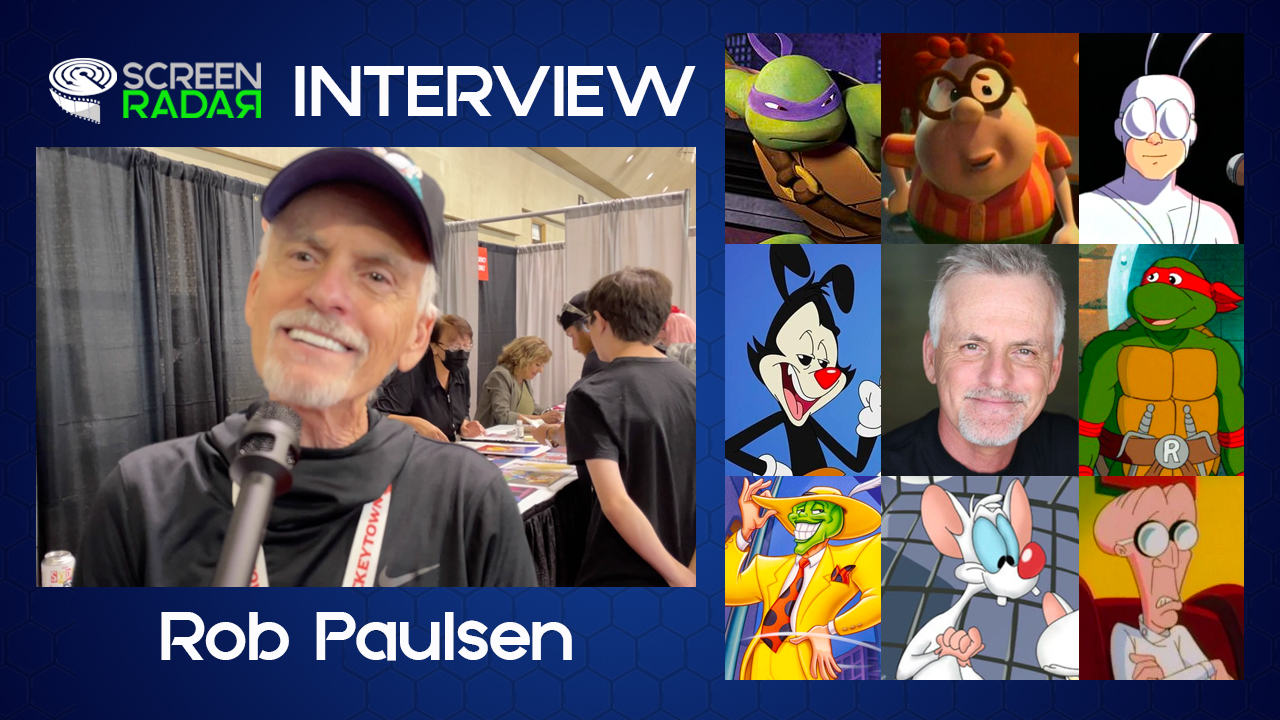 Rob Paulsen has been lending his voice to our favorite animated characters for nearly four decades. He is best known for his roles of Yakko, Pinky and Dr. Otto von Scratchansniff from Animaniacs, Raphael from the 80s Teenage Mutant Ninja Turtles (as well as Donatello from the 2017 reboot)  and Carl Wheezer from Jimmy Neutron: Boy Genius.

Paulsen is a four-time Annie Award winner, as well as a Daytime Emmy winner for his work on Animaniacs, and he was the host of the popular voice acting-themed podcast, Talkin’ Toons. In February 2016, he was diagnosed with stage III throat cancer, though after undergoing treatment, his cancer went in remission.  Following his battle with cancer, he wrote a memoir called Voice Lessons: How a Couple of Ninja Turtles, Pinky, and an Animaniac Saved My Life.

We spoke with Rob Paulsen at Fan Expo Canada about connecting with fans, his voice after cancer, and his thoughts on stunt casting.