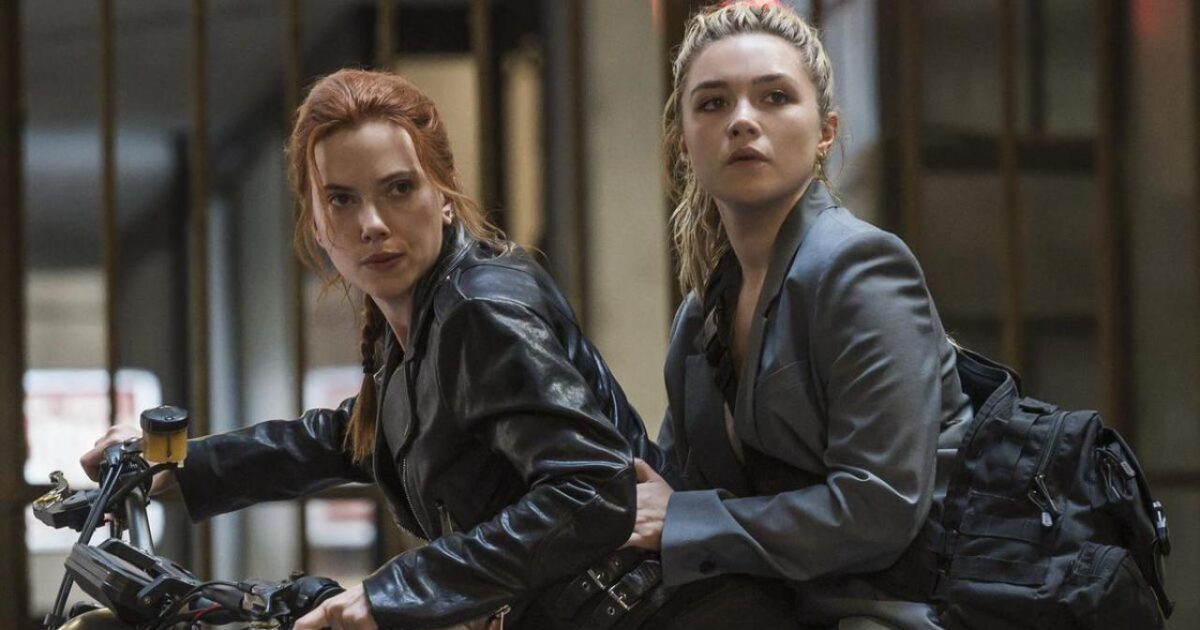 Let me start by saying that I love Marvel films. As someone who always wanted to read the superhero comic books as a kid, but always felt like an outsider because the idea of tackling decades of comic books history was too overwhelming to take on, the Marvel Cinematic Universe (MCU) finally welcomed me and ten millions into the family. What Marvel pulled off to this point is more than a film series, I’d say they are a work of genius. They combined decades of stories, characters and fandom into one universe that is accessible to anyone, no matter what your comic book knowledge. Not only that, Kevin Feige and company were they able to pull it off so well, the end results ultimately feel like one big world of comic book heroes.

My enjoyment of the MCU has extended so far that it has inspired me to create/produce a podcast centered around Marvel, DC, Star Wars and other cinematic universes. Called The ‘Verse!, and led by a team of 4 amazing co-hosts (plus a robot sidekick) it is widely considered to be the premiere podcast about the subject. Sorry about the shameless plug (but you can find it on Apple Podcasts, Spotify, Amazon Music and wherever podcast are shared). The point I want to get across is I truly enjoy Marvel’s work. Which is why it pains me to say this, Black Widow is okay.

Not amazing, not incredible, not even great. its pretty good. The film is finally available for Marvel fans after the long, long delayed theatrical release – due to COVID. Before that there was an even longer wait for a much-needed Black Widow/Natasha backstory film to even be put into production. The ideal window, somewhere between Marvel Phase 2 and 3 passed. And not that it is here, the results of the wait seem anticlimactic. The film simply does not hold up to the standard set by preceding MCU films.

The more I tried to justify the decisions made here and/or ignore the flaws, the more undeniable they became. This is not a case of Black Widow just not being the film for me. Sure, it is probably closest in feel to the action-heavy Captain America: Winter Soldier, (a film where I am in in the minority when placing it toward the bottom of my MCU rankings), but the genre is not the issue. I enjoy action films quite a bit. Black Widow’s problems lie elsewhere. It is not the action sequences, not the character, nor the lead performances either – the problem runs deeper. What it comes down to is I feel that Marvel tried to cheat a little and was caught in the act. I will get back to that shortly, let me first provide some backstory and also point out some of the praise the film deserves.

The story revolves around, you guessed it, Black Widow aka Natasha Romanoff (Scarlett Johansson). We get a glimpse of her life as a child, where her household may seem like your typical family, but we quickly learn this is not the case. Her father Alexei Shostakov/ Red Guardian (David Harbour), her mother Melina Vostokoff (Rachel Weisz) and her sister Yelena Belova (played as an adult by Florence Pugh) are always anticipating that moment when their secret identities are revealed forcing them to take action. In a tremendous opening sequence we get just that.

A day of playing and running through fields of fireflies turns into a heart-racing escape. Honestly, the set piece is my favorite scene in the film and may be one of the best Marvel sequences in recent memory. Maybe that is part of the problem. These opening minutes teases the film we could have had. The bar was set very high and is never met again. Oh no, I feel like I am heading into the negative again. Pause, Filmsnork. Take a breath. Going positive.

The action! Yes, this film is full of amazing stunts, explosions, fights, gunplay and more. If you are a fan of The Bourne Identity, the Mission Impossible films and James Bond you will have a blast watching what-will-they-do-next action sequences. There is no denying that Johansson and Pugh deliver some spectacular on screen physical feats, and for action movie fans, they are worth the price of admission.

In addition the family dynamic is handled well – something I would love to have seen explored much further. This is not your typical happy family, there are secrets, lies and betrayals. All are touched upon but often barely below surface level. Instead of focusing on the most intriguing aspect of the characters the filmmakers felt the need to rush off to the next high stakes action piece or learn more about the inane evil plot that the family ultimately must work to prevent. Every time the story shifts away from the Romanoffs I was left wondering why. I understand that you need more than a family therapy session to make a Marvel film. Even so,this is where the film should have lived – firmly centered around the family relationships and sisterly rivalry combined with some action/adventure. That is where THIS part of the Black Widow story, at this point into the MCU timeline, should have lived.

Instead, what we are delivered is a film that desperately attempts to make up for the absence of the needed Phase 2 film, mashed together with a Phase 4 film that feels the need to constantly remind us when over and over about its place in the timeline. Avengers name dropping, a barely sensical evil plot and a paper thin villain (Dreykov played by Ray Winstone) and his laughable henchman sidekick all plague a film that takes bites off more than it can chew, then pushes that plate aside and shoves more down ours throat before we can even grasp what was on the first plate. It often feels rushed and at its worst discombobulated.

Where the blames lies for the film’s flaws seems obvious. While it would be easy to blame director Cate Shortland for not quite having a handle on it all or Eric Pearson‘s screenplay for taking on too much, that would not be fair. Shortland nails both many of the smaller moments and also the larger scale action pieces. Not only is she and Pearson tasked with reconciling the Marvel sin of the MIA Black Widow origin film, they also was saddled with the task of trying to tell a coherent story while the true goal here is spring boarding new characters whose Marvel futures have already been signed on the dotted line.

With all that said, Black Widow was still a fun and entertaining film. And, if you were to strip away the Marvel brand and characters, this is a fairly successful action film. But when it comes down to it, this IS a Marvel film and must be held to that standard – fun and entertaining arte not enough when you are world building. After so expertly handling over twenty films and three TV series before this, this one lacks the finesse and final polish required to feel like a true success. 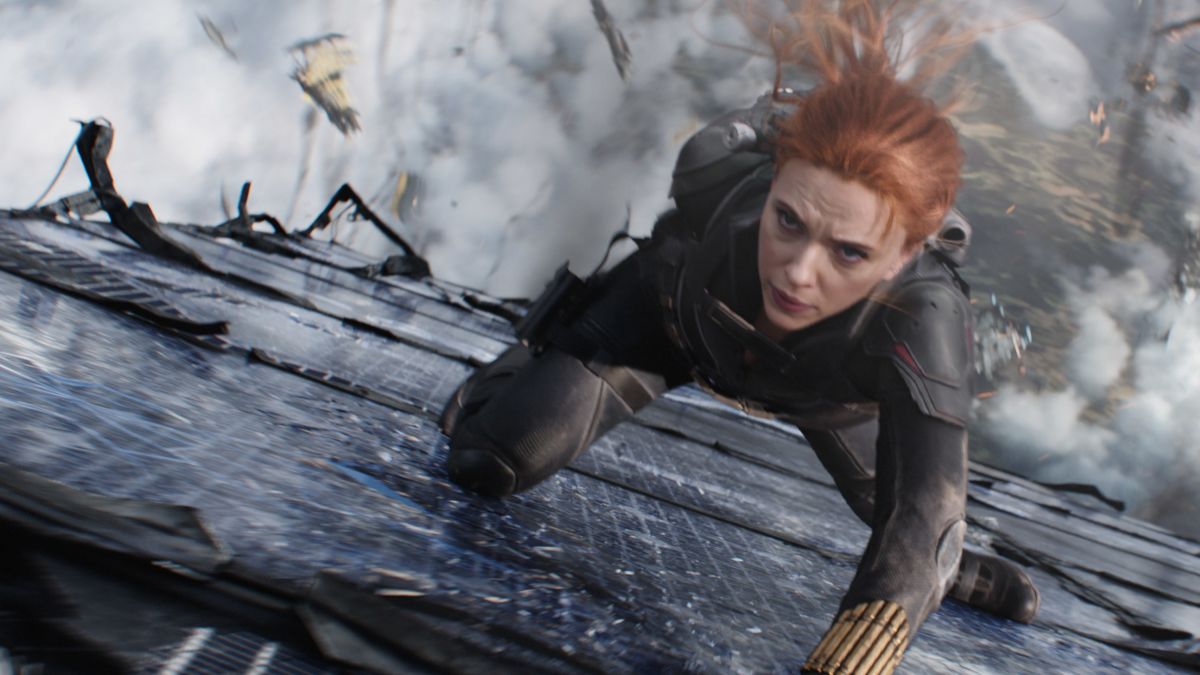 Perhaps this is partly why the film does not quite connect to the rest of the universe all that well. Maybe it never needed to. Forcing in lines and moments like nagging reminders to viewers that this is a Marvel film fall flat. Instead of creating more connective tissue these lines/moments feel forced and are distracting. It is as if they did not have faith that Black Widow (and family) could carry the film.

When all is said and done the character still feels cheated out of a true origin story that does not just brush over large stretches of her past substituting them with exposition and explosions. Knowing that this is the end of the Black Widow story going forward there is a surprising lack of closure. Sure we get a scene that I guess was meant to be our goodbye, instead it was cheapened with ulterior Marvel motives. I feel cheated. That is the main reason why this film never reached the heights I hoped it would – the focus was split. It wants to be too many things. It left me wanting more and less simultaneously.

No matter how hard they try to crowbar this film into the MCU timeline it will always feels like the overtasked afterthought it is. Ideally, in a perfect scenario, there would have been a true Black Widow origin film followed up with a Marvel Disney+ series where proper time is provided to explore the family dynamic and, if necessary, launch Yelena on her Marvel path.

Black Widow has always been one of the most mysterious and intriguing characters in the MCU and it saddens me that she will never get the exploration nor sendoff she deserves. After her role in Avengers: End Game this was one of my most anticipated films which explains why I am so hard on it. Others may be just fine with the results, but I wanted more – more that will never come.

Like all Marvel films that disappointed me, I will probably watch this film several more times in hopes of finding that something missing, that spark, a reason it did not click with me. The truth is, I truly do not think I will find it. There’s lots to appreciate, wall-to-wall action, great performances by Johansson, Pugh, Weiss and Harbour, an inspired score by composer Lorne Balfe and a little (probably too little) humor. Sadly, even the mighty Romanoffs cannot overcome the flaws and must settle with a middling to low entry in the Marvel Cinematic Universe.

This film would be the perfect subject for the newly announced Disney+ Marvel “What If?” series. What if Marvel delivered a Black Widow standalone film years back when it should have instead of mashing it together with a second film to middling results? What if they had enough faith in the Black Widow character to ditch all the distractions and dig in deeper? What if? I guess we will never know. RIP Black Widow.

The long-awaited Black Widow film delivers the action and characters we want, but they get tangled in their own web leaving us with less satisfying results.