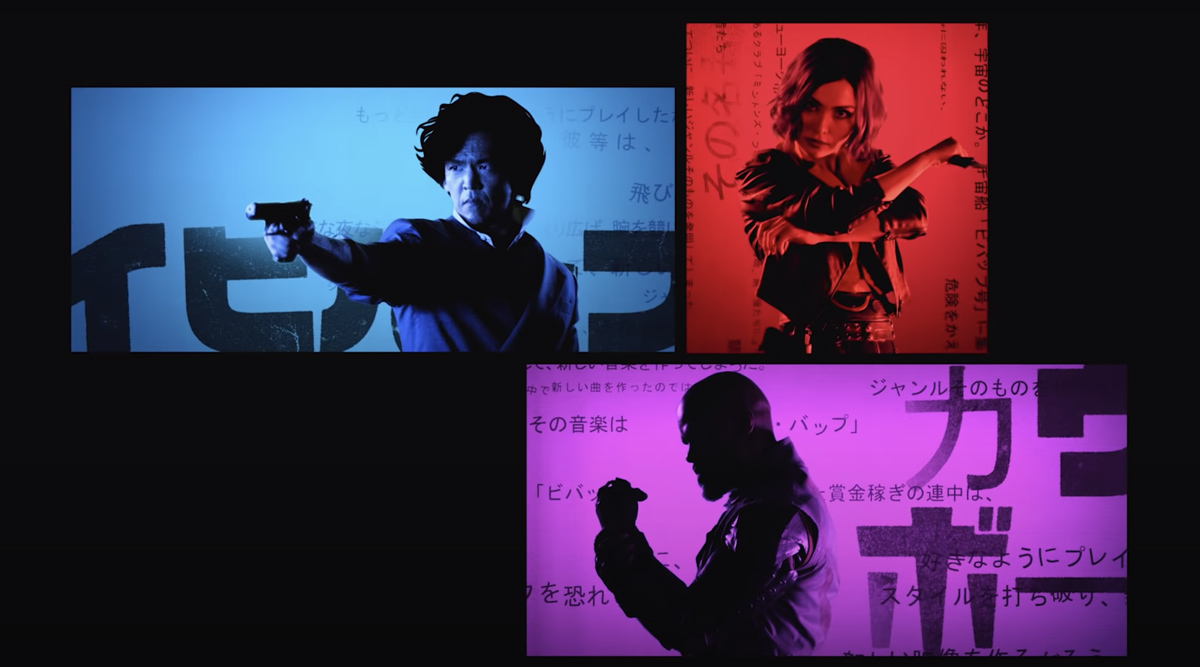 Netflix has likely laid a lot of skeptical minds at ease with the opening credits of their upcoming lice-action adaptation of the classic anime Cowboy Bepop. Not only have they kept the same pop aesthetics, but have used Yoko Kanno’s iconic opening theme song.

COWBOY BEBOP is an action-packed space Western about three bounty hunters, aka “cowboys,” all trying to outrun the past. As different as they are deadly, Spike Spiegel (John Cho), Jet Black (Mustafa Shakir), and Faye Valentine (Daniella Pineda) form a scrappy, snarky crew ready to hunt down the solar system’s most dangerous criminals — for the right price. But they can only kick and quip their way out of so many scuffles before their pasts finally catch up with them.

Out own Jeff Heller moderated a Q&A with original Cowboy Bebop voice actor Steve Blum at the 2018 Niagara Falls Comic Con, which you can watch below.