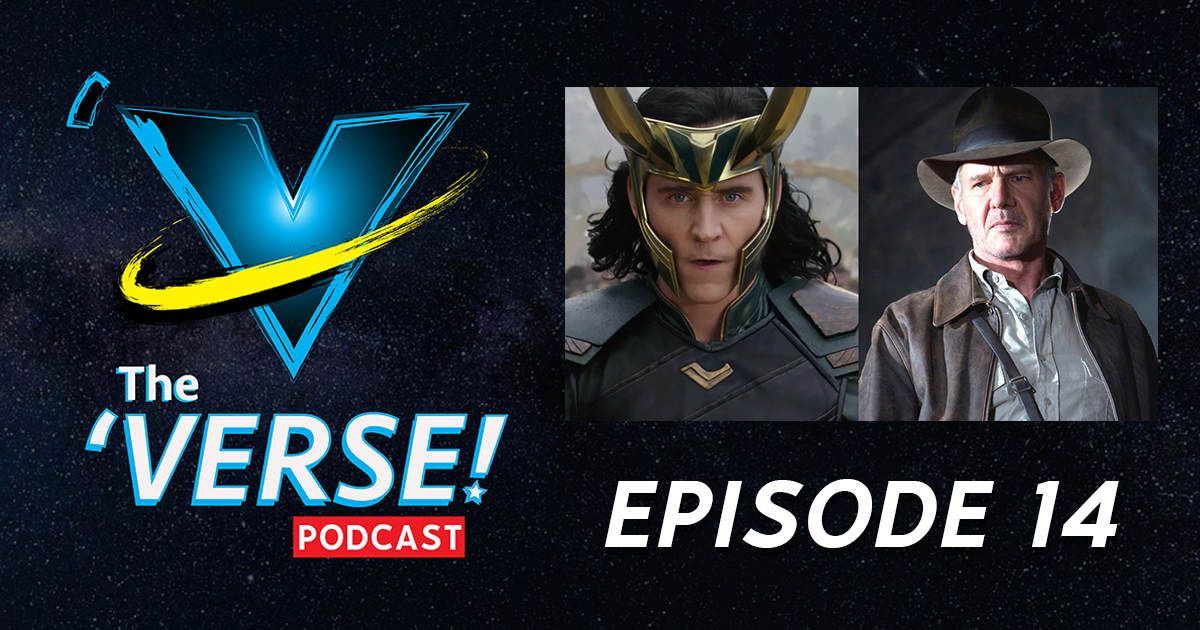 It’s that time of the week to step into The ‘Verse! Okay, okay, I know we’re late, but the podcast where we visit different corners of the cinematic universes is ready now. We’ll cover Marvel, Star Wars, DC, maybe too much Fast and Furious, and beyond!

Are Wednesdays your favorite day of the week yet!? The ‘Verse! Squad would have to say yes since that’s when we’re all getting our weekly dose of Loki. Only two episodes into this series and we are HOOKED! But, what did we learn this week from Loki? Well, the God of Mischief is still mischievous (insert sarcastic gasp), Owen Wilson aka Mobius M. Mobius is no fool and smells Loki’s mischief from a timeline away, and Loki’s alter variant is a (BLEEP!). Sorry, no spoilers here but you can find out the Squad’s thoughts on the cliffhanger by streaming our latest episode, and Norm will tell us why all our immediate assumptions/theories on Loki are straight-up wrong. BUT there’s still plenty of time for other theories to surface or even come true as we still have 4 episodes of Loki left.

Now if you’ve been watching and listening along with us, you know that Loki has reminded the Squad of some of our favorite sci-fi films like Jurassic Park, and we are here to put your minds to ease since Loki director Kate Herron CONFIRMED that she was indeed inspired by the Jurassic Park trilogy when creating this series. Do we foresee a Miss Minutes/ Mr. DNA wedding?? Absolutely not, that would just be strange BUT visiting apocalyptic level catastrophes throughout history also sounds strange, doesn’t it? Well, jokes on you because they did it in Episode 2 of Loki and it was AWESOME! Where will this show take us next!?

Meanwhile, in other cinematic universes, F9 is premiering this week, Hiroyuki Sanada has been cast in John Wick 4, Picard Season 2 has a new teaser which literally teases us with an appearance of Q, and Harrison Ford is reversing the clock by de-aging in Indiana Jones 5 via CGI (definitely a conversation worth tuning in for).

Next week you can expect some more fun and mischievous coverage of Episode 3 of Loki, more blindspot revelations as Emilia discovers why the Empire is Striking Back, and maybe, just maybe, some extra Owen Wilson impressions.

As always, make sure to give us a follow on Twitter @TheVerseCast on Twitter so you don’t miss a single beat of everything happening in The ‘Verse! Next week you can expect some exciting coverage of Loki premiering on Disney+ and that is one show you DO NOT want to miss.