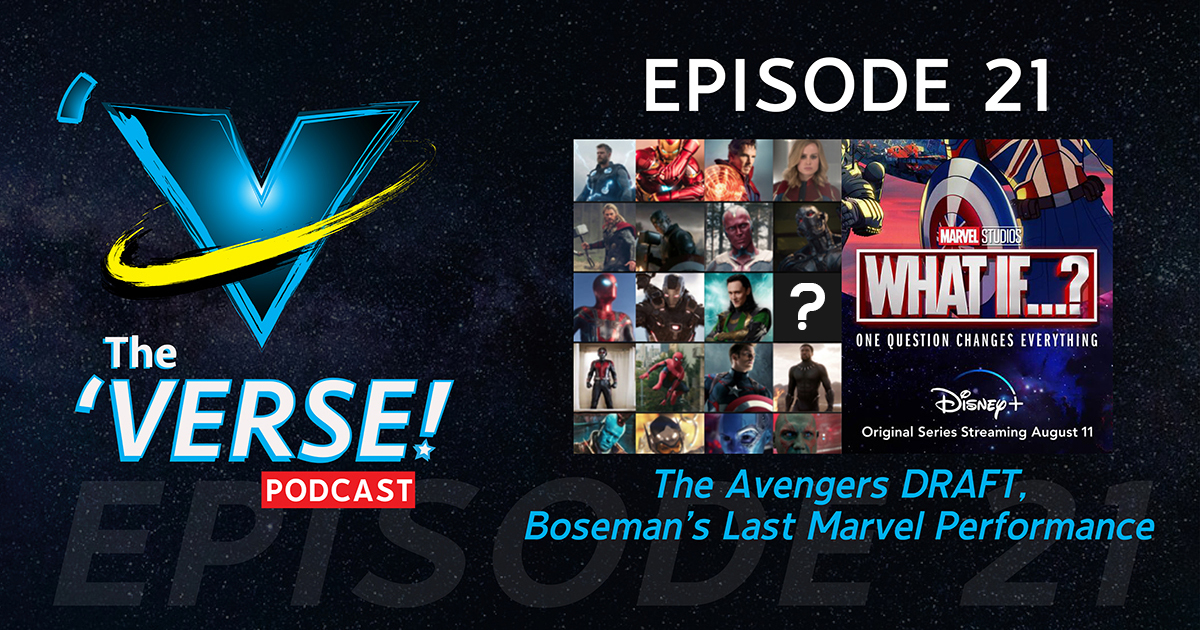 In this episode, the squad gets…READY TO DRAAAAFFTTT! That’s right, we’re putting together our own team of Avengers, but here’s the catch – no one can choose the same hero. Tune in to hear about which heroes are most powerful, whose team will fall apart at the first sign of danger, and a whole lot of hero stealing. Who would be on your Avengers team? Let us know on Twitter where will soon have our team’s represented in a poll.

Then we discuss the latest episode of Marvel’s What If…? where we explore how much better (or worse?) the universe would be if Yondu picked up T’Challa instead of Peter Quill. We reflect on femme fatale Nebula, good guy Thanos, and Chadwick Boseman’s legacy as the iconic Black Panther. We also talk about Netflix’s divisive He-Man series produced by Kevin Smith. Spoiler, we like it.

If you stick around after the credits, you might get to hear about some of the less-appreciated characters of the MCU…

Subscribe to The ‘Verse! at these wonderful podcast locations and more..