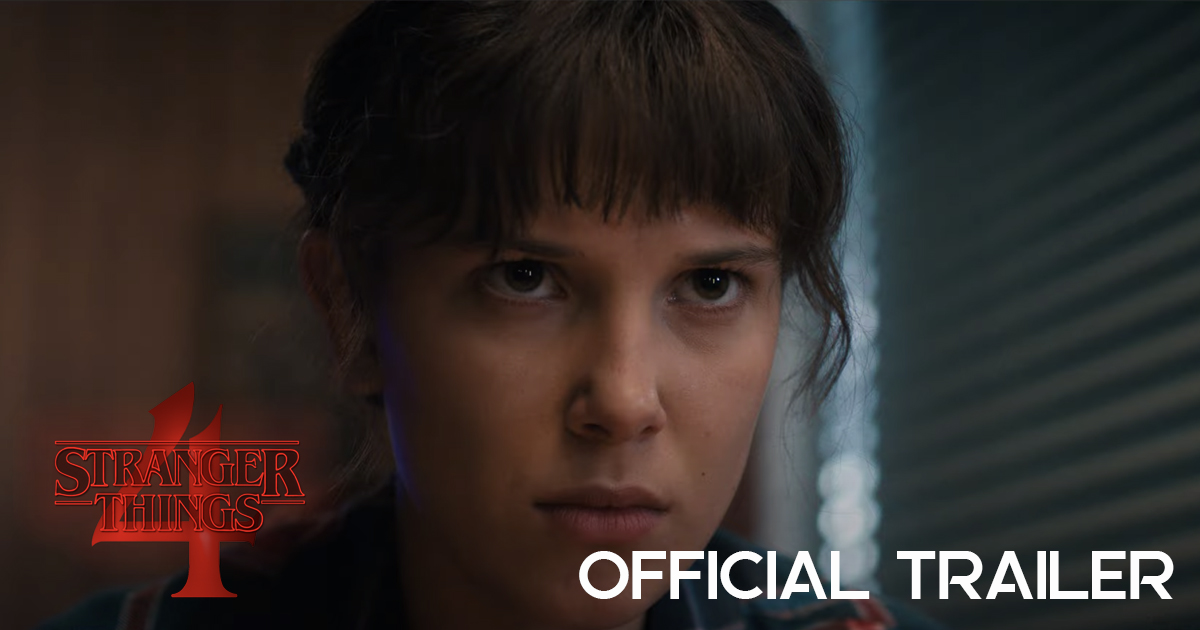 We finally have a trailer for the long-awaited fourth season of Netflix‘s smash series, Stranger Things. The season appears to be focused on the kids new life outside of Hawkins, as well as establishing this season’s new baddie, who appears to be bringing battle to Hawkins and possibly the rest of the Earth. Meanwhile, Eleven is told by Dr. Owens that she  the only one who can win the war, but only if she can discover out how to reclaim her powers. We also get a glimpse into Hooper’s life in a Russian prison camp. This season looks to have a more classic horror-movie feel to it, including a pretty creepy haunted mansion.

Here is the official description from Netflix:

It’s been six months since the Battle of Starcourt, which brought terror and destruction to Hawkins. Struggling with the aftermath, our group of friends are separated for the first time – and navigating the complexities of high school hasn’t made things any easier. In this most vulnerable time, a new and horrifying supernatural threat surfaces, presenting a gruesome mystery that, if solved, might finally put an end to the horrors of the Upside Down.