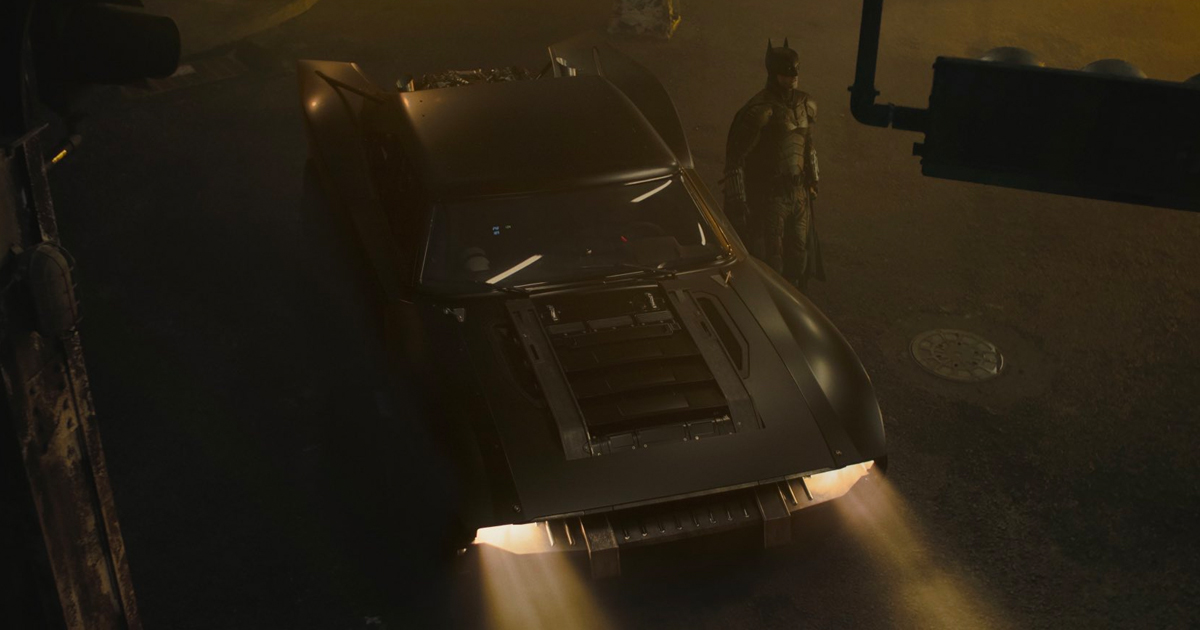 Director Matt Reeves loves to tease fans. First he teased Robert Pattinson’s costume test in the new Batsuit (below), and now he has posted pics of the new Batmobile.  According to TheDrive.com, the pictures “confirm a mid-mounted, twin-turbo engine—seemingly a V-8, though some on social media are seeing a fifth coil pack on each side that would make it a V-10.” They went on to say this about it:

Going by the shape of this Batmobile’s side windows, we think it may have started life as a Chrysler E-body, specifically a 1970-1971 Plymouth Barracuda—a Bat-rracuda—if the lateral, three-bar taillights mean anything. At the same time, there’s a lot about this car that’s distinctly un-Barracuda. The taillight design itself isn’t factory, the rear window cutout is larger than those seen on period E-body cars, and the windshield wipers seem higher than normal.