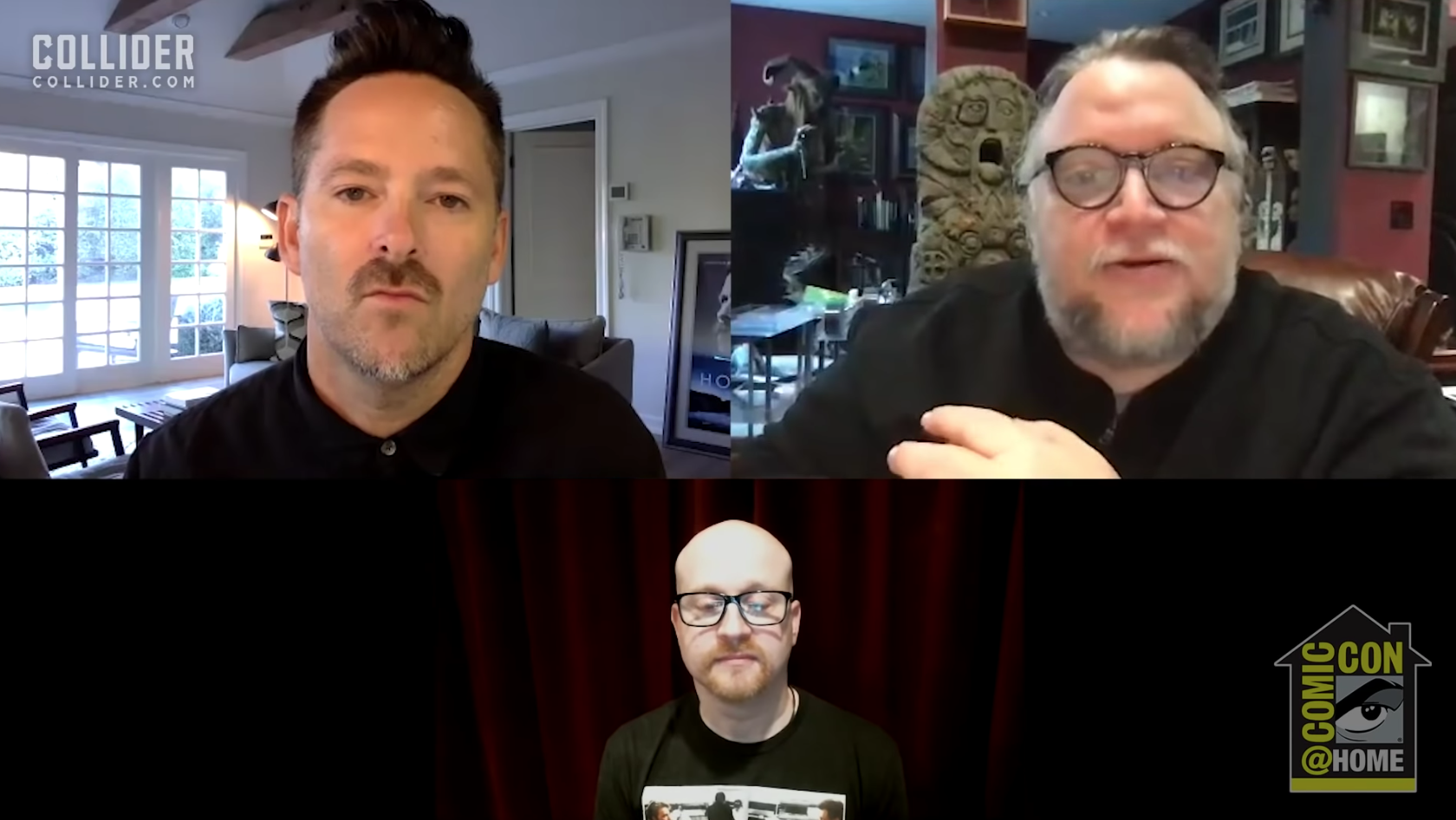 SAN DIEGO COMIC-CON AT HOME: Legendary director Guillermo del Toro and director Scott Cooper discuss the art of filmmaking and just how they have harnessed their craft over the years. They provide their perspective on studying and experimenting with film. A mini-masterclass for budding filmmakers.

In addition to discussing their upcoming film Antlers, Cooper and del Toro are asked a series of spirited entertainment-related questions. Everything from which film they watched most, three directors who most influenced their work,  what TV series they would like to direct, and even favorite rides at Disneyland.

As described by the Comic-Con@Home website:
“Acclaimed director Scott Cooper (Crazy Heart, Hostiles) and horror maestro Guillermo del Toro (The Shape of Water) tease their upcoming Searchlight Pictures movie Antlers along with how they designed the Wendigo-inspired monster. In addition, the two go in-depth on the craft of filmmaking and how they create a visual style. Moderated by Collider’s editor-in-chief Steven Weintraub.”