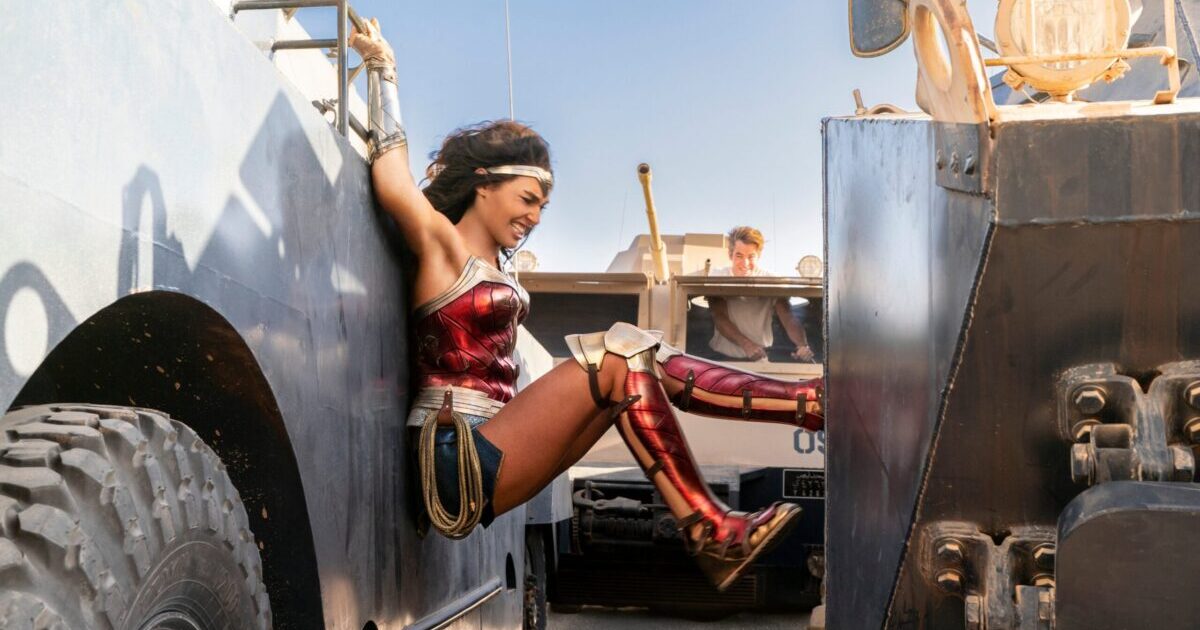 2017’s Wonder Woman will always have a special place in my heart. It was the first superhero film I shared with my daughters. They literally had never seen anything like it before. It was an action-packed enthralling adventure, with a (very) strong female lead in Gal Gadot – a film packed with great messages for young girls raised with the promise that they could be anything they wanted to be. They loved it. I loved it. So you cannot blame me for coming into Wonder Woman 1984 with high expectations and high hopes.

Thanks to the power of technology (and the fine folks over at HBO Max), I was able to share the film with my daughters (who are now seasoned superhero movie watchers). This time the story of Diana Prince (Gadot) picks up in the 1980s, decades after the original film but still far enough in the past to avoid modern tech like cell phones that probably could have helped quash the villain rather quickly. The world still does not know there is a Wonder Woman in their midst. To her co-workers, she is just Diana, the woman who works at the Smithsonian. Little do they or anyone else, know she is actually the mysterious woman reported on the news saving the day during a series of acts of heroism.

Diana’s co-worker Barbara Minerva (Kristen Wiig) is captivated by and longs to be more like her. When an ancient wish-granting stone, which they disregarded as valueless, comes into their possession – that all changes. Soon Barbara is oozing with the confidence and strength of a superhero in disguise. The stone also unintentionally brings back Steve Trevor (Chris Pine), Diana’s previously deceased fighter pilot lover from the first film. Their wishes are granted, but with a price.

Before Diana can determine how Steve has returned, the stone of course falls into the wrong hands. Those hands belong to Maxwell Lord (Pedro Pascal), a failed oil tycoon/infomercial king promising money and success while he lacks both. Diana must stop the power-hungry Lord, who may just remind you of a certain president.

Things get a little messy going forward – as Lord’s plot grows so does the level of convolution to the point where you question just how much sense it all makes. Luckily for us rooting for Wonder Woman, the film soars in the third act (sometimes literally) as the film finally finds its grove. The moments of wonder found in that last third serve as a reminder of just how good the film could have been. Individually the pieces are entertaining but lack the finesse of the original.

Those of us who survived the decade should get enough of a kick out of the 80’s references; the clothing and hairstyles and such – even if the film never takes full advantage of our greatest decade. We get a taste of the Cold War era, but it largely feels like dress up. Fans of classic superhero films, especially the Christopher Reeves’ Superman films, will certainly find more than a few similarities in style, tone, and content, including a triumphant score. While capturing the vibe of the superhero films of the era, it does not go far enough. Afraid to commit it lands somewhere between homage and parody – intentional or not. It’s as if the film wants to have fun, but not sure just how much.

The fun factor takes a hit due to pacing issues during the film’s first half of the film. We bounce around back and forth as too characters and storylines split screentime. Just as a scene starts to find its groove we are whisked away to get more than our fill of Lord’s non-sensical evil scheme. His plan reminded me of that of Lex Luthor’s mess of plan in Superman Returns – the film’s Achilles heel – muddled and unnecessarily complex. To make matters worse, Pascal plays the character with the needle planted heavily leaning toward over-the-top. Once he shifts from ambitious to evil there is little to identify with as he comes across as possessed and no longer human. This leaves little room for empathy no matter how much they try to push his father/son storyline at us.

Wiig’s Barbara/Cheetah fair better but still feels underdeveloped and a bit tacked on. While she delivers a relatable performance early on. But, the more she transforms, the more she is eventually swallowed up by the role. It is a shame they did not halt the transformation mid-way through and relied on her acting chops, it would have lead to a character with some pathos instead we get some sketchy CGI and a generic final fight. Wiig’s best moments come in her quieter moments between Barbara and Diana. The sweetness of their odd-couple friendship with a hint of sexual tension outperforms any computer effects.

Still, if you look past some of the missteps, the film delivers plenty of charms spattered throughout. They are also fairly easy to gauge. When Gal Gadot is on screen, the film is lively, focused, and fun. Gadot’s magnetic presence both as Diana Prince and her alter ego Wonder Woman is indisputable. She sells the big action and the smaller moments especially those with her love interest Steve (Pine).

The two have genuine chemistry on screen that shines through in their romantic and comedic moments – it really adds some weight to their shared screen time. Unfortunately, WW84 rarely sits long enough to bask in these moments. More Gal and Chris screentime is something many viewers will probably walk away longing for.

Overall, it feels like the film just aimed too high and Jenkins struggled to rein it all in. The film’s biggest enemy is the bloated script written by Jenkins, Geoff Johns, and David Callaham. The focus is too heavily on villain setup and exposition. This time would be better spent with additional 80s radness, another action scene, or certainly more Gadot/Pine. The moments when the film finds its sweet spot, it fires on all cylinders; a high-speed action scene and a particularly a sequence where our hero is taken to new heights come to mind – it’s kind of magical. Those serve as reminders of what could have been. With a good 20-30 minutes cut from its lengthy 151-minute runtime. Let’s hope the next film goes smaller.

The film digs a little deeper into the making of the superhero this time around while providing some moving moments and a positive message about selflessness along the way – even if susceptible to getting lost in the shuffle. While Wonder Woman 1984 struggles to match the original’s vitality, it should keep fans entertained thanks to Gal Gadot’s energy, her chemistry with Pine, and some exhilarating action scenes. And hey, my daughters had a great time watching. Isn’t that what really matters?

Wonder Woman 1984 is in theaters and streaming exclusively on HBO Max starting Christmas 2020.

Wonder Woman 1984 biggest enemy is a bloated script. Luckily Gal Gadot saves the day to provide plenty of fun and wonder in this uneven sequel.