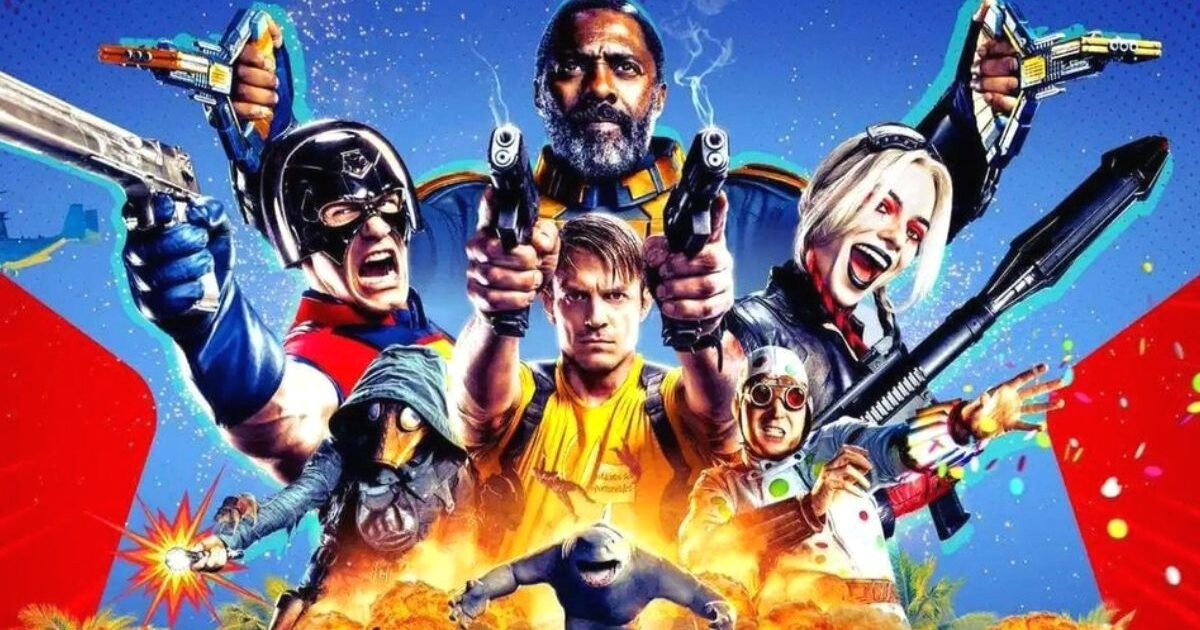 What do you say about a joke that did not make you laugh but made others crack up? It seems a little righteous to say that it is not funny, right? While humor is subjective there has to be an element of objectivity to it. There’s joke structure, comedic timing, delivery all factor into the telling of a successful joke. Still, it all depends on the audience. Tell a joke to one group and they are on the floor laughing, tell it to another all you get back is silence.

That was kind of like my experience with The Suicide Squad. I should have liked this film. I know others who praised it. I am its target audience. I love all the film’s selling points – superheroes, action, comedy, violence, James Gunn (Slither, Guardians of the Galaxy). Yet, I am sadly here trying to wrap my head around why I don’t quite get the joke. I mean I understand the joke, really I do. It just does not make me laugh.

Maybe I needed to see it with a big audience in the theater with the energy and excitement of a fanboy audience. We are all prone to laughing a little more when those around us are having a good time – it is human nature. Maybe that is the boost I needed to get past the threshold. I guess I will never know.

What I do know is that The Suicide Squad is one of the biggest disappointments for me in quite a while. Don’t get on my case, please. It is not the worst film (or even the worst superhero film) by any means, it just never delivers the bang I felt we were promised when James Gunn and a slew of familiar and popular names signed on.

Now the question is why? In case you have not noticed, this is not your ordinary review. It is more like a film therapy session as I try to pinpoint what the film did not work for me. I am not trying to convince anyone to agree, which I never do, I am more interested in seeing if I am broken or if the film is.

At this point, I am guessing you all get it – I did not enjoy myself while watching this film. Before I move forward let me explain a bit of the plot so I don’t lose you too much. The government offers a group of convict supervillains an option, to take on the dangerous mission they need to accomplish or else. The mixed bag of personalities and superpowers are sent off to the jungles to track down and destroy the evidence of a giant enslaved starfish. They are not the most organized or even the most skilled and their ability to work as a team is limited, but in the eyes of the government they are a disposable means to an end.

Let’s move on in this cinematic therapy session by breaking down some of the elements of the film:

The Comedy: This is probably the connective tissues between all my criticisms of the film. While the volume of the jokes is very high. It just wasn’t for me. I am sure (and was told by) many viewers that they were laughing their asses off. Yet, I watched with only the occasional smirk and a rare chuckle. The comedic tone just didn’t sit right with me at all from minute one. I did see the jokes happening (and yes, I understood them) but was left feeling indifferent. Comedy is subjective and this film proves it. With the volume it tries to deliver, if it is not producing a good batting average there are going to be some problems.

Characters: Some of these characters are fun to watch, but where is the emotion? I would have enjoyed more time exploring most of The Suicide Squad’s colorfully absurd characters – but that is not the case. Time with each is fleeting so they are quickly reduced to pawns in a game and do not matter. So with the stakes removed I stopped caring. Overall, the characters are all essentially one note – once they reveal their gimmicks they have little left to offer besides repeating variations on the same joke again and again – funny or not. Harley Quinn does fare the best here, feeling more fleshed out than the rest – she also benefits from two previous film appearances. Would still like to see her used properly in a full-length feature.

Polka Dot Man (David Dastmalchian) is the character who caught my attention most – he is strange, kind of ridiculous and lots of fun. The man-eating King Shark (Sylvester Stallone) is amusing whenever on screen, a scary fishlike version of Homer Simpson. Bloodsport (Idris Elba) and Ratcatcher 2 (Daniela Melchior) are given some earned emotional moments that would have landed better if not surrounded by senselessness. Then there’s John Cena’s Peacemaker, a walking political punchline. I understand what they were trying to say with him but I got it the 4th time.

The cast also includes a long list of familiar names, just not memorable characters. As for the villains: Peter Capaldi’s The Thinker is another character I’d love to have explored more. To underuse one of my favorite Doctor’s like this is the film’s biggest crime. Viola Davis as Amanda Waller is a tough-as-nails, my-way-or-else director of the mission – she’s tough and we are reminded of that repeatedly. Less of her looking angry and more Capaldi seems like an obvious choice.

The violence: Cartoonish, heightened reality, graphic and over the top. Blood, guts, exploding heads and more is all for not as it finds a place on the spectrum where it nails being neither gross nor funny. It shocks at first and then becomes numbingly repetitive. Plus the physics are all over the place. The occasional body torn or blown in two had my attention, but much felt like a video game that you played too long.

Action – There are some decent action scenes, although nothing too new or all that engaging, what is delivered is well done. The stand out involves Harley Quinn kicking some ass. Again, if I cared about the characters, then maybe the stakes would matter more to me. When you make your own characters disposable it is tough to invest much interest in their fate.

Visual style – With the exception of the exceptionally creative use of graphics for Harley Quinn that give us a surprisingly imaginative glimpse inside the mind of an unstable madwoman. Other attempts to impress were hit and miss. The most obvious was an extended helmet reflection shot. Yeah, it was cool, but it left me asking, what was the point? Style for style’s sake is my guess. It was hollow and lacked substance or meaning, like a ribbon and wrapping paper on an empty box. It seems to be a theme. The costumes were slick, especially Polka Dot Man, Harley Quinn and a handful of others of the rest of The Squad.

Soundtrack: While there are some great tunes here, the on-the-nose needle drop winks at the camera did little for me as I was having trouble feeling engaged as a whole. I am a sucker for a good needle drop (and even some bad ones) here, besides a song or two… shrug.

My therapy session has come to an end and I have reached some conclusions.

First of all, comparing this film with last Suicide Squad effort is pointless and I will not attempt to do so. On its own merit James Gunn’s The Suicide Squad suffers from style over substance. It tries hard to be clever and often falls flat in its attempts because I could see just about every move miles ahead. The approach of being subversive only works to a certain degree. Once you try to subvert expectations too often you end up going full circle and the subversion negates itself. Once my expectations are subverted I am anticipating more such behavior. You have to recalibrate or the results will be diminishing, as they are here. Repetition kills when it comes to shocks and laughs. This film needed some finesse, instead it is all on, all the time.

Overall, my biggest gripe is that the film seems a little too proud of its own “cleverness.” It is the equivalent of a comedian on stage laughing at his own joke while the audience can only muster a half-hearted sympathy chuckle at best. It is constantly elbowing you with raised eyebrows while asking, “did you get that joke?” Yeah, yeah, we got it. That does not mean it is funny. Instead of developing characters to care about or a plot that was gripping in the least it relishes in its own cleverness long after the clever wears off, leaving me waiting for something fresh or more substantial. And waiting I did.

As a whole the film lacks cohesion. It feels like an extended trailer instead of a film. Thinly connected sequences playing out to some cool music as we wait for a plot to break out. The final third is when I felt as if I was watching a film. And while not perfect, this is when the film blends more traditional superhero film moments, touches of character development and some cleverness that feels slightly earned.

It is not a painful film to watch. You won’t be bored.  But, if you are like me, you may feel indifferent. I did not touch on the positives enough. There are glimpses of something really good here. A fun night club scene, a handful of fairly funny jokes, Harley’s short-lived romance and the last 30 minutes all have the markings of something slicker, funnier and overall more entertaining. Gunn just bites off more than he can chew and repetition renders the bite to be consistently bland.  His inability to better balance sabotages anything that works well. I think I would have really enjoyed it if this was just a Harley Quinn film that reined in all the best of what he delivered here while focusing on one central character.

For a film that’s central theme is all about the importance of those who are seen as disposable by others, The Suicide Squad’s biggest fail is making them just that. Hmmm. If that is Gunn’s final subversive joke, I am not laughing.

“The Suicide Squad” throws a lot at the screen and it rarely connects. It wants to be gross, funny, and cool and settles for exhausting.