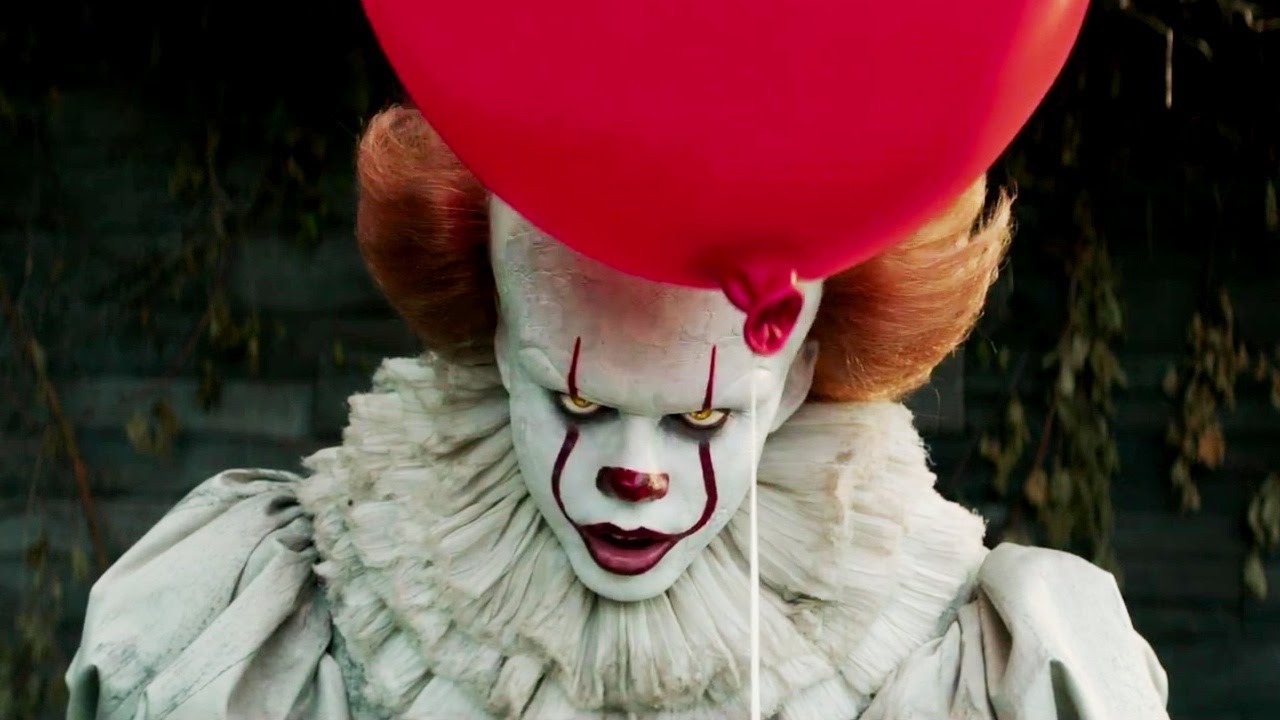 As I try to coax my son to take a nap (pretty much losing this battle) I see the novel IT on my nightstand. I was forced to by a new copy as my attempt to recover my original from 1987 has succumb to the black hole that is now my basement. That copy was read twice. The second time was right before the 1990 two part IT TV mini-series. Or was it billed as two movies? Needless to say I have started my third attempt at this great work by Stephen King. 1153 pages & two kids. Good luck.

I must say I have thoroughly enjoyed early internet banter between the now “Older” generation that witnessed the IT adaptation circa 1990 vs. the new one in theaters as of September 8th. I was 19 when I watched the two  part 1990 version. The only thing that I was afraid of then was the cast choices made for the film. John Ritter as Ben Hanscom & Harry Anderson as Richie Tozier. The Waltons Richard Thomas as Stuttering Bill Denbrough. Yikes. But, The only saving grace was that of Tim Curry. His performance was campy at times but truly a work of art to watch. I want to be clear here for all reading this : This is an adaptation of the book. A different adaptation of the book. It is not a remake of the 1990 version. Most recently my friend let me know that his kid (now a teen) has recently shown interest in Stephen King. With the Shining down the next logical step was for his wife to bring their child to see the movie IT on opening night. This without reading the daunting 1153 page book. I am beyond curious to hear what his kid though of IT on the big screen, especially without reading prior. Here are my thoughts .

This movie came in at 2 Hours 15 minutes. I am thinking that 20 minutes could have been shaved off immediately here. It felt a little dragged out towards the end and almost like someone had to hit the speed button to get it over. I had a feeling that the Director Andres Muschietti (Mama) was already setting the stage for the sequel where the children return to Derry for a final showdown with IT. The analogy in a sports sense of a wide receiver in football looking up the field to run before completely getting a handle on the ball. And, for some parts dropping it. The first half of the film was done quite well. The opening scene with Georgie and Bill prior to the loss of the SS Georgie was spot on. Disturbing to see the younger brother writhing in agony before being yanked down the sewer drain. Like the book. Spot on. The second half followed the same formula, build tension intense scene. Rinse, wash repeat.

I was very impressed by some of the special effects but disappointed by others. A headless body running after Ben Hanscom (played well by Jeremy Ray Taylor) seemed a bit forced. I t felt like a scene from Harry Potter to me and not Stephen King. On the flip side to actually see shape shifting onscreen of the entity that is IT was well….pretty damn cool. Could of used a bit more of that. The cast was very impressive. Jaeden Lieberher did an excellent job as “Stuttering” Bill Denbrough. Confessing that it was easier to enter the abandoned creepy house to kill IT then it was to live at home without his brother Georgie (only time he lost his stutter) was a very heartfelt scene. I like these characters that these child actors took on. And yes shades of Stand By Me here. A little Goonies feel also. Adolescent humor. Dick & I did your Mom jokes. Well timed just like we did in our youth. Even some NKOTB. Sophia Lillis did a wonderful job playing Beverly Marsh. Finn Wolfhard (Stranger Things) was solid in his role as Richie Tozier. For me though a standout of the cast was Jack Dylan Grazer who played Eddie Kaspbrak, the coddled young man that his mother kept on a medical leash. He had it down. From the Asthma inhaler to the watch alarm reminding him to take his pills, you really had a sense of the panic this character was experiencing.

As for the soundtrack or score there were dead spaces in the film where it could have been used or more work put into chillier under tones. That is a crucial part of the horror genre. Just ask John Carpenter. Original rough screenings of 1978’s Halloween sans a score did not resonate with executives. Add the right score and bingo.

I could not help but think of Nightmare on Elmstreet as the young characters all admitted seeing IT in their own vision. A couple of scenes later it was on the Marquee at the local theater. Nice. Muschietti is clearly a fan of the 80’s and did a good job on the feel of that era. The innocence and the life experiences. From bullying to friendships of misfits. Nailed it.

Now, let’s round this out. Why did a 47 year old father of two go to the evening screening of IT? Because I am a fan of Stephen King. Because I was curious to see how Bill Skarsgard would do in the inevitable shadow of Tim Curry. Was I scared? No. Was I disturbed? Absolutely. A clown waving hello to a young child with a severed arm in his hand feels hacky to me. It does not scare me. It is the equivalent of a nervous stand up comic dropping F bombs to mask a dull act. A brilliant performer can use silence as a powerful tool. The most frightening scene in the horror genre is Linda Blair in the Exorcist just sitting blankly watching on a chair as the young priest tries to bring the older back to life after suffering a heart attack. No words. There was too much CGI with Pennywise in his eyes. I wanted more banter with the children.  Also, I had a hard time understanding what exactly Skarsgard was saying. Probably should have practiced a bit more with those choppers in. This movie was amped up for 2017 audiences. Don’t get me wrong, I was entertained. But not scared. Not as scared as I was the last time I read IT. Maybe for me Stephen King’s work just does not translate well to the big screen. I hope part two does. It’s my favorite part. The adults come back to Derry to a final showdown with IT 27 years later. Speaking of showdowns I have to go my son is still not asleep and he just broke something in the kitchen.