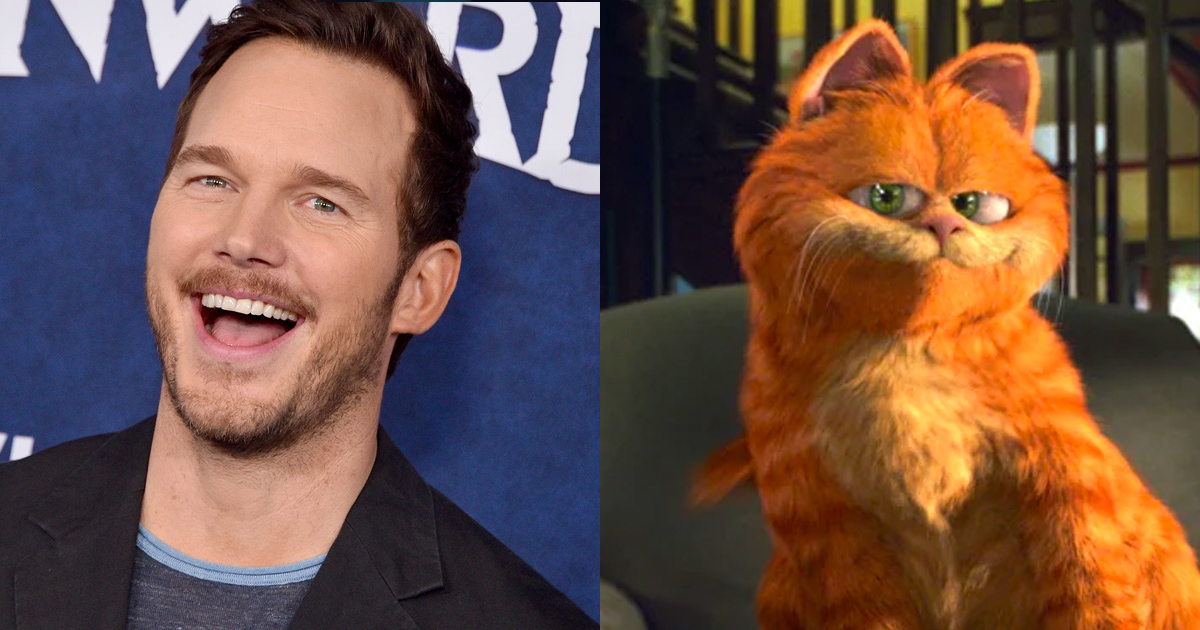 Chris Pratt will be lending his voice to a new animated film based on the classic Jim Davis comic strip, Garfield.

The film is being directed by Mark Dindal (Chicken Little) and written by Oscar nominee David Reynolds (Finding Nemo). The two previously collaborated on Disney’s The Emperor’s New Groove.

Garfield previously starred in the live-action/animated hybrid film Garfield in 2004 and its sequel, Garfield: A Tail of Two Kitties, in 2006. Bill Murray provided the voice of the titular cat in both of these films, which were both produced by 20th Century Fox. Prior to that, the lasagna loving cat appeared in the Saturday Morning cartoon Garfield and Friends, which ran run on CBS from 1988 to 1994, as well twelve animated specials. Most recently, Garfield was featured in the CGI Nickelodeon series The Garfield Show, which ran from 2008-2016.

Pratt’s has previously provided voices for the Lego Movie films and Pixar’s Onward, as well as the upcoming Universal and Nintendo Super Mario Bros.  in which he will voice Mario. Pratt was most recently seen in Amazon’s sci-fi film The Tomorrow War, and will be seen in Jurassic World: Dominion in June.