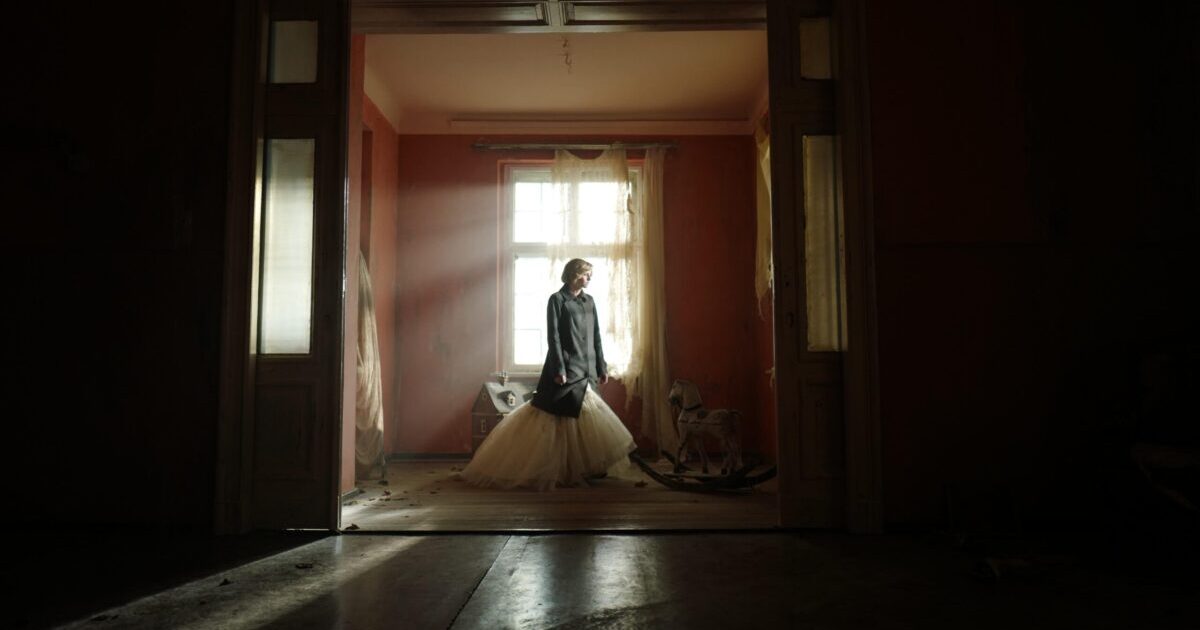 For those old enough to remember, the sudden and tragic loss of Diana Spencer (played by Kristen Stewart), is one of those moments that you will always remember where you were when the news broke. Spencer, better known to many as Princess Di or Lady Diana, has a sad tale indeed. What many people did not realize at the time was that her horrific death was only the period on the sentence of the ongoing tragedy of her life.

Behind the royal facade was a trapped woman longing for normalcy and love. In Pablo Larraín’s Spencer, her experience is revealed in the most devastating of ways. We see into the psyche of a fragile yet resilient woman, who was hidden behind a public image void of the essence of her own humanity. Spencer and Stewart’s performance in it will stick with you long after watching. It will forever challenge how you remember the tragic figure.

Those going in hoping for a standard biopic or a reenactment of final moments leading up to her death may be disappointed at first. Instead of a retreading of history, Larraín (Jackie) delivers a more personal look, taking us behind the closed doors to witness the dregs of her daily life as a member of the royal family. It is a combination of truth and fiction, as described on screen “A fable from a true tragedy.”

Events and dialogue are reimagined to dive into Diana’s head space during the last days of her time as a royal. The story we are told takes place over three days in 1991 during the Christmas holiday when the royal family gathered at their estate in Sandringham. This is not your typical family gathering. It is pomp and circumstance from beginning to end – formalities, photo opportunities, structure and tradition. Do not expect a half-drunk uncle with his feet up on the sofa talking politics while A Christmas Story endlessly plays on the tele.

Instead we watch a holiday gathering where unnatural is the main event. It kicks off with an official weighing of each attendee. Diana is prodded by a military officer who seems to follow her every moved (played by an eerie and ever-so-reliable Timothy Spall) to sit atop a table where an antique full body scale awaits to determine her weight. The weighing would later be repeated after the three days upon exiting the estate. The idea is to assess just how merry each guest was based on the number of pounds they had gained through consumption. Completely normal stuff.

The royal meals are prepared with a military precision – orders barked out to the “troops” of cooks by head chef Darren (Sean Harris) as if they are lining up on the battlefield. The process and the meals themselves are completely devoid of the warmth, spirit, and informality that define the holidays with family. Even the holiday outfits are chosen by members of the establishment. As gorgeous as they are Diana is still fighting for any moment of individuality possible.

This is not the ideal place or time for Diana who has had it with tradition, royal assistants, prepared outfits and the like. She craves a hint of humanity, some whimsy, some choice to be included in her life that has been controlled by the menacing entity she must call family. The opening moments of the film have her driving herself (gasp!) across the countryside in a convertible, a bit lost and a lot not giving a shit. Excuse the metaphor, but she is like a beaten, chained dog that has broken free of its collar and running free for the first, unsure where it’s going but happy to not be where it’s been.

As he did with Jackie, director Larraín adds an element of horror to ornate in Spencer. It is at times this is much closer to a ghost story than a biopic. Unlike Jackie (which I highly recommend) this incorporates flashes of actual terrifying elements. The setting at times stirs up thoughts of The Shining, Rosemary’s Baby and other psychological horror films as Diana’s cabin fever sends her into moments of delusion. As big as the estate is, it is a claustrophobic environment for her. The walls are pressing in. Every move she makes is observed and critiqued, every word she utters overheard by one of the staff. She is left with few confidants and dwindling sanity.

When this Princess is held ‘captive’ in a castle even Diana’s husband, the ever not-so-charming Prince Charles (Jack Farthing) comes to slay her dragon. The marriage is loveless in general, and the man lacks the ability to empathize. He is so under the thumb of the Queen (Stella Gonet) he offers no relief to Diana who is pleading for help. All he can muster is more instruction on how to appease mother. “There has to be two of you. There’s the real one, and the one they take pictures of. Diana, for the good of the country.” It is obvious that the ‘real’ never exists in the eyes of the royal family.  Image is everything to the Queen and as long as the image of you that appears on the currency looks good nothing else matters.

Diana, played to perfection by Kristen Stewart, evoking the sadness and fragility of the resilient hostage among her own family. It sounds cliche, but Stewart disappears in the performance. It is certainly some of the best work of her career and the year. Her mannerisms and the nuances in her body language and expressions speak volumes about this nearly broken woman. She embodies Diana while never feeling like an impersonation. While her hair and makeup are perfect, it is the performance that creates the illusion that we are watching the aura of the woman herself. Truly impressive.

The role requires her to be morose with a deep underlying sadness, conveyed tenderly in Stewart’s eyes. There are many more notes to the performance. Sullen moments are replaced with joy, especially in scenes she shares with her sons William and Harry (played by Jack Nielen and Freddie Spry, respectively). We see her darker tones dissipate as her maternal side shines through. She also finds escape with her royal dresser, (Sally Hawkins) and the Darren (the head chef) who are the only two who stray from the formalities to provide Diana with a hint of genuine kindness.

She also brings a sense of mania to the role. In a chilling dinner table scene, the judgement in the eyes of everyone at the table almost literally suffocates – her string of pearls begins to feel like a noose. It is in moments like this where the elements of body horror, self-mutilation and gaslighting push through, elevating the material well beyond a standard costume drama, allowing us to fully grasp her internal struggle.

Technically there is no denying how well produced Spencer is constructed. Claire Mathon (whose Portrait of a Lady on Fire is absolutely gorgeous) brings her talents in full force as she captures both the essence of Kristen’s performance with intimate close-ups that capture the nuances of Stewarts portrayal, her fragility and isolation. She also keeps the feel of a ghostly fable in play through the faded, dreamy feel of her shots often embraced with a hazy mist or warm natural light. Every angle and lighting choice is a feast for the eyes without every feeling bold or out of place for the story at hand.

The production design Guy Hendrix Dyas’ places us right inside a royal estate that feels as authentic as can be. The scenes involving food are chock full of visual texture but are also part of Diana’s struggle with an eating disorder. The costumes by Jacqueline Durran are exquisite and authentic.

Jonny Greenwood, a member of Radiohead, whose film scores (The Will Be Blood, Phantom Thread) rightfully have him as one of the most sought after film composers delivers again here. One of the best scores of the year, it enhances the haunting and foreboding feeling throughout – a reminder that this tale does not end well. Greenwood’s strings also finds softer touches when needed.

For me, Steven Wright’s screenplay works best when keeping the anxiety horror in Diana’s head. Those moments are riveting and much more effective than when he relies heavily on the on-the-nose metaphors to convey Diana’s feeling of being trapped. Like my dog metaphor (above) they serve their purpose, but eventually they become too numerous and are the sole detractor from Stewart’s work. The other questionable decision is the inclusion of literal ghosts within the film. They are distracting and heavy handed. While one use during the dinner scene works exceptionally well, less is more.

Spencer is worth seeing for Kristen Stewart’s magnificent performance alone. She had me hypnotized from start to finish. While I do question some creative decisions, it remains a captivating must see film. Like with Jackie, Larraín paints a portrait of a subject we thought we knew. He then peels back layers of paint to expose the pain, anxiety and heartache beneath. It is tough to shake.

Spencer is not your average biopic. It invites us on a reimagined three day royal holiday infused with elements of pomp, circumstance and horror. It tells the devastating story of a fragile woman held captive by an institution.