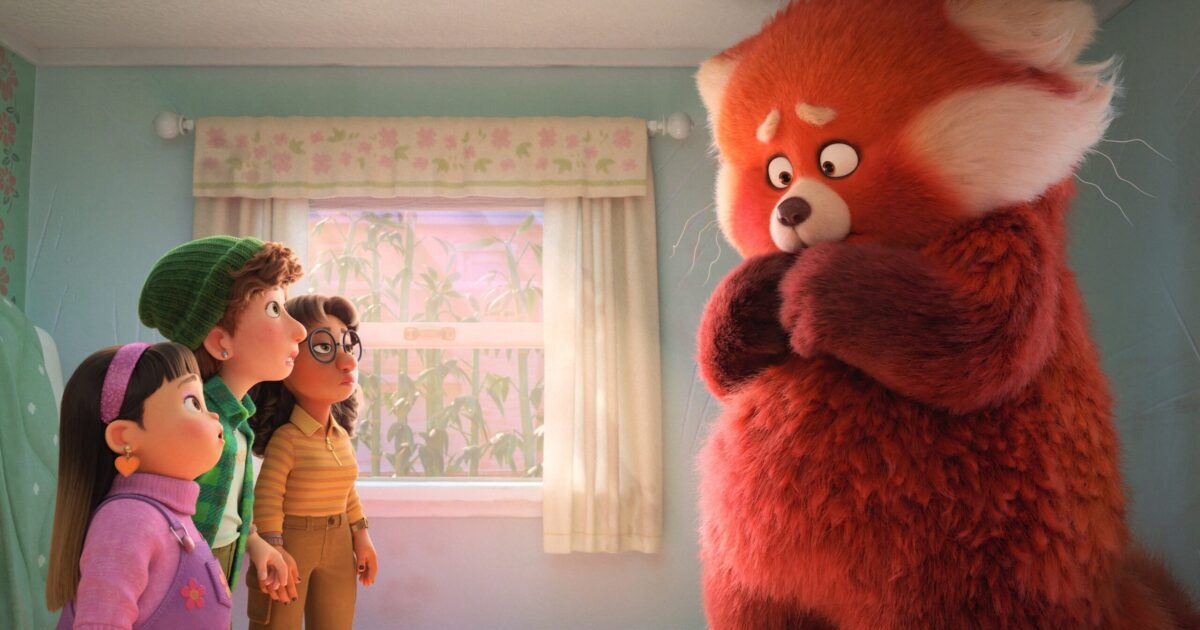 There was a day in fifth of grammar school that all of my fellow Catholic school classmates remember well. It was a day shrouded in mystery and secrets so protected that even to this day I do not think all has been revealed. It seemed like an ordinary day, that is until without any discussion or explanation all of the girls were asked to leave the room. They were just as lost as we were as to why. The boys thought we were in trouble, of course – it was a running theme. But that was not the case, there was no scolding from principal Sr. Lorrianne, no meeting with parents, just the absence of all of our female classmates. It felt like an abduction.

A couple of hours later, which felt like an eternity, the girls returned in silence. Their mouths were sealed – unwilling and instructed not to discuss the subject of their gathering. And that’s how you handled human sexuality and the blossoming of a girl into womanhood as a Catholic in my generation. It was just one of the banished subjects that we could not mention and had to tiptoe away from whenever they arose.

That was then, Turning Red is now. The new Disney Pixar film which premieres this week on Disney+ uses a very big metaphor to not only discuss the subject of girls stepping into womanhood, but also strips away the stigma that has forever surrounded it. It does not tiptoe around the subject, it stomps right to it with a big furry 12 foot tall metaphor. In doing so, this coming-of-age story is a big leap forward, especially from a very conservative studio such as Disney. But this is not only a film about puberty, it is about individualism, becoming a woman, the weight of expectations, taking pride in who you are and more. Like Luca, I think each viewer will be able to take away something a little different.

Turning Red is set in Toronto’s Chinatown where 13-year old Chinese-Canadian Meilin ‘Mei’ Lee (played by Rosalie Chiang) is everything a mother like Ming (Sandra Oh) can ask for. She helps prep the dumplings, she watches Chinese soap operas with her mom, and has open conversations about whatever comes up. In addition she helps with her family’s tourist attraction temple. Mei is her mom’s pride and joy, living up to the standards and following in her footsteps.

Mei Lee’s perspective is a not exactly in tun with her mother’s. Sure she loves her mother and really does not want to disappoint, but she is full of new interests that do not jive with the more traditional ways of her family. Friends, boy bands, and boys in general are all taking over her list of priorities.  As many parents try to do, Ming is ignoring the inevitable – Mei’s growing up. But unlike most girls her journey into puberty cannot be ignored – there’s no secret meeting in the 5th grade. She has a much bigger problem – as her new found emotions take over she transforms into a giant red panda.

The film is also a great representation of real female friendships. Everything is not always picture perfect, there are highs and lows especially those that come with the panda transformation. Mei and her friends (Ava Morse as Miriam, Maitreyi Ramakrishnan as Priya, Hyein Park as Abby) deal with it all head on. More accurately, they don’t just tolerate her changes they accept and embrace them as good friends do. This is the polar opposite reaction than that of Ming who is set on locking Mei into the box of adolescence she always gladly occupied. Much to her and the dismay of many parents, kids are going to grow up and break free of the constraints and paths we set for them, especially when you’re a massive panda.

Co-writer/director Domee Shi and co-writer Julia Cho capture the joys, changes, and awkwardness of puberty from the female perspective. It is a time when interests change from dolls, toys and family to friends, independence, and the opposite sex. For Mei and her friends, all of their time and effort is dedicated to getting the pricey tickets and sneaking out to see their favorite boy band, 4*Town. It is not just a concert, it is the most important thing in the history of the world EVER! That’s a thing parents – get used to it. Following their quest is where much of the film’s fun lies.

Oh yeah, the boy band track “Nobody Like U,” was produced by songwriting sister-brother duo Billie Eilish and Finneas O’Connell. Expect to hear it played on repeat this year as we continue to usher in the modern boy band era.

Turning Red is a high energy adventure. It is full of bold colors and beautiful settings sure to make Toronto a popular destination in the months to come. The visual style combines elements of anime with the hi-end glossiness typically found in a Pixar film. Overall it is more grounded and does not aim to nail the stunning visuals of previous Pixar efforts.

Still, with some beautiful food shots, a race across the rooftops of Toronto, and wild dream sequences it will keep viewers satisfied. Shi combines east and western animation styles seamlessly. As anime and manga popularity are arguably at an all time high in the United States, this will certainly land well with kids, while serving as a good intro for the ‘out of touch’ parents.

Speaking of out of touch, there are plenty of cringe moments as Ming tries her best to protect Mei by keeping her leash short. Her attempts to help her daughter are counter productive, becoming the most upsetting part of her life. Your kids will laugh at these while some parents may see themselves in them. One scene at the Daisy Mart has all the markings of PTSD in the making. (Parents take note.) As a parent I found them the funniest moments of the film.

But Mei’s world is not all cringe. She has her girl squad of friends who are all cast from different molds, representing unique looks, cultural backgrounds, body types, interests and personalities. It feels like a real group of friends, all different flavors of ice cream rather than vanilla with different colored sprinkles. They represent the true modern girl who is not always prim and proper. They let their freak flags fly with pride while supporting each other’s hopes, dreams and crushes.

As you may tell, I doubt I am the target audience for this film. While enjoyed it throughout some of the references and humor fell a little flat for me. Sure, I ‘get’ the whole boy band infatuation (I did grow up with three sisters) but it did not trigger the nostalgia to make it resonate with me fully. At the same time though, my daughters, their friends, children of the 90s and many others will have a blast with the characters of Turning Red. I cannot wait to share it with them.

The film’s heart is definitely in the right place, the messages are sincere and need to be heard. While its charms are plentiful, overall it is just not as entertaining as previous Pixar films. The climax swings so big that I was left wanting less – a smaller, more relatable, heartfelt moment. Like Encanto, I was torn wondering if I could just brush off the questionable actions of certain characters. Therefore the emotional punch was lighter than I had hoped. Where Netflix’s The Mitchells vs The Machines father/daughter storyline had me choking back tears, Turning Red ultimately had me feeling slightly less engaged. The opposite may hold true for many, especially mothers and daughters who share this film together, as it often speaks directly to them. That relationship in the film is well fleshed out, and is much more complex than what is on the surface, as often is in life.

The film will certainly have broad appeal – it is not just for girls. It speaks to all children who are starting to spread their wings and fly from the nest – be it your “traditional” household or whatever your family make up. Turning Red addresses the challenges of tweens in ways rarely seen before from a perspective we rarely find on screen introducing viewers to life experiences they may have never seen before.  We can all relate to the awkwardness of puberty and the shifting focus of our attention beyond our family circle.

While entertaining us, Turning Red also welcomes us into households that rarely take center stages in films, especially mainstream family films. It subject matter creates an inroads for conversations many of us still tip toe around or avoid entirely. The long previously very hush hush topic of a girl’s period is handled frankly but in a manner that is respectful of the audience. And don’t worry young viewers who just want to have a fun time will love the escapades of the big panda and her friends while most of the more mature themes will fly over their heads. At the same time tween/teen girls will be happy to finally be ‘seen’ on screen.

I am sure some conservative parents will still be clutching their pearls.  More progressive and open-minded parents may find it quite relieving; the perfect ice-breaker for moms and dads preparing to have such conversations with their families. It is part of life, not something to hide/shun. It is nice to see Disney treat it as such. Let’s not stop here. The time is right to bring other female issues, stories and needs to the forefront – with or without a giant red panda.

While ‘Turning Red’ is entertaining throughout and has some very forward thinking messages, it lacks some of the magic of previous Pixar efforts… at least from the eyes of a middle age man.