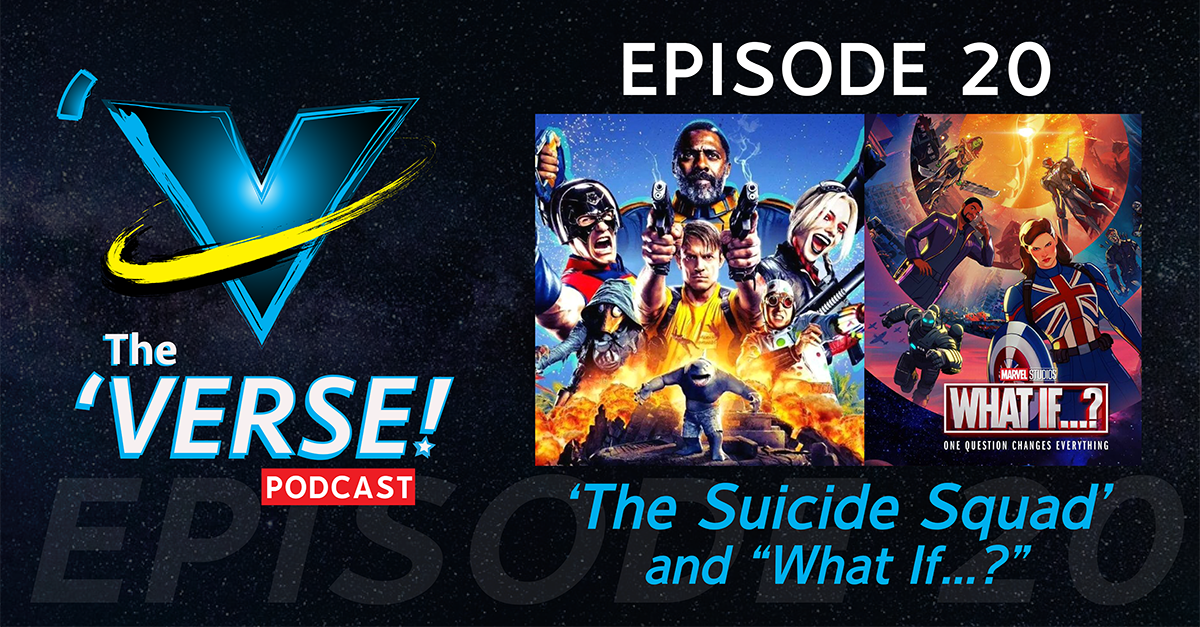 It looks like you stepped into The ‘Verse! – the podcast where we visit different corners of the cinematic universes from Marvel, Star Wars, DC, and beyond!

Just like last episode we’re switching our focus from television to film as The Squad covers and reviews The Suicide Squad (emphasis on THE). Unlike last week however, we you’ll still get a healthy dose of The ‘Verse! News which includes an announcement about The Bad Batch, a Bob Odenkirk update, someone is out of the live-action Powerpuff Girls, and everyone’s current hero, Idris Elba, will take on a new role. Long story short, there is a lot happening this week.

As mentioned, in this week’s episode of The ‘Verse! We’re giving our giving our FULL review of D.C.’s latest film, The Suicide Squad (again, emphasis on THE). First of all, it’s safe to say that the Squad (as in The ‘Verse! Squad) definitely has mixed reactions to the action-packed, James Gunn extravaganza, specifically Kronsworth did not enjoy it, therefore we locked him in the closet for this episode. Similar to our coverage of Marvel’s Black Widow, we ranked our top three stars of the film and let’s just say there are some seriously underrated underdogs in our all-star lineup, but you’re just going to have to listen to find out who.

The Suicide Squad is a film that may not be everyone’s initial cup of tea, but let it be known that there is certainly something for almost everyone in this movie. There are so so many characters, the music is bopping, the action is fun, there’s lots of laughs to be had, and the visual effects will blow your minds (in some cases literally). Besides our ranking of characters, we’ll also be sharing some of our favorite and least favorite moments from the film, and there are a LOT of moments to be shared. In the meantime share with us some of your favorite, or least favorite, parts of The Suicide Squad on Twitter.