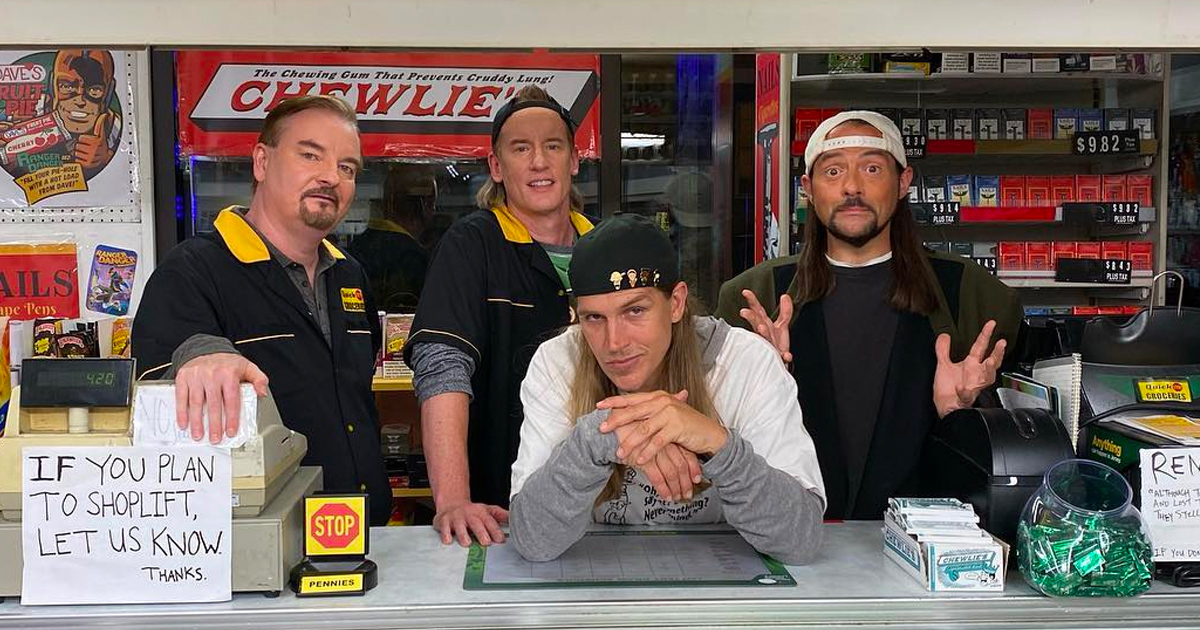 Production on Kevin Smith’s Clerks III has officially wrapped. The film, which stars original Clerks cast members Smith, Jason Mewes, Brian O’Halloran, and Jeff Anderson, as well as Clerks II’s Rosario Dawson and Trevor Fehrman, began production on August 2, so it was a pretty quick turn around. Smith has also stated that he already has about an hour of the film edited, which he does during production.

We wrapped #clerks3 just before midnight last night. What had once been a whimsical wish is now rooted in reality – and Dante, Randal, Becky, Elias, and @jayandsilentbob all have new shit to say for the first time in over a decade! In what’s about as personal a movie as I’ve made, we watch our heroes grapple with their own mortality by embracing art. Art changed *my* life – so it’s only fair art enhances the lives of my favorite fictional characters as well. Our little ode to the healing power of creation in the face of destruction tastes like a Pork Roll- flavored #cinemaparadiso – all because our cast and crew crafted as fine a motion picture as I’ve ever been involved with! Not only did I get to make a movie this summer, I also got to waltz down memory lane behind the counter at @quickstopgroceries! For the first time in nearly 30 years, I was in and out of the refurbished RST Video store and my beloved bodega, both restored to their 90’s greatness! @jordanmonsanto and @destrofilms made my dreams come true again, as they and the cast and crew set a table at which I feasted. They dreamed my dream for me, so now my dream is real. @briancohalloran, #jeffanderson, @rosariodawson, #trevorfehrman, @austinzajur, @jenschwalbach, @marilynghigliotti – they all did some career-best work in this flick! @jaymewes, too, takes Jay back to his geek chorus roots, and has some of my favorite moments in any of our movies! @learan shot for us a beautiful motion picture and blew his work on #chasingamy and The Flying Car out of the water, while our vigilant Covid Cops managed to keep any infections off our set! These fine folks and all the others on the film actually *made* Clerks III; I just kinda watched, giggled a ton, and counted my blessings while they did it. Fred “The Fog” Shero wrote a message on the blackboard in the @philadelphiaflyers locker room the year they won the Stanley Cup: “Win Together Today and We Walk Together Forever.” It’s a beautiful collection of words that I’ve always adored: a promise of camaraderie wrapped in immortality. By any measure, through the act of creating Clerks III, we have won – so our walk together forever starts today! #KevinSmith

The film, which the film revolves around Randal Graves, who after surviving a heart attack, wants to make a movie with Dante Hicks about their lives at the Quick Stop, is  he ninth  film set in Smith’s View Askewniverse, 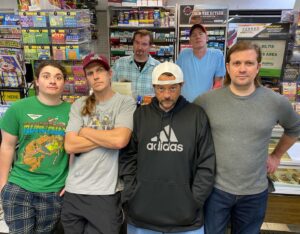 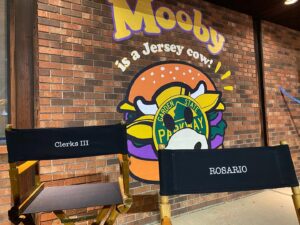 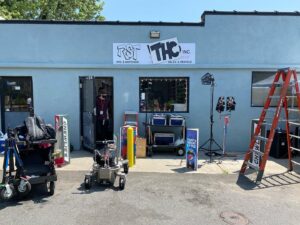 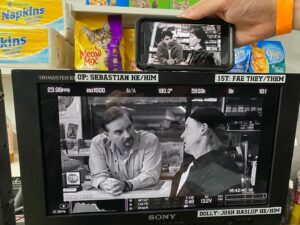