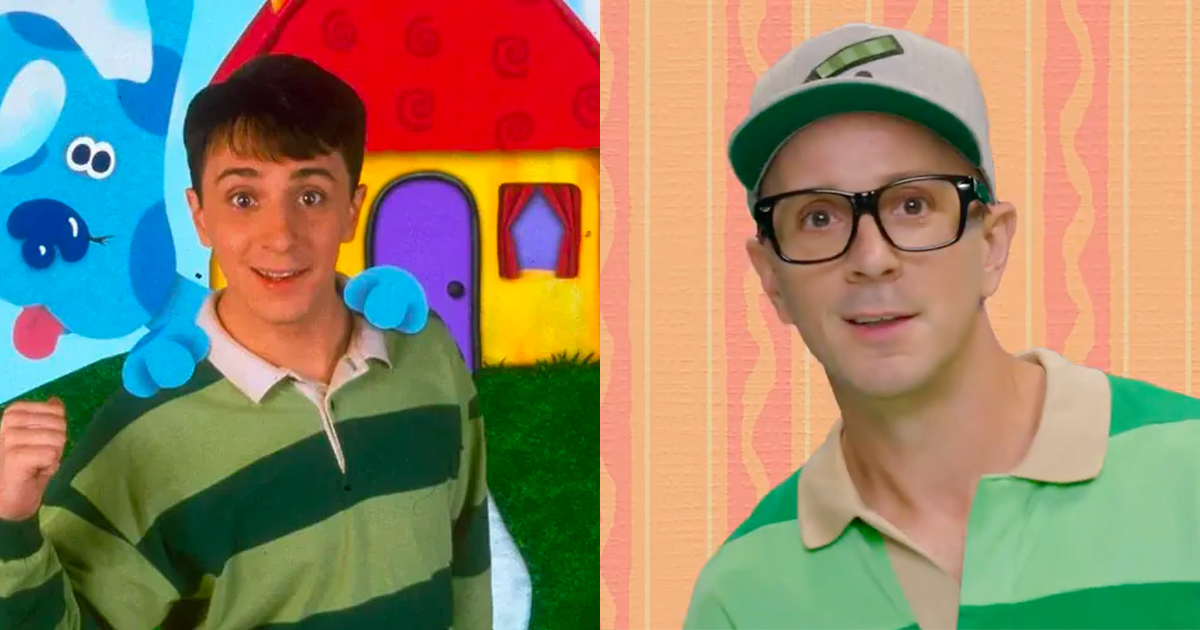 Steve Burns, the original host of the popular Nick Jr. series Blue’s Clues, sent a very heartfelt message to former kids that grew up with him. The video, which was sent in conjunction with the hit show’s 25th anniversary, addressed how difficult it probably was for children to cope with his sudden departure from the show.

“Hi, you got a second? Okay. You remember how when we were younger we used to run around and hang out with Blue and find clues and talk to Mr. Salt and freak out mail and do all the fun stuff and then one day I was like, “Oh hey, guess what? Big news… I’m leaving. This is my brother Joe. He’s new best friend.” And then I got on a bus, and I left and we didn’t see each other for like a really long time. Can we just talk about that? Great, because I realized that was kind of abrupt. I just kind of got up and went to college. and that was really challenging by the way, but great because I got to use my mind and take a step at a time and now, I literally am doing many of the things that I wanted to do. And then look at you and look at all you have done and all you have accomplished in all that time and it’s just… it’s just so amazing, right? I mean we started out with clues and now it’s what? Student loans and jobs and families and some of it has been kinda hard, you know? I know you know. And I wanted to tell you that I really couldn’t have done all of that without your help. And in fact, all the help that you helped me with when we were younger is still helping me today, right now. And that’s super cool. I guess I just wanted to say that after all these years I never forgot you… ever. And I’m super glad we’re still friends. Thanks for listening. You look great by the way. Whatever it is you’re doing is working.”

Burns hosted the show from 1996 to 2002, at which point he was replaced by Donavan Patton, who portrayed Steve’s brother Joe. After a couple of  episodes in which they both appeared, and Steve passed the baton over to Joe, Steve headed off to college. Burns would return to Blue’s Clues for the show’s 100th episode, as well as calling in to speak with Blue (and the audience) in a Christmas episode. Patton stayed on as host until the show’s ending in 2006, also appearing in the live-action/puppet spin-off series Blue’s Room from 2004-2007.

Nick Jr. rebooted the series in 2019 as Blue’s Clues & You!, now hosted by Josh (Josh Dela Cruz). Both Burns and Patton have appeared on the series (with Josh being presented as their cousin), with Burns acting as consulting producer and occasional director. Nickelodeon Animation recently announced that Blue and Josh will be heading to the big screen in a Blues Clues movie, will will focus on the duo heading  to New York City to audition for a big Broadway musical. There is no word if Burns and Patton will be appearing in the film.

So about that time Steve went off to college… #BluesClues25 pic.twitter.com/O8NOM2eRjy