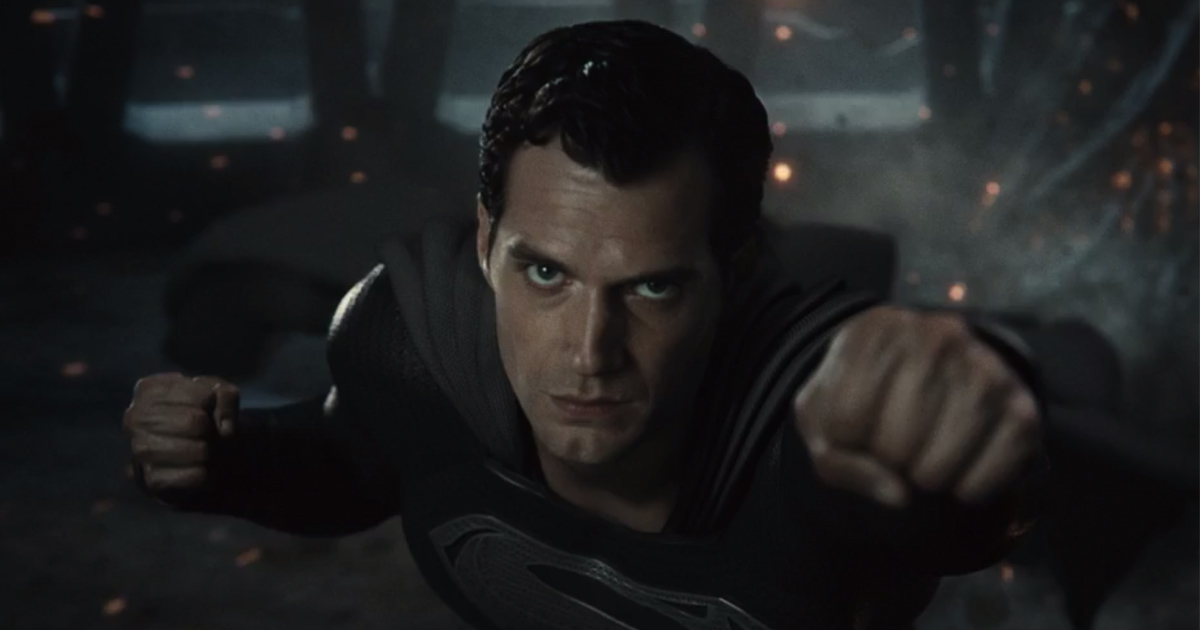 Before I begin my review, I need to do a bit of spring cleaning. I am going to say upfront that I have not seen Joss Whedon’s 2017 version of Justice League. This surprises no one more than me. Realistically, it should have been a high priority. I am not just a comic book fan, but more specifically, a DC fan. I am also a fan of the comic book film genre as a whole, and while Marvel has clearly been the standout winner for nearly two decades, I think DC has held their ground admirably. The rollout of the DCEU was rocky, to say the least, but overall, I believe the films have been solid.

I think Man of Steel added a much-needed gravity to the Superman mythos (I’ve always had a broad-stroke viewpoint that Marvel is about mortals becoming gods, whereas DC is about gods acting as mortals- there are numerous exceptions to both, obviously, but Man of Steel fit into my view nicely). The film could have used a bit of levity, however.  Even Christopher Nolan’s moody Dark Knight trilogy had a decent peppering of humorous dialogue.

I admit to being a bigger fan of Batman v Superman: Dawn of Justice than most people that I know. The theatrical version was admittedly a bit shaky, but the extended ‘Ultimate Edition’ filled in a lot of missing gaps and really helped turn the film around. I thought they did a nice job of providing both Bruce and Clark with proper motivation for their actions, and to be honest, the whole ‘Martha’ thing didn’t really bother me all that much. I could have done without Jesse Eisenberg’s whiny, manic, scene-chewing Lex Luthor, though (Smallville’s Michael Rosenbaum has so far given us the best post-Crisis live-action Lex Luthor).

In my review of the original Wonder Woman, I said that the film righted the DCEU’s ship, and while Wonder Woman 1984 didn’t quite live up to the original, it’s really hard not to like Gal Gadot in the role. While neither Aquaman and Shazam! did a considerable amount to expand on the cinematic world Warner Bros. was creating, they were both very enjoyable popcorn movies that served their purposes. Suicide Squad may have been a big bucket of OK, but Margot Robbie managed to make up for it with the superior, though far from perfect, Birds of Prey.

As to how I managed to miss Justice League, well that just boils down to the fact that I promised my son I would watch it with him, and being a bit younger, he wasn’t quite ready for it. That and the continuous “I don’t want to watch that right now” from him whenever I would suggest putting it on. Now that I have determined that his interest is on hold indefinitely, I decided to jump into Zack Snyder’s long-awaited (original) director’s cut of the film. Having not seen the theatrical version I believe gives me a rather unique perspective on the movie, as I was not burdened with continuous comparisons.

Zack Snyder’s director’s cut of Justice League is dynamic, action-packed, gritty spectacle brimming with unabashed fanservice. The film begins during the climax of Batman v Superman: Dawn of Justice, where we revisit the death of Superman in an absolutely haunting sequence. Literally seconds into the film, and we see his death treated with more weight and more gravitas than it was at the end of BvS. As Lois, Martha and the rest of the world cope with the loss of its greatest hero, Bruce Wayne is trying to gather a team of metahumans to stop the interplanetary villain Steppenwolf from gathering three ancient relics called Mother Boxes, which would allow the transformation of Earth’s terrain into a hellscape and would welcome a planet destroyer named Darkseid.

Despite multiple storylines, much of the weight of the film is carried by Ben Affleck. When Warner Bros. announced that Affleck was going to be stepping into the role of Batman for BvS, the internet fanboy community voiced their outrage, as they tend to do. I, on the other hand, thought he would be just fine. And I was right. In fact, I was more than right. Affleck portrayed the seasoned Caped Crusader (something we had not yet seen on film) quite admirably in BvS. However, he really gets to shine here. Bruce is given a bit more of a personality and as a result, Affleck is given more to work with. He’s also not forced to not carry anger with him through most of the story as he did previously.  I really like him in the role. I think so far, he’s been the best at balancing both the Batman and Bruce Wayne persona. Affleck had to bow out of starring and directing a solo Batman film due to his battle with alcoholism, but I truly hope the success of this release puts that project on Warner. Bros. spotlight again.

The tone of the film manages to find the perfect balance between a grounded drama and comic book extravaganza. I was actually reminded of the animated work of Bruce Timm, whose Batman: The Animated Series, Superman: The Animated Series, Batman Beyond, Teen Titans, Justice League and Justice League Unlimited all seemed to have one foot in the comics and one foot in the real world. Both were treated with equal importance, which is how I felt about Justice League. These are real characters in an extraordinary world.

While the four-hour run time was initially off-putting, they were wise to not break it up into four-hour long episodes as they had originally intended. The pacing of the film effortlessly kept the story moving, with action set pieces, emotional scenes and wordy exposition moments all balanced nicely (four hours may seem long for a film, but most people don’t have any issues binge-watching streaming shows, so this is no different). The extended run time also allowed for the exploration of characters like Cyborg and the Flash. I originally questioned why Warner Bros. did not go the Marvel route and introduce each Leaguer in their own solo film before throwing them into the Justice League film together. It seemed as though it would be an injustice to the characters (and perhaps Whedon’s film was), but this version of the film does a nice job of fleshing out the characters, so we do carry an emotional attachment to them.

Zack Snyder’s egregious use of slow-motion intercut, with hyper-kinetic action shots, was the cornerstone of his early career. It was exclusively used as a visual tool, often coming off as a bit shallow. But here he has crafted it into an incredibly effective method of storytelling. It’s both nuanced and bombastic at the same time. The action scenes manage to be both exciting and static, allowing us to fully take them in. Snyder and cinematographer Fabian Wagner have crafted a gorgeous-looking film, even as gritty as it is. The climax of the film is essentially one comic book splash page after another, which is not meant as an insult.

The cast of Justice League is enormous. In addition to Ben Affleck, Henry Cavill, Gal Gadot, Ray Fisher, Jason Momoa and Ezra Miller, the film also includes Amy Adams, Willem Dafoe, Jesse Eisenberg, Jeremy Irons, Diane Lane, Connie Nielsen, J. K. Simmons, Jared Leto, Joe Manganiello, Amber Heard, Harry Lennix and Billy Crudup, along with the voices of Kevin Costner and Russell Crowe; some in returning roles, some in roles they would continue in other DCEU films, some specifically for Justice League. And yet, as large as the cast is, it never feels overcrowded thanks to its extended run time.

As much as I liked Justice League, it’s not a perfect film. The dialogue is quite inconsistent. While there are some sincere moments that felt very authentic, the film is loaded with hero-moment one-liners that feel very disingenuous and very “comic booky,” and not in a good way. Snyder’s use of Tom “Junkie XL” Holkenborg’s head-pounding soundtrack is perplexing. I suppose it’s meant to elevate the action, but it stands instead as a distraction. When it’s not hitting us over the head, his score is rather uninspiring and generic. Holkenborg was scoring Whedon’s original cut back in2017 but was replaced by Danny Elfman when Joss Whedon took over (as much I love Elfman, from what I’ve heard of his score, it was as equally uninspiring). Holkenborg started from scratch for this cut, but I don’t believe his score does the film any justice (no pun intended). Only his incorporation of Han Zimmer’s incredible Man of Steel score is worth noting.

In retrospect, I’m glad I did not see the 2017 version before I saw this director’s cut. I was not burdened with constantly trying to spot the seam work and patches, trying to determine what shots were from Joss Whedon’s version, which shots were unused footage and which shots were newly shot for this version (I do suspect, however, that the film’s closing scene was newly shot, if only for the reason that Affleck is a bit thinner, and they seemed to have forgotten to give Bruce his greying temples). I have yet to decide whether I want to watch the original version after seeing this. With a run time of exactly half as long, I feel even if the two films were comparable (though I’ve heard that they are not), the original would seem either a bit crammed or a bit empty.

As of the posting of this review, Warner Bros. appears to have little interest in revisiting the DC world that Zack Snyder has created, which is a real shame. I think it’s clear that had this version of the film been the one originally sold to us, we would be knee-deep in Justice League spin-offs right now (and the film sets up A LOT of potential spin-offs). As it is, the Flash film has been in development hell for quite some time. I do hope this film at least creates discussions at the studio. While Avengers: Infinity War and Avengers: End Game were exactly what I wanted as a comic book fan, Zack Snyder’s Justice League was exactly what I wanted as a DC fan.