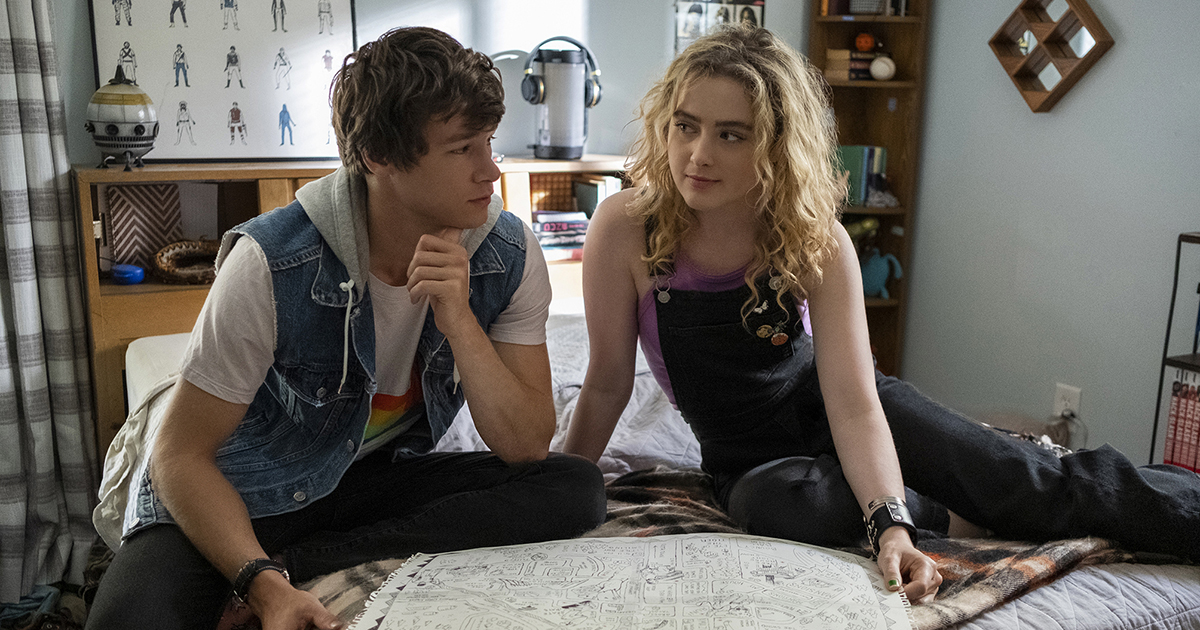 There have been numerous variations on the concept just over the last few years (Palm Springs, Happy Death Day, Edge of Tomorrow, Looper). Even with a somewhat packed field, director Ian Samuels‘ YA romance take on it stands out due to a pleasant lightheartedness that is refreshing and needed, especially in these gloomy times. While The Map of Tiny Perfect Things does not reinvent the time loop wheel, it is enjoyable enough to merit taking it for a few laps.

The film kicks off with just another ordinary day with Mark (Kyle Allen) rising from bed to start his day. Little do we know that the charismatic teen has lived this morning countless times. He just so happens to be stuck in an infinite time loop. The duration of his time in the loop is first tipped off as he makes his way across town on his bike. As he does he perfectly interacts with each person he passes – like a cog in a Rube Goldberg machine. After reliving the same day over and over, his focus is currently occupied with capturing the heart of a neighborhood girl… one who only has a passing interest in him. We watch numerous unsuccessful attempts of Mark trying to connect with her. That is until he meets Margaret (Kathryn Newton) who it turns out is also caught in a loop of her own.

Once it is revealed that the two share the same busted time continuum affliction they are inseparable. The film falls comfortably into the coming-of-age (or not aging)/young romance lane with the time loop aspect riding adjacent. What follows are are some time loop movie standards (exploration of the rules, zany antics that are wiped clean the next restart, interfering with strangers’ fate, learning new skills). But, also present are some additional doses of charm and heart that work wonders. It is sweet without being saccharine.

The film knows its audience and handles the task responsibly. It is kind of like the nice boyfriend you want your daughter to date. You can walk out of the room and trust it to be respectable. Besides some mild cursing, the sharper edges are sanded down keeping it fairly family-friendly (one F-bomb felt added to push it above the dreaded PG rating). Also missing is a lot of the grimmer conversations or experimenting with the rules of time loops that tread into the morbid or criminal activity related zones. These are replaced with an overall niceness to the film that has been missing from other entries in the genre.

Samuels wisely does not get too tied down in the science of the loop. I am sure the science is flawed somewhere, but if that’s why you are watching you chose the wrong movie. It is discussed, seems legit enough to pass the sniff test, but he does not linger on it long enough to develop questions or expect answers. The focus remains on the human side of the temporal anomaly, mainly the budding relationship between Margaret and Mark. Working just as effectively are some tender moments with loved ones. The film gave me the chills several times. The touching human aspects rang true enough, finding the right balance to avoid slipping into sitcom territory while never taking itself too seriously.

While it does tread on some familiar ground, you cannot really hold that against it. Since the film is targeted at a new audience and some rules just have to be explained. And, at least for me, I really do not mind at all. I always find the slight variances between the time loop rules to be one of the most interesting parts. It avoids feeling too much like any of the other entries in the loop cinematic world.

Allen and Newton are both very likable on their own and have easygoing chemistry together that goes a long way. You can expect to see (or may already have) a lot more of the pair. Allen will be in Spielberg’s upcoming West Side Story remake. Newton who had a big some recent hit films (Blockers, Freaky) will be making her MCU debut in the upcoming Ant-man film. They are joined on by a relatively new face, Jermaine Harris, as Mark’s video game addicted friend Henry, injects some additional laughs including a slightly off Yoda-impersonation.

There’s actually a lot to like. The bouncy soundtrack/score are as much fun as they are impressive accompanying unexpectedly crafty continuous takes. The film is charming enough for a wide audience, but younger audiences will probably gravitate toward it most – and, they won’t be wrong to do so. I shared this film with my daughters. It was the first temporal anomaly film they have ever watched. They loved it. It makes me wonder how it would be received by audiences if it was the first time loop film. Would it be the most beloved? Hmm.

The Map of Tiny Perfect Things is smart and entertaining enough that it will certainly find its audience. I presume younger audiences will watch it again and again and again…

The Map of Tiny Perfect Things is streaming exclusively on Amazon Prime today.

Check out our interview with the film’s stars below. 🙂 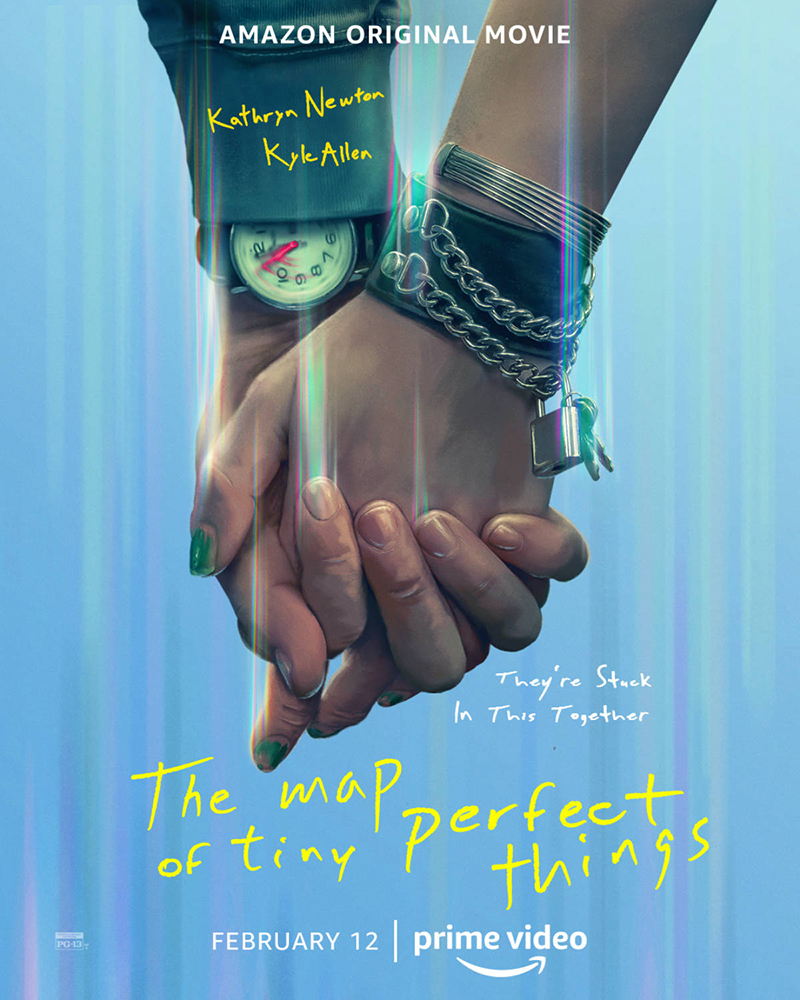 The Map of Tiny Perfect Things does not reinvent the time loop wheel but its cleverness, enjoyable performance, and heart merit taking it for a spin.