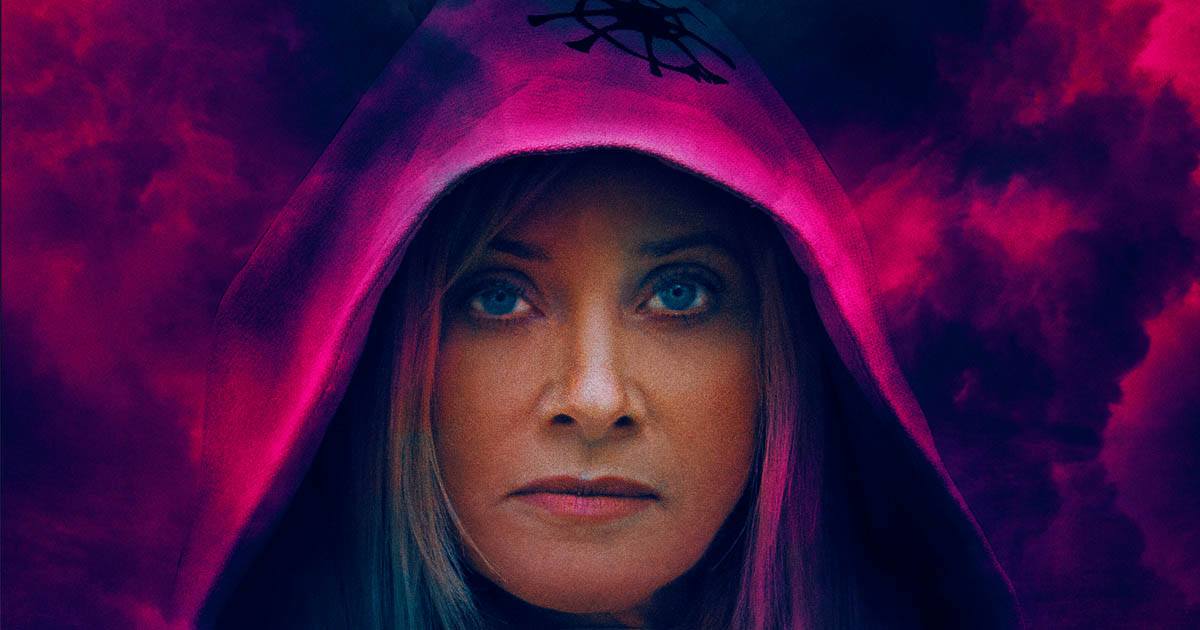 Filmmakers Andy Collier and Toor Mian collaborate once again to bring audiences a brand new horror experience with Sacrifice. The filmmaking duo last brought to the screen Charismata in 2017, a horror crime drama, and are continuing to hone in on their passion for creating Lovecraft-inspired supernatural films.

Sacrifice, the latest of Lovecraftian horror, follows the story of Isaac (Ludovic Hughes) who after his mother’s death, returns to the remote Norwegian island where he grew up. With his pregnant wife Emma (Sophie Stevens) the New York couple only plan to stay a few weeks to sell Isaac’s childhood home. Shortly into their stay, however, Emma begins to suffer from disturbing nightmares whereas Isaac starts behaving as though he were possessed. Soon the pair discover that the villagers are hiding a deadly secret and find themselves as the centerfold of a sinister cult that worships a sea-dwelling deity.

Collier and Mian, who both directed and produced this latest film, recently spoke with us about their filmmaking partnership and how Sacrifice turned into a much larger project than either one of them ever intended.

This is only your second feature film, but you’ve done multiple projects together. What’s the benefit of working with each other? How did you come to be a filmmaking pair?

Andy Collier (AC): I can tell you how we came together. We met because we both, unfortunately, cast the same actor who is a producing partner and who’s also an actor, in separate movies. He realizes that if he’s friendly with directors he can get lots of acting jobs, so he kind of never left. I guess the reason we get on well is similar tastes. Like Toor and I are the only people who we mutually met who loved the old Antonio Banderas movie, the 13th warrior, which is, I think, one of the best movies ever made, and people hate it. And the rest of the world hates it. So we spent a lot of time talking about that.

How did you fall into working in the horror genre? Are you both horror fans?

TM: I personally hate horror. I just work on horror because Andy leads me in that direction and we have a very abusive relationship. If it was up to me, we wouldn’t be working the horror genre we’d be making, you know, romantic comedies or kitchen sink dramas.

AC: On the other hand, I do love horror. I think I love a movie where it is surprising in a way and you don’t know what’s going to happen, and I think horror embodies that. Because I think this is a genre where anything goes and more than any other genre you don’t know what’s gonna happen when you start on a film. Like a thriller is probably going to be a thriller and a comic book movie is going to have superheroes and explosions whereas horror could be anything.

‘Sacrifice’ is based on the short story ‘Men of the Cloth.’ Did you read that short story and that is what led you to write the screenplay for this film?

AC: Yeah, we were looking. After our previous film Charismata, which was ambitious in scope, like we shot it in London with a large cast, in many locations, we were looking to shoot something much easier and much lazier, like a two-person, Cabin in the Woods, self-contained, folk horror type thing or thriller. And we found that short story amongst many others that we were looking at, trying to find inspiration because we couldn’t find our own to write anything new, and I kept coming back to that one. And yeah, I think we tried not to make that one but we were sifting through piles of stories and that kept rising to the top.

TM: If I remember correctly, and this is going back a number of years now depressingly, I think it’s an absolutely wonderful short story and Paul Kane is such a magnificent writer. But I think when we read it, it was well, I really, I loved scarecrows. Let’s make a horror film with scarecrows. This has got a sh*tload of scarecrows in it. No one’s made a really, really great scarecrow horror movie in years. Let’s do that. And then we started adapting it and we realized we don’t have the budget to make a scarecrow movie where the scarecrows come to life. But by that time, we were so invested in every other element of the screenplay and the story, that we ended up exercising the Scarecrow element from our final script, just so we could produce it on the budget that we had.

Originally you said you were looking to do something smaller scale, so how did you end up scouting for and filming in locations in Norway?

TM: The genesis of the idea was to do a cabin in the woods type movie, one or two locations, we were gonna film it. And very, very initially, in terms of the original draft in the UK, try and keep it as self-contained as possible. And then one of us had the bright idea, probably prompted by half of my family being Norwegian. And at the time, we thought that was a wonderful idea. But there were two problems with that. Ultimately, one, Norway is literally the most expensive country in the world, and two,  Midsommar came out just as we started production. So what went from being what we hoped at the time was an exercise in originality, transpired into something that looked like we were potentially hopping on a bandwagon that didn’t exist before we started the process. But luckily, we think at least our film, certainly aesthetically, stylistically, is very, very different from Midsommar. But it did start as this contained, a couple of locations, horror is filmed in our backyard. But we had the best intentions.

AC: Yeah, I think the Norwegian fjord looks a lot prettier than your backyard Toor.

What was it like working with Barbara Crampton? She’s no stranger to the horror genre so was that a planned role for her?

TM: I think the main reason she came on onto the film was we paid her. She did it. She did it for the money. That’s a reality. No, that may well be the reality but our producer is an actor as well and he worked with Barbara on a film, a cool horror film, called Replace a few years ago. So he’s one of the actors in that. So they had a pre-existing relationship. And originally her character in Sacrifice was male but when our producer read the script, he said to us this actually could be something that Barbara might be interested in. I mean, it’s Lovecraftian horror, she’s the queen of horror, she is a great actress, she looks as Scandinavian as is possible to look, please send it on to her. And he did. And thankfully, she enjoyed the script and was interested. And we thought, yeah, let’s just rewrite the role for her.

AC: I think that making that character female added a lot of dimension to it as well. Before it was kind of a more ambiguous go now, you know, so it wasn’t, I mean, the character wasn’t so differentiated from the rest of the characters, whereas we were able to write more layers into it. And then Barbara, Barbara added, even more, she added a lot of nuances into the character and the performance. So it worked out really well.

Sacrifice, a horror, mystery, and thriller all wrapped into one, opened in select theaters this past weekend but is available now On Demand. The film will also be released on Blu-ray by Epic Pictures on February 23.