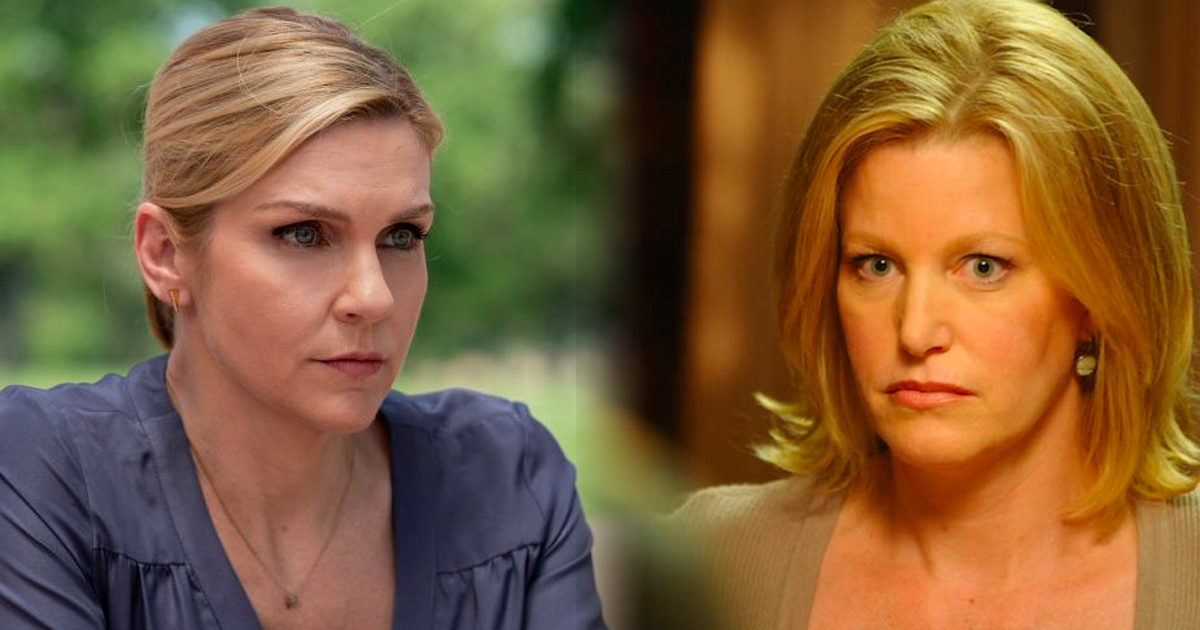 Better Call Saul is one of the greatest shows on television right now. It’s well-written, beautifully shot, makes us feel things, and easily goes to-to-toe with Breaking Bad in terms of quality. Jimmy McGill and his descent into the persona of Saul Goodman is the focus, but the show also details the backstories of several Breaking Bad characters and introduces new ones, including Kim Wexler.

Kim, portrayed by Rhea Seehorn, is Jimmy’s smart, capable, and driven partner in crime. Though Kim does not appear in Breaking Bad, she has an obvious corollary in Skyler White, Walter’s wife. Both are romantic partners to their respective anti hero protagonists. Both make morally questionable decisions, and both even excel at being criminals when given the chance.

But fans’ receptions of these two could not have been more different. Kim is a beloved fan favorite. Skyler inspired a deep vitriol that overflowed into verbal attacks and threats against Anna Gunn, the actor who portrays her.

If we take a moment to consider the facts, this hatred is undeserved. Skyler has her flaws and ends up complicit in her husband’s crimes, but her actions stem from a fierce, almost heroic desire to keep her family intact. By comparison, you might recall that Walt kills one person and seriously wounds another on DAY ONE of his meth-making journey.

I admit that Kim is more likable than Skyler. She never works against Jimmy, and often helps him directly. Unlike Skyler, she does not have the burden of battling the protagonist or the direction of the series. As Lili Loofbourow explains in her article “How Better Call Saul fixed Breaking Bad’s Skyler Problem,” “Protagonism, no matter how villainous, easily trumps ethics. A corollary to that theory is that people love momentum, morals be damned, and turn on characters who try to pump the brakes. Particularly when they’re women.”

This quote highlights the inherent misogyny in the audience’s hatred for Skyler. Why can’t she get off Walt’s murdering, child-poisoning back for once? In Walt Jr.’s famous words, why does she have to be such…”a bitch?”

Unfortunately, sexism plays a significant role in how differently we perceive Kim and Skyler. But our reaction also comes from our hatred of being told what to do.

This phenomenon has a name: psychological reactance. It is a well-documented phenomenon, and unfortunately for our public health, a well-demonstrated one (is it too soon for pandemic jokes?). Having our choices limited, even for the best possible reasons, can feel claustrophobic. And on the flip side, having our choices broadened, even if those choices are bad ones, can feel euphoric.

With this lens, Breaking Bad is a rejection of a restricted life. Walt feels trapped by his job as a chemistry teacher to uninterested high schoolers. He feels emasculated and micromanaged by Skyler, nagged about what credit cards to use, and forced to endure her floppy, unappetizing veggie bacon. Then he’s hit by a cancer diagnosis that traps him further, numbering the days he has left to live. It’s then that he breaks bad, willing to make choices that were previously forbidden. It’s satisfying to watch him take control. But if we get too caught up in our reactance, Skyler ends up reduced to a symbol of Walt’s confinement rather than her own character.

Even though bills need to be paid, and health needs to be maintained, Skyler comes across to some as petty and overbearing. Her pragmatic willingness to play unglamorous roles for the good of her family triggers a gut reaction of angry resentment.

Jimmy undergoes a similar transformation. Kim’s reaction to this is much less rigid than Skyler’s, perhaps because she doesn’t have much by way of family to protect. Rather than trying to prevent Jimmy’s descent into Saul, Kim is seduced by it. She forays into his world as “Giselle,” helping con a rich douchebag into buying them shot after shot of the very expensive Zafiro Añejo tequila.

Not only does Kim let Jimmy make his own questionable decisions, but by season five she’s expanding his horizon of morally dubious choice. In the season finale, she suggests they frame Howard for misconduct to speed the Sandpiper case to a settlement and receive their portion of the common fund.

Kim and Jimmy’s story is one of enabling influences. This new enticing persona, “Slippin’ Kimmy” if you will, only exists because of Jimmy. He opened the door to a previously forbidden path, made it real and attainable. And Kim likes it. It’s authentic to her in a way that Schweikart & Cokely or Mesa Verde are not.

We’ve all been tempted to engage in traditionally unacceptable behavior, to push against the boundaries of society. Maybe we’d like to trick rich folks out of their money or lie to someone to get them to do what we want or send prostitutes to harass an old boss at his business lunch. You know, typical stuff. But we don’t, probably because of our morals, or a fear of consequence. Watching Kim face the same questions and actually make some of those choices and evade consequence (for now) feels like wish fulfillment.

But this lust for choice can be dangerous. We know exactly where Jimmy is headed, and how Walt’s story ends. We don’t know Kim’s fate yet, but it’s hard to imagine she’ll escape unscathed.

So if you find yourself in an “I Hate Skyler White” Facebook group, or extolling Kim’s virtues over Skyler’s, maybe question how much of your reaction is actually reactance. And remember, there’s plenty of room in our hearts for both Skyler and Kim.

You can find more of Emilia Yu’s work at theknockturnal.com/author/emilia-yu.