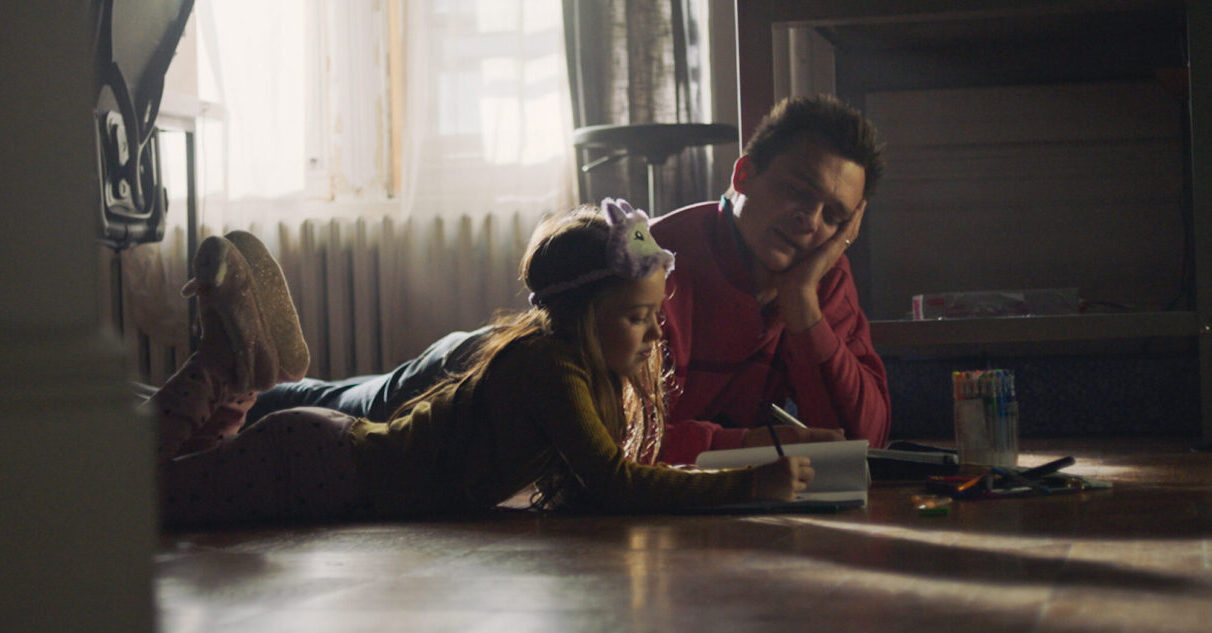 There has never been a better time to be a fan of horror films. The past decade has seen an explosion of arthouse horror. Topics and perspectives that seldom get the horror treatment have resulted in fascinating films with unique voices. Films like The Babadook that explores the stress and anxiety of single parenthood, or Get Out that cleverly reveals the trauma of the black experience in America, or Hereditary that mines the tragedy of grief for gut punching family drama mixed with truly terrifying scenes. We expect more from our horror. Which is why the new supernatural film Separation by Director William Brent Bell will have an uphill battle to please audiences.

It’s a shame, because the basic plot of a domineering ex-wife refusing a loving father access to his child and extracting revenge from beyond the grave has so much potential for psychological horror. Unfortunately the result is a horror film that isn’t very scary and a drama that isn’t very impactful.

What works in the film? The design of the creepy dolls are very reminiscent of Scary Stories to Tell In The Dark and Shel Silverstein novels of my childhood. The look of the creatures as well as the visual effects are really top notch. The cast is also great, so bravo to Judy Bowman working out of NYC. The Big Apple makes for some great exterior sequences in Brooklyn and Manhattan.

What doesn’t work? Pretty much everything else. The scares do not land. It is a pet peeve of mine, but creepy characters walking upside down on their hands has not been scary since In The Mouth of Madness. And we get plenty of these tired horror scares; for example, the puppets mentioned earlier move with over-cranked footage in jerky movements a’la Jacob’s Ladder and Thir13en Ghosts. William Brent Bell and his cinematographer Karl Walter Lindelaub failed to design their own visual language for presenting these supernatural moments and instead relied on old horror tropes. Definitely a missed opportunity to do something unique.

The story focuses on 8-year old Jenny (Violet McGraw; Haunting of Hill House) who is pulled between her parents in the midst of a bitter divorce. Her father, struggling comic artist Jeff (Rupert Friend; Homeland, Death of Stalin) constantly fights with her mother Maggie (Mammie Gummer; The Good Wife, True Detective), an overworked and under-appreciated lawyer.

Jeff is supposed to be the protagonist of the film however in the first scene we see Jeff flirting with the babysitter Samantha (Madeline Brewer; Hustlers, Cam, The Handmaids Tale) while ignoring his daughter who plays with creepy dolls in the dusty attic, inevitably resulting in an injury. Maggie comes home to this scene and is rightfully upset. In the ensuing fight, it is revealed that Maggie began working as a lawyer with her father’s firm to support their upper-middle class lifestyle. They were once creative partners that produced a series of creepy looking children’s puppets (hence the dolls Jenny plays with throughout the film) but to afford their lavish brownstone in Fort Greene, Maggie had to sacrifice her ambitions.

This becomes relevant during the divorce hearing when Maggie wants full custody of Jenny. With the help of her lawyer father Rivers (the amazing as always Brian Cox) they successfully get Jeff to sign away all of his rights to his daughter for a payout. He reluctantly accepts after some cajoling from his lawyer that this is the best deal Jeff is going to receive. And we’re supposed to route for this guy?

Afterwards, during a phone conversation that goes on way too long, Maggie is violently killed – in the most shocking and effective moment of the movie – and now Jeff has full custody of his daughter. Much to the chagrin of his father-in-law who vows to fight Jeff for custody. Oh, and Rivers is convinced that his daughter’s death was no accident. She was murdered…which won’t really be relevant until the final act of the movie.

During the wake a supernatural presence is felt, knocking over candles that were haphazardly placed in front of the family portrait. The candles conveniently melt the painting of Jeff’s face (do paintings melt?) foreshadowing the horrors to come, before being extinguished by Samantha who still hangs around the family for some reason. Is Maggie communicating from beyond the grave? The answer will shock no one. And the scares will frighten no one.

Now that Jeff is the breadwinner of the family, what is a struggling artist to do? It turns out, get a cup of coffee and run into Connor, an old “college buddy” who wants to hire Jeff on the spot because he was such a genius. This is one of my issues with the screenplay. It’s hard to feel empathy for this character when everyone around him keeps heaping praise on his genius and talents. So Jeff has to compromise his ideals and get a full time job working at a hipster indie comic publisher in midtown headed by Connor and Alan, two frat boy white dudes who constantly refer to each other as “bro.” Except Alan is from Australia so he knows a thing or two about ghostly spirits because he heard some aboriginals talk about it over a campfire. Note to the screenwriters: when a rich white guy talks about native practices and cultures as if he is an expert, it is called appropriation. New York City is very diverse. It would have been very easy to make Alan a POC, have him speak from personal experience, and would come off as completely believable. When general audiences complain that Hollywood is out of touch, this is exactly what they are talking about. Anyways, Alan loves Jeff’s genius so much because everyone else in his employment is so young “they don’t understand trauma.” I’d like Alan to talk to my 8-year old self about that. We would have some words and I may have thrown hands.

Back home, Jeff begins to regularly experience his creepy dolls coming to life and threatening him in a series of nightmares. Also, Jenny has started talking to an imaginary friend (yes, another horror trope) scaring Samantha. It is revealed that Samantha has stuck around because she has the hots for Jeff which he astonishingly refuses. I’m sure you can guess how all of these plot points tie together..

Watch Separation if you are a fan of puppeteering and are obsessed with supernatural stories. There was a kernel of a great idea in the film. Unfortunately the screenplay could have used a few more rewrites. 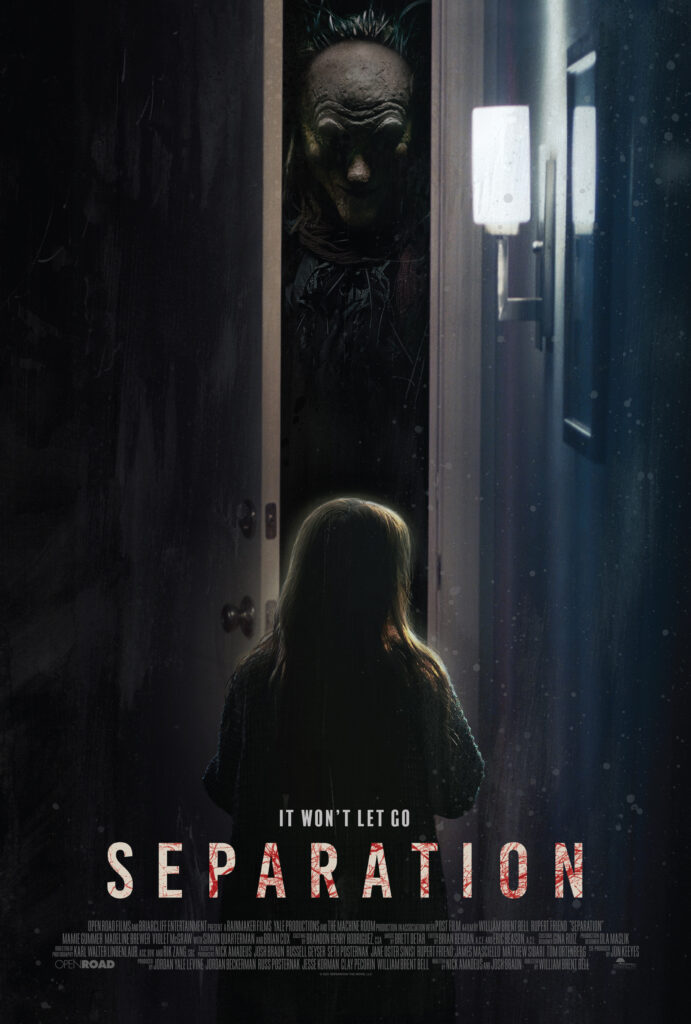 Separation takes a kernel of an interesting concept: a vengeful ex-wife who wants to take her child away from a loving father, and turns it into a cliché ridden mess devoid of any humanity.