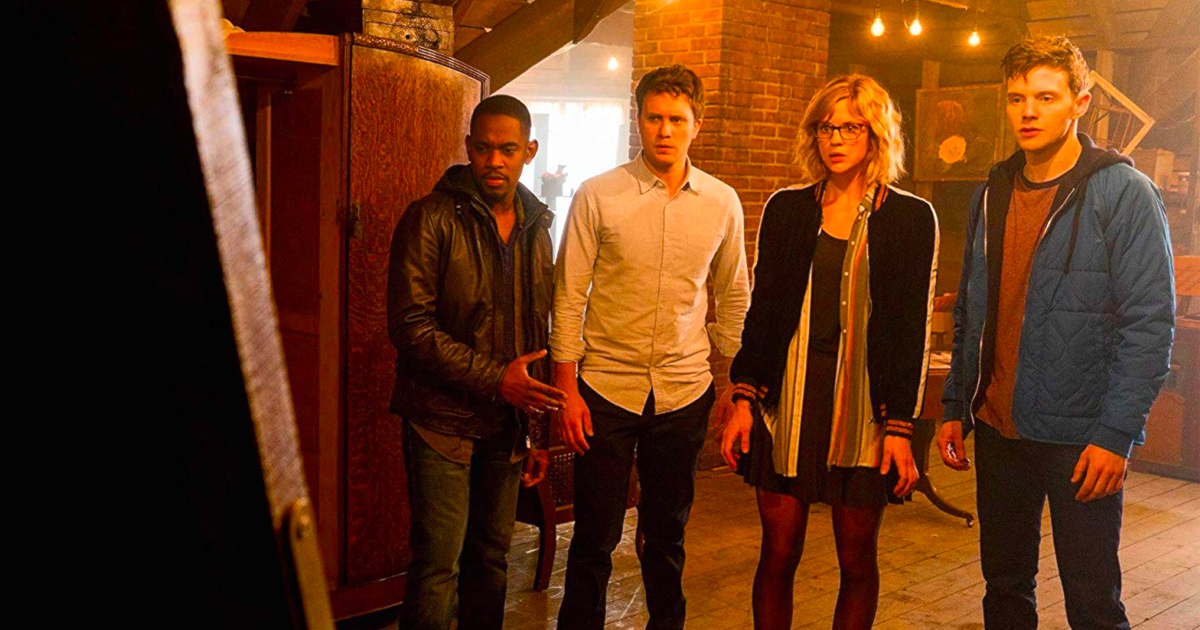 We take a look at the new science-fiction thriller, Parallel

In one of the opening scenes of the pilot for the 90s television series Sliders, a show about traveling between parallel universes, the main character Quinn Mallory (Jerry O’Connell) is shown having fallen asleep reading a copy of Hyperspace: A Scientific Odyssey Through Parallel Universes, Time Warps, and the 10th Dimension by Michio Kaku, a book that I was actively reading when the show premiered. This only further cemented my love of the parallel universe subgenre of science fiction.

The notion of alternative universes was often seen in science fiction literature and television in the 1950s and 1960s, such as the classic Twilight Zone episodes Mirror Image and The Parallel. There have been other series since then that have dealt with the notion of parallel worlds, most notably FOX’s Fringe and Amazon’s The Man in the High Castle and Counterpart, as well as films like Sliding Doors and Coherence, but none of these have captured the feeling of classic mid-twentieth century science fiction like the new film Parallel.

Parallel follows a group of friends (Martin Wallström, Aml Ameen, Georgia King and Mark O’Brien) trying to find success as smartphone app developers. Just when things look the bleakest for the foursome, they discover a mirror in the attic of the house they are renting that acts as a portal to the multiverse. What follows is a tale of morality as each cope with the individual temptations of having access to such a powerful tool.

Like classic science fiction, Parallel leans heavily into horror. The idea of traveling to a parallel universe and possibly running into your doppelganger is scary. Watching the film, I was reminded of the 2007 Spanish-language time-travel film Los Cronocrímenes (Timecrimes). It too emphasized the horror elements of its given genre (one that often intertwines with the parallel universe genre).

Despite a relatively simple plot, Parallel is fairly dense, which is the result of following the storylines of each of the four principal characters, all of which could have supported its own film. In fact, I believe the script could benefit from being developed into a television or streaming series, as each of the characters’ arcs could be explored even further. While that sounds like it’s a criticism, it speaks on how well developed the story is by first time writer Scott Blaszak.

Director Isaac Ezban, in his first English-language feature film, does a nice job of balancing the multiple stories while still maintaining the film’s growing tension. A less competent director could have easily allowed the film to get muddied with the details. The film takes a few nice unexpected turns, though it suffers from a slightly clichéd climax. I was reminded of the ending of numerous thrillers from the 90s, where the intelligence of the script takes a back seat to action, though Parallel dulls that a bit with an effective callback.

The film benefits from nice performances from its cast. Each believably tackles their respective ethical dilemmas, creating scenarios in which the audience can insert themselves. As a viewer, you immediately put yourself in the shoes of the characters, questioning how you would handle having access to a portal to alternate realities. If a film can entertain while still being thought-provoking, then it’s doing something right.

As I mentioned earlier, there are echoes of classic science fiction literature here. Had the mirror to the multiverse been technical in nature, this film would have felt right at home in Netflix’s Black Mirror universe, a series that like The Twilight Zone, perfectly balances sci-fi, horror and morality. Parallel is a smart and tense thriller that is well worth a watch.

Parallel is a smart and tense thriller in the vein of classic science fiction.