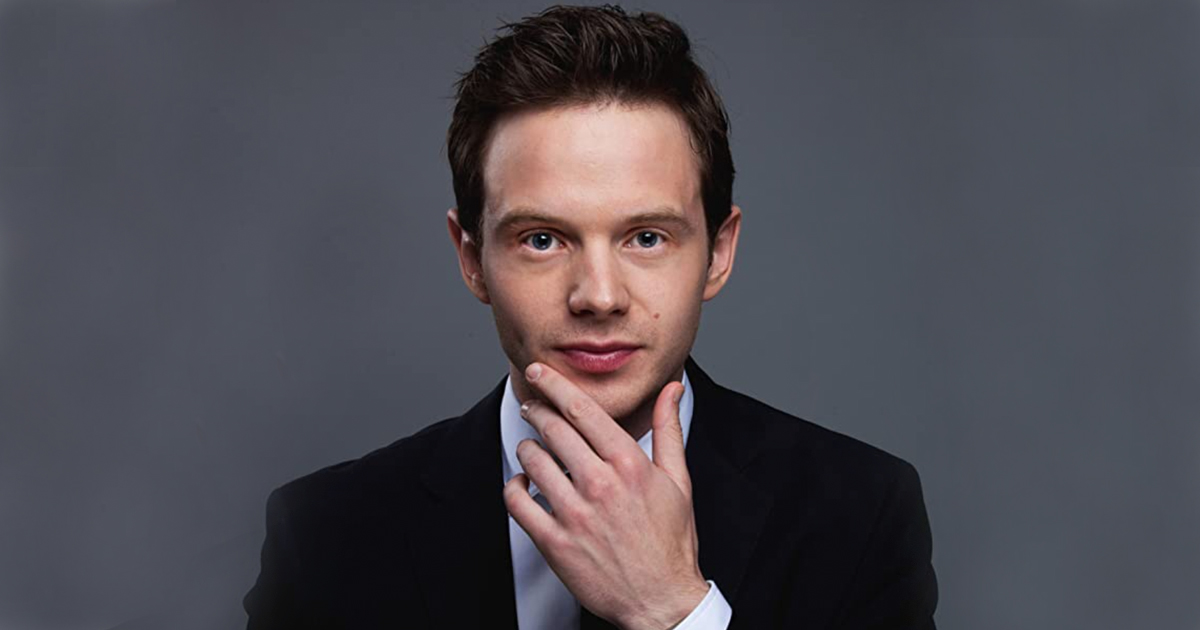 We spoke with actor Mark O’Brien, one of the stars of the upcoming sci-fi thriller Parallel about his character’s motivation, what he looks for in a role and what he would do with a portal to the multiverse.

Mark O’Brien is an award-winning actor is best known for the Canadian television series Republic of Doyle and the AMC series Halt and Catch Fire, as well as roles in the films Goalie, Marriage Story, and Bad Times at the El Royale. In the upcoming film Parallel, O’Brien portrays Josh, an entrepreneur who, along with his friends (played by Georgia King, Martin Wallström and Aml Ameen) discover a mirror that acts as a portal to a “multiverse.” However, they soon discover that importing knowledge from the other side to better their lives has dire consequences.

While the other three friends set out to use the “alt” universes for personal and professional gain, Josh’s intentions are a bit less consequential, explains O’Brien. “They’re all trying to create the ‘next big thing,’ and while Josh is very smart, he really just wants to have a good time,” he says. “The others are out for these serious life-changing kinds of things, whereas Josh wants to have fun. I actually think it’s a higher plane to be on, in a way. He doesn’t want to necessarily hurt anyone or do anything wrong. Unfortunately, he becomes a victim of that circumstance.”

It’s because of this circumstance that the film, and Josh, move into a much darker place, forcing O’Brien to approach the character differently. That type of transition comes naturally to the actor, though. “As an actor, you do this all the time,” he says. “We have to go from one thing to another. We audition for this part and go work on a movie in that part, and on to a TV show for another part. It’s part of our job to be comfortable coming from different places and to be in a different headspace.”

“I hear actors talk about the difficulty of getting in and out of characters, and to be perfectly honest, that’s our job,” continues O’Brien. “That’s what we’re supposed to do. We’re supposed to find these weird places in these weird zones and hit it. If you can figure out where the character is coming from, then that’s the fun. That’s the joy. If you have the same motivation in every single role that you play, you’ll be bored to tears. I like the challenge. I like to take on something that I don’t really know how I’m going play.”

Parallel is directed by Mexican director Isaac Ezban in his first English-language film. O’Brien, a director himself, felt he was able to learn from working with Ezban. “I think you learn from every director that you work with,” says O’Brien. “What I like the most Isaac is that he enjoys what’s happening. He listens and he’s willing to change and adapt. The group of the four main actors was very collaborative and Isaac was always listening. It’s kind of a fluid process that’s always finding its way, and I think I think Isaac is particularly strong at that.” 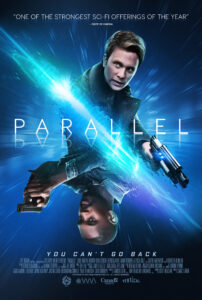 The script was written by first time writer Scott Blaszak, who incorporated elements of horror into the science-fiction premise, something O’Brian and Ezban appreciated. “I liked that aspect, and I think that’s kind of Isaac’s taste as well,” says O’Brien. “He loves sci-fi, but he also loves horror, and those two elements together give you a feeling of dread. Anything can happen when you have those two genres playing together.”

When it comes to choosing his projects, O’Brien says he likes to work with strong filmmakers but when it comes to the scripts, it’s clear character motivation that he’s looking for. “One thing I’ve noticed a lot working with other filmmakers and reading other scripts is that you realize that the ones that don’t work are the ones in which motivations aren’t clear,” he says. “What do people want? What do they want as a human being? Is everything is happening inevitable and yet surprising? I think those things are the most important.”

“What I like about this film that the setup of the idea might seem complicated, but it’s actually quite simple to swallow,” O’Brien continues. “The leaner and the less complicated the better. If you breakdown some of the greatest films of all time, they’re not really that complicated. What’s Jurassic Park about? Or Saving Private Ryan? We’re going to get the guy. That’s what I like. It’s complicated yet simple.”

With Parallel, O’Brien was drawn to the effects that the temptation of the mirror has on the characters. “Here we’re dealing with parallel universes, and if we are suggesting that such a thing is a possibility, then the repercussions are probably fraught with disaster,” he says. “We talked a lot about Danny Boyle’s film Shallow Grave while we were making it. Like our film, it’s about these friends that have a secret that one by one, that tears away their relationships. There are so many temptations in life, but for me, it’s about maintaining relationships with people. That’s what I hope people take away from the film.”