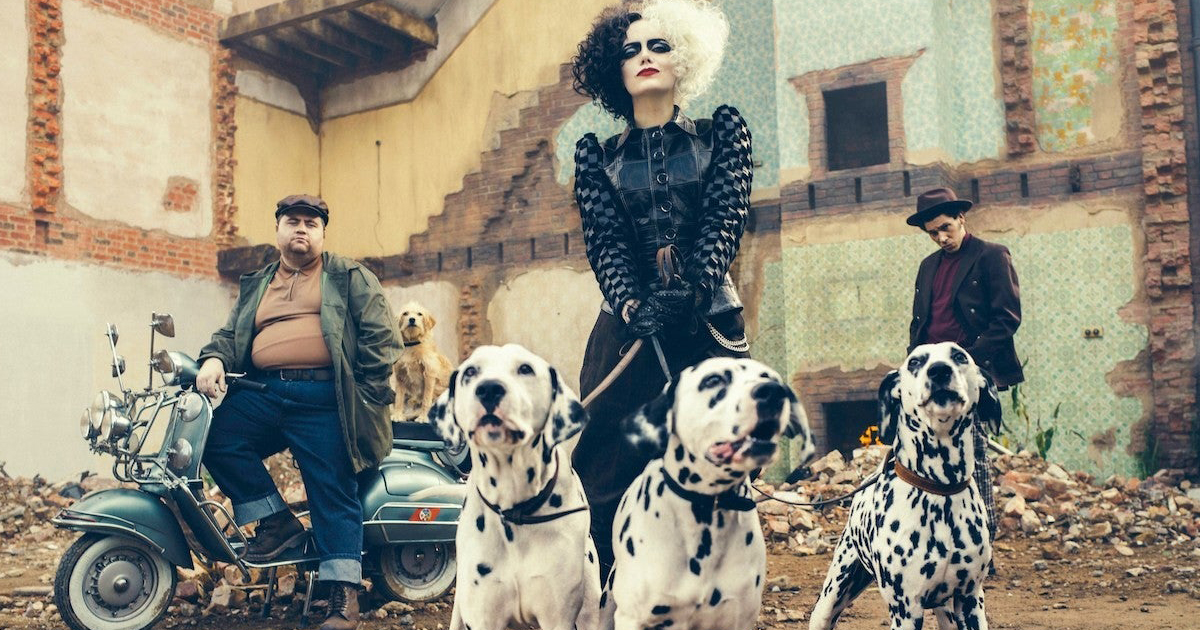 This morning, Disney released the official trailer for Cruella, a live-action take on the iconic 101 Dalmatians villain, starring Emma Stone.

Set in 1970s London, Cruella acts as an origin story to the infamous fur obsessive Dalmatian thief. Estella (Emma Stone) is an aspiring punk designer and grifter trying to get society’s wealthiest people to take notice of her clothes and designs. Amidst her strive for attention, Estella becomes acquainted with a pair of young thieves who together begin to build a mischievous life on the streets. Soon enough her fashion designs catch the attention of a chic baroness (Emma Thompson) which propels Estella to acknowledge her taste for wickedness eventually leading to the frightening yet fashionable persona of Cruella de Vil.

Although Cruella is expected to be in theaters on May 28th, Disney CEO Bob Chapek said that the film could end up streaming on Disney+ in place of or alongside its theatrical release.