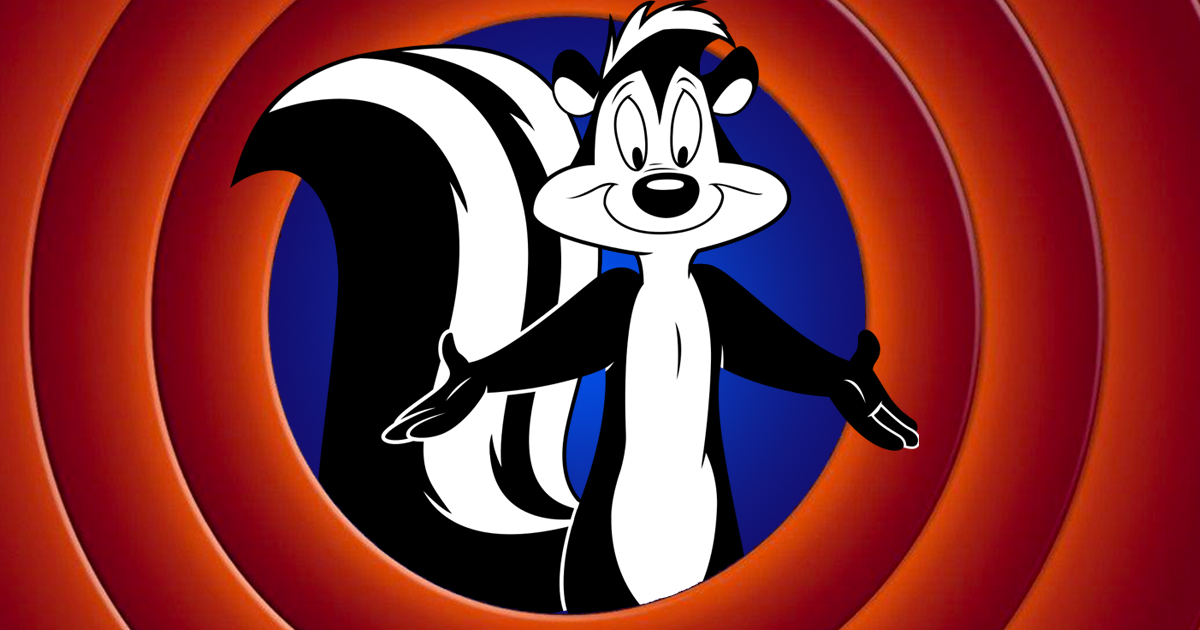 In a recent op-ed column in the New York Times regarding Dr. Seuss Enterprises ceasing publication of six Dr. Seuss books due to “racist and insensitive imagery,” writer Charles M. Blow briefly mentioned that he also believed that the classic Looney Tunes character Pepé Le Pew “normalized rape culture.” In response, Warner Bros. announced that Pepé would not only be cut out of the upcoming Space Jam 2: A New Legacy, but would also no longer have a role In any upcoming Looney Tunes projects. While I can’t speak on what specifically was cut from Space Jam 2, I do believe discarding Pepé altogether is a missed opportunity, both creatively and socially.

Pepé Le Pew was created by legendary animator, Chuck Jones, making his debut in the 1945 cartoon, Odor-able Kitty. Pepé storylines typically followed his romantic pursuit of Penelope Pussycat, a black cat who always seemed to manage to find herself with a painted white stripe down her back and tail, causing Pepé to believe she was a skunk like himself. Penelope would frantically try to get away from the advancing Pepé, due primarily to his skunk stench, while he would chase after her at a leisurely pace. The humor would lie in his many unsuccessful attempts at seduction, often resulting in harm to himself.

There is no one in entertainment that I respect more than Chuck Jones. I was on a trajectory to become an animator at one point in my life (unfortunately I didn’t quite have the skillset for it), and it was the work of Jones that was my primary inspiration. In addition to his more expressive drawing style, his timing as a director ranks among some of the best comedians. As a child, he lived close to the United Artists backlot and he would sit at the fence and watch Charlie Chaplin and Buster Keaton make movies, so he couldn’t have learned from anyone better.

Jones humanized the Looney Tunes much more so than any other animator at the time. He infused his versions of the Looney Tunes characters with various aspects of the human psyche; particularly, his own. In writing about Pepé, he stated, “If you can’t do it yourself, animate somebody who can–Pepé le Pew, for example. Pepé’s sexual confidence is absolute. He sees rejection as no more than a temporary setback and every pursuit as an interesting variation on the road to inevitable success. For myself, as an eighteen-year-old, I took every expression from every girl as a rejection. If I couldn’t find a rejection I liked, I would invent one (Jones also stated that Pepé was loosely based on his colleague, writer Tedd Pierce, a self-styled “ladies’ man” who reportedly always assumed that his infatuations were reciprocated).” For Jones, Pepé le Pew was not the hero of the story, but the butt of the joke. “Pepé is … so sure of his appeal to women that it never occurs to him that his attentions might be unwelcome, or even offensive.” We were meant to laugh at his misguided attempts at romantic conquests, not admire it. This commentary on unrequited love, however, could very well be lost on a certain percentage of the viewers.

Linda Jones Clough, the daughter of Chuck Jones, responded to the backlash against Pepé stating that she did not believe he contributed to rape culture. From personal experience, I can say that Pepé ’s constant pursuit of Penelope and the cartoons’ underlying attitude regarding consent did nothing to inform my personal attitude toward women. I was raised to respect women and have never seen them as some sort of ‘conquest.’ That said, it stands to reason that somebody who did not have similar understandings ingrained in them may have been subconsciously influenced by this seemingly innocent cartoon, particularly at a young age. The fact that Penelope never speaks, making her a mute victim of unwanted advances, further adds weight to that idea. I’m not going to dispute that it may have helped inform some people’s attitudes toward women, though I do believe that is likely an incredibly small percentage of the people who grew up watching Looney Tunes, and I would guess it was not the only contributing factor.

Jones’s portrayal of the romantically inept and olfactory ignorant Pepé was undoubtedly innocent in nature. However, given Pepé’s relentless and sometimes aggressive behavior, it’s very clear that it has no place in this day and age. I’m not saying we should ban all previous appearances of Pepé, but I would fully support a disclaimer on any future airings of the original fourteen classic Pepé le Pew cartoons, acknowledging that such behavior is unacceptable and that the cartoon was produced in a different era with different social norms. It would create opportunities to initiate discussions and help educate the uninformed.

I also don’t believe he should be shut out of the Looney Tunes going forward. Again, I do not know to what extent Pepé was used in Space Jam 2: A New Legacy or how he was portrayed, but I imagine it’s pretty safe to assume that the cut was justified given how he has traditionally been seen. But I believe that there’s definitely a future for him. Linda Jones Clough has suggested that Pepé be rebranded as “a perpetual job-seeker who keeps getting rejected, but constantly changes up his routine thinking he’s the perfect candidate.” While I do believe he can and should be rebranded, I don’t believe that’s necessarily the right direction. There’s still humor to be found in a hapless romantic. Over-confidence in one’s prowess can be smartly written without reverting to overtly aggressive and/or assault-like behavior. Pepé’s obliviousness to his own shortcomings, particularly his putrid odor and his inability to properly recognize his own species, can still be the comedic basis of his character. It would just take a bit of creative writing. If Clough’s idea to move him in a direction other than the pursuit of Penelope would be used, those character faults could still be applied without a complete rebranding of the character. It would just be applying them to various other aspects of his life.

Since Pepé Le Pew’s debut nearly eighty years ago, our views on the role of women in society have changed drastically, particularly in the last few years. While we still have a way to go regarding complete equality, we have definitely made progress. And if we can evolve as a culture, so can Pepé.