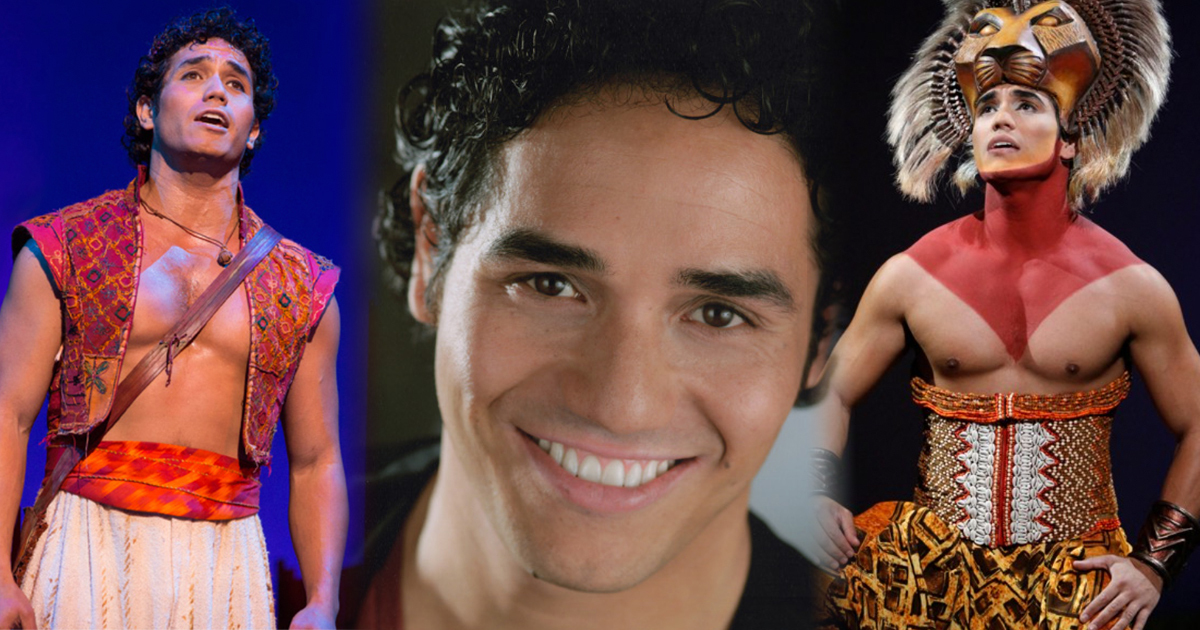 Theater and Disney fans alike may know Adam Jacobs for his time as Simba in Disney’s The Lion King on Broadway, but more prominently for originating the on-stage titular character in Disney’s Aladdin. Today, Jacobs is giving fans an intimate look “behind the curtain“ as he shares his life journey through music. 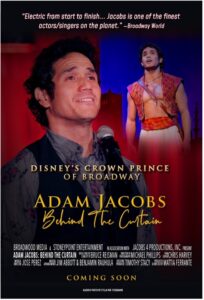 Adam Jacobs-Behind the Curtain is a brand new docu-concert that features a one-night-only performance from Feinstein’s at Vitello’s in L.A. Between each musical number, the audience learns, ideally, something new about the multi-talented performer and the avenue to his career today.

“Well, it’s funny because I was actually in LA, working on a film called ‘Last Call in the Dog House’ with my producer friend, Bruce Reisman and he had the idea of doing a cabaret concert and recording it,” explained Jacobs. “I’ve done a lot of cabaret performances before, but I’ve never actually done, like a recording of one. And I thought, ‘Sure! That sounds great!”

For this project, every fan can experience what it was like to sit in the front row of Jacobs’ concert which included not only a mix of some of his favorite Disney songs, but renditions from shows like West Side Story, Les Miserables, and even Love Never Dies, Andrew Lloyd Webber’s sequel to Phantom of the Opera.

“I definitely chose a lot of sort of classical theater songs, but some of the songs for example, like ‘Why Me’ from ‘Miss Saigon,’ you know, ‘Miss Saigon’ was one of the very first shows that I saw with a primarily Asian cast, and being half Asian, that really resonated with me,” conveyed Jacobs. “And so singing from that show was a really big deal.”

Early on in Behind the Curtain, Adam talks about the difficulties of pursuing a career in the performing arts and the hurdles he needed to overcome as he did not fit into any socially prescribed racial mix. His mother is a Filipina and his father is Jewish which created for some interesting commentary at casting calls. 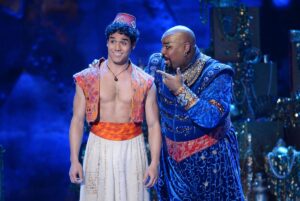 “I would love for people to, especially people of mixed ethnicity, to see that you have worth and you have value. And you have to know that you’re enough in this world, whatever you have to give, and don’t be afraid to share it,” pronounced the artist.

Overcoming such obstacles as a result of mixed heritage is not the only moment of perseverance Jacobs shares with his audience, as the now seasoned Broadway star tells of his eight-year-long auditioning process to eventually land the role of Simba in The Lion King. The once lion prince cleverly combines that story with a cover of the classic Disney hit “Go the Distance” from Hercules; a formula seen a few times throughout the show. 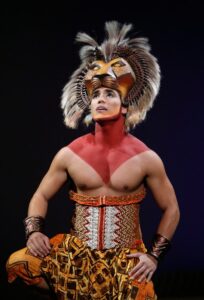 “You know, when I do shows sometimes I’ll pick songs that I like, and try to fit into the story. Other times, I’ll come up with a theme or a story and try to build around that. But when I was working on this particular project it just became this thing where I would find the story, and then the song would just kind of fit into place.” Jacobs described this project as puzzle pieces fitting together and “it was this really kind of seamless, creative process, more than I thought it would, in telling my story.”

His story is certainly one for inspiration and relatability but it also shows audiences a side of Jacobs that most people aren’t even willing to share as individuals.

“You always run the risk of kind of, well, feeling like you’re opening yourself up to the world and you’re showing your vulnerability and you’re admitting that you have a vulnerability,” Jacobs admitted. “But I wanted to kind of, you know, share my stories in the hope that they can see a lot of themselves and the things that I’ve been through, and maybe have some kind of idea or insight into how to deal with things in my life that could help them.”

Fans might be pleasantly surprised by Behind the Curtain as it not only features moments of Jacobs’ personal life, but it also showcases his extensive performance range from Broadway ballads to rock’n’roll.

“I wanted to kind of surprise my fans, people who know me and maybe haven’t seen this particular side of me,” Jacobs explained. “So when I go into the second half of the show, and I talk about showmances, which are romances that happen during the show, and I spent a lot of time on that subject, and I’m rocking out to Journey, I think people will be like, ‘What!?’, they just heard me singing all this classical, Broadway stuff, and then I’m breaking out into that kind of rock song? That was on purpose to just show, you know, ‘Hey, I’m kind of secretly a rocker here!’”

Fans who merely want to seek out the performer’s more classic, Disney-oriented side, should be satisfied with Adam’s solo album Right Where I Belong which features the music of EGOT-winning composer Alan Menken. Jacobs, who performed Menken’s music in Aladdin on Broadway, insists that everyone must Google Menken now if you’re aren’t familiar with his work, but also recalls collaborating with the Disney legend to make this album possible. 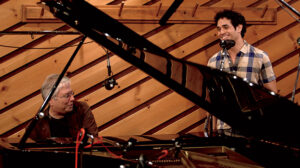 “We went through his entire catalog of music for a whole day and picked out hero-underdog songs that I specifically asked for,” Jacobs recalled. “The result, I think, is this kind of tribute album and kind of, like a collectible, and I’m really, really proud of how it turned out.”

In addition to music, Jacobs has made his way into television with appearances on shows like Chicago Med, The Bachelorette, and the Netflix drama Soundtrack. More recently, he starred in his first feature film Last Call in the Dog House for which you see him being fitted for a costume at the very beginning of Behind the Curtain.

“I like to say that I will still always love theater first because I, you know, I just love the live connection, but I want to branch out and challenge myself as an actor just to see what I can do in that film and TV world.” Within that medium, Jacobs wants “to see if I can hold my own and tell the story and do all the things that I know I could do on the stage.” 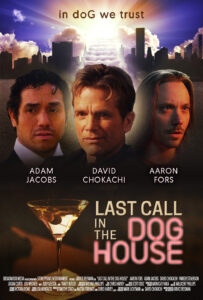 Fans can get the full Adam Jacobs stage experience when they stream Adam Jacobs – Behind the Curtain beginning April 30th at stoneypoint-entertainment.com or purchase a DVD or Blu-ray copy of the docu-concert. New customers can use the coupon ALADDIN at checkout to get a 20% discount.

“It’s really become a fantastic project I’m really proud of now…in the end, I just tried to bring people together and celebrate, you know, our common humanity.”

You can find Adam on Twitter or Instagram @AdamJacobsNYC or on his website adamjacobs.net His solo album Right Where I Belong is currently available on both iTunes and Spotify.

Adam Jacobs – Behind the Curtain will also be available to pre-order on iTunes starting June 8th, launching worldwide on iTunes, Google Play, and the Microsoft Movie Store on July 6th.