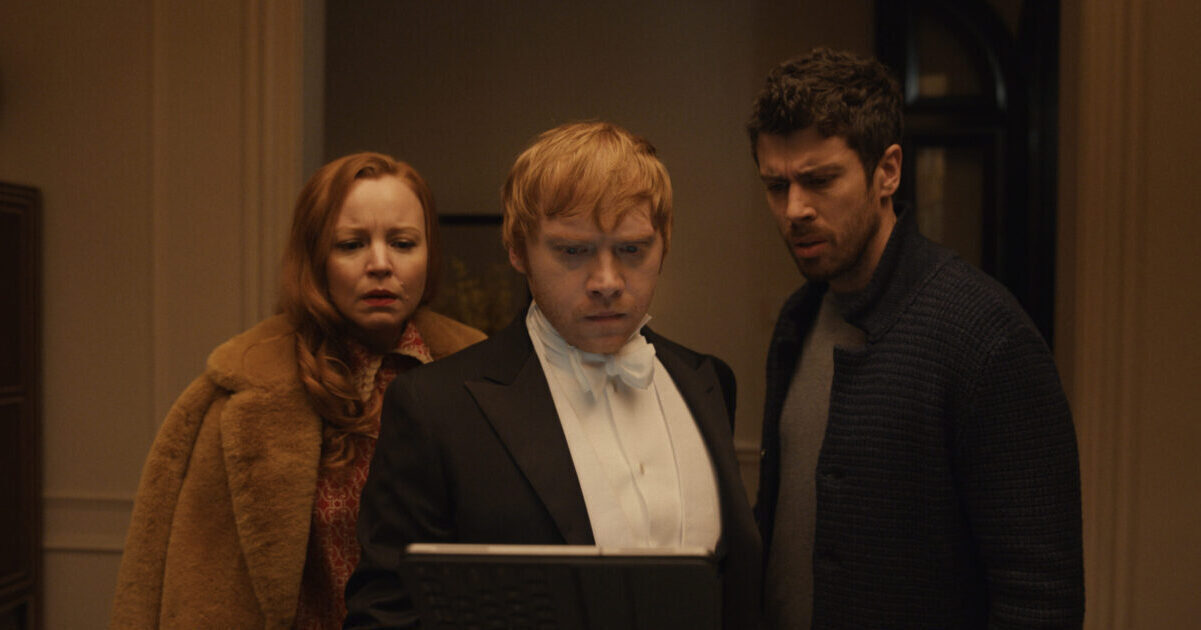 This article, written by our critic Steven Prusakowski, was previously published on our sister site, AwardsRadar. Be sure to check them out for film, TV, and awards coverage, interviews, and reviews.

You cannot talk about the second season of the AppleTV+ series Servant without talking about the first. When executive producer M Night Shyamalan (The Sixth Sense, Split) announced the series at New York Comic Con in 2019, the series was shrouded with mystery. Now two seasons in, the series remains an enigma. My best advice, if you are sold on the idea of a Shyamalan series already, go watch and come back here to discuss after because there will be spoilers ahead.

The first season of Servant, created by Tony Basgallop, introduced us to Dorothy (Lauren Ambrose) and Sean (Toby Kebbell) Turner, a successful Philadelphia couple living in a lavish Philadelphia brownstone with their infant son, Jericho. What we do not know is that the young couple has dealt with a horrific tragedy, the loss of their child – Jericho. (Confused?) This is revealed to the audience in the opening minutes in the most deliciously sinister fashion – a moment that is sure to make parents jump, gasp and cringe while setting the table for similar shocks going forward.

The death of their son sends the seemingly perfect lives of the Turners into a spiral. Dorothy falls into an almost catatonic state of depression and neither Sean nor her brother Julian (Rupert Grint) has any idea how to help her. To improve the situation at hand, they take an approach any normal family would use, they bring a realistic (and creepy) therapeutic baby doll into their home to substitute for their deceased child. Of course – totally normal.

Dorothy not only takes to the doll, but she also treats it as if it was a live baby to such extraordinary lengths that she even hires a nanny, Leanne (Nell Tiger Free) to help care for the child. It may be hard to believe, but that’s when things get crazy. The doll is inexplicably replaced with a living child. No explanation at all. One day it’s a doll, the next it’s a real baby. And Dorothy somewhat expectedly accepts the child without question.

What follows is a web of madness and chills that provides more questions than answers while keeping you transfixed. Peculiar visitors, a religious cult, tons of gorgeous food preparation, and numerous disturbing moments are all thrown into the mix. Just exactly what is going on will keep your head spinning right to the finale which ultimately has baby Jericho and Leanne missing. It’s an unpredictable ride that twists turns and loops back upon itself keeping audiences on their feet and off-balance while enthralling them the whole time.

That leads us right up to where the new season picks up. The energy and humor are ramped up several notches while the mystery remains the main dish. Dorothy, Sean, and Julian are desperately trying to get the baby back, but all with their own motivations. The question is what lengths will they go to do so. Where during season one the characters were a bit more predictable in their own bizarre way, season two demands much more from them and it shines as a result.

The performances are ramped up to new levels of ridiculousness while retaining their footing in the world they exist in. Characters act both irrational and justifiable at the same time. It makes each of them a treat to watch.

Dorothy, far removed from her depressive state and has assumed an alpha role. Nothing gets between a mother and her (?) child. Ambrose nails her over-the-top, wide-eyed spur of the moment mood shifts. At one second she is the woman who has it all together (career, marriage, parenthood) and at the next, she is a relentless mob boss handing out orders with little mercy in pursuit of her child. Flashbacks are sprinkled about to remind us just how fragile she was last season. As a result, Dorothy is both a character you want to hug and hide from while peeking around the corner to she does next. Ambrose’s boisterous performance deserves to be recognized around this awards season.

Sean (Kebbell) who is struggling with the loss of several senses (just another day in the Turner household) and Julian (Grint) clamber to maintain the multiple (and often conflicting) illusions required to protect themselves. They provide plenty of laughs as they try to prevent legal suspicion for a scenario that would be impossible to explain their way out of. Kebbell sharpened his comedic chops, making Toby more relatable this time around. He understandably struggles with internal conflicts of faith and grief. But, it is Grint whose Julian, the arrogant and often annoying brother-in-law who borrows the spotlight from each character with which he shares the screen. He injects humor and is has perfect chemistry with each of them.

Leanne (Nell Tiger Free), the most mysterious of the bunch, is more mature and complex this season. We slowly learn what makes her tick. The supernatural teases and the ravings of her bizarre unkempt Uncle George (a wonderfully, wild Boris McGiver) promise there will be a lot more to her story. George provides laughs and cringes in some of the most unexpected places.

Servant has been tagged the “creepy baby doll show” but it deserves to be known for so much more. If someone were to describe the plot, it would be understandable to question how a story revolving around grief could be fun. Somehow it succeeds at it, making it wonderfully entertaining. This season’s faster pacing complements the increased volume of humor (ranging from jet black to gross-out bodily sight gags). It is the mixing the madcap into the madness which mercifully dulls the blade of what could be an overpowering parental nightmare story.

On the production side, this is our cinema in television series form. The exquisite set design and costuming are undeniable. Superb cinematography and lighting let every shot hint at the ominous secrets the house keeps. From the season one shot that had Dorothy illuminated in the ethereal glow of the refrigerator light or just how the camera pushes in slowly peeking around corners, peering through cracks and between railings – the cinematic approach to storytelling injects more narrative into each scene without dialogue. Paired with Trevor Gureckis‘s weird and menacing score, the tension is ramped up as high as possible when called upon, constantly reminding you about the weight of the situation.

Wisely, the show does not try to top itself each week. Even upon rewatching, it plays incredibly well. The 30-minute runtime for each episode may be its secret weapon. Like any good recipe, it is all about balance, and they found it for season two. A proper blend of grotesque, unhinged tension, drama, chills, and humor to make a satisfying sized portion to consume alone while being completely bingeable.

I am sure some viewers may have concerns that Servant (like Lost before it) will come up frustratingly short with answers to its endless questions. Take comfort in the recent tweet by Shyamalan mentioning that he has worked out the conclusion of the show. (The show has already been renewed for season three and will certainly complete the envisioned 40 episode arc in season four – mark my words). That may require a little faith from viewers, but when the ride is so wild it’s worth just strapping in and enjoying it.

If the first season of Servant set the table, season two serves as a satisfying appetizer that whets our appetite for the main course of mania. Grab a seat at the table and get ready for the next serving of this disturbing feast.

Season 2 of ‘Servant’ serves up a delicious blend of grotesque, unhinged tension, drama, chills, & humor. A proper portion of dark fun worth consuming.