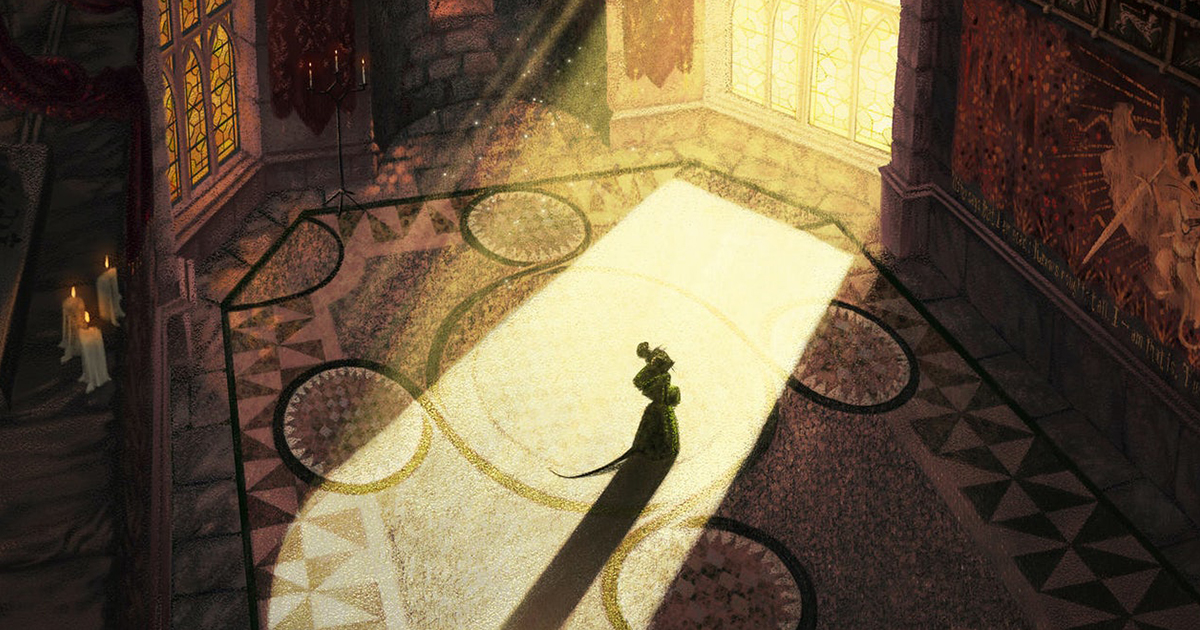 There are some works of literature that live in a special nostalgic corner of my head. I picked up the first book in Brian Jacques’ Redwall series at the local library as a kid, not because my friends read them, not because they were assigned reading, but because I stumbled across them by chance. The covers featured heroic portraits of the anthropomorphic woodland creatures whose tales of bravery were hidden between the pages. Each installment followed a similar structure – an unlikely hero’s journey to overcome a villainous force bent on destroying the precious peace of Redwall abbey. They’d meet friends on the way, from audacious swashbuckling hares to quaint hardworking moles. They’d sing songs. They’d eat. Oh man, would they eat. Jacques’ mouth-watering description of food is practically its own character.

Netflix recently announced via Twitter they are adapting the novels into an animated feature film and a TV franchise. Redwall was previously adapted into a series that aired on public television in the 90s, but this deal marks the first time the film rights to the entire 22 book series were held by one company. Patrick McHale, creator of Cartoon Network’s “Over the Garden Wall,” is slated to write the film.

This announcement gave me the chance to remember what was great about this series, and how childhood favorites age well and poorly over time. Alongside works like The Chronicles of Prydain, Harry Potter, anything by Roald Dahl, Redwall inspired a lifelong love of fantasy and fiction. They were books I could escape into, full of adventure and characterized by a reassuring guiding principle that peace, fine friends, and home-cooked meals were the cornerstones of a good life.

Despite this wholesome sensibility, Jacques was not afraid to challenge his young readers by writing violent battle scenes or heart-wrenching deaths. He had an innate understanding that children don’t always need to be protected from the harshness of reality.

One piece no longer sits so comfortably with me, looking back as an adult. Why were the rules of morality in this world so rigid? There were good creatures – mice, badgers, hares, moles, other “cute” woodland creatures, and there were evil creatures – rats, foxes, ferrets, stoats, anything that’s ever been called “vermin.” Almost no exceptions. If a mouse rolled up to Redwall abbey, they could expect a warm welcome and a serving of trifle. If a rat rolled up, batten down the hatches because they’re definitely here to cause trouble. This form of moral absolutism was one of the series’ guiding principles.

I won’t go too far with this analysis, because all animal allegories inevitably fail (some harder than others admittedly…I do NOT recommend thinking about Zootopia too hard). But anytime you map human characteristics onto animals and assert that a characters’ villainy is inextricably linked to their species for 22 books straight, you might ask yourself if young readers might internalize that. Now, I don’t think anyone’s going to read Redwall and start believing in genetic determinism, but it can be problematic to suggest that good and evil exist on opposite sides of a spectrum, that “good” people won’t do bad things, or vice versa.

Even from a purely creative perspective, it’s easy to see how a young reader could be frustrated by the lack of nuance here.

You might ask – why even bother critically analyzing a children’s series?

Well, for one, many great things created in the 80s are kinda…not so “politically correct” by today’s standards and worthy of critique. But that’s a hot take for another time.

I dove down this nostalgic little hole, not to criticize or offer a clickbait hot take, but to reflect on the childhood stories that shape who we are. I loved, and still love, the Redwall series. I wouldn’t spend so much time thinking about it otherwise. It’s part of this nostalgic childhood fog that feels too pure to question. But nothing is above scrutiny, and the world isn’t made up of moral absolutes, despite what social media flame wars would have you think. Digging into nuance, into a series’ creativity and its limitations is an enriching way to look back and forward at the same time.

I’m so excited for the Netflix adaptations and eager to see how they breathe new life into this series. I hope they take the care and critical thought Redwall deserves. If nothing else, they should highlight what was best about the series, and the most lasting messages I took away: peace does not equate to weakness, and good friends and good food are forever sacred.