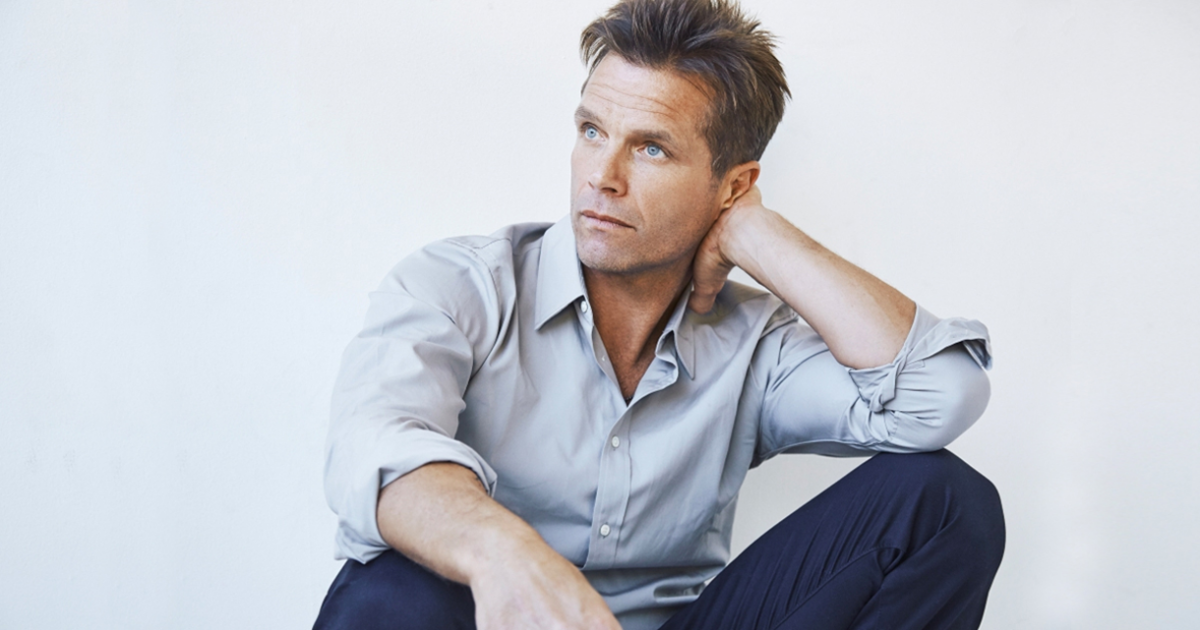 We talk with David Chokachi about Baywatch, beaches and having a God complex in his new film, Last Call in the Dog House.

David Chokachi is back at the beach. No, he isn’t sporting his familiar red swim shorts and rescue tube. Instead, he’s watching his daughter train to be a junior lifeguard. Coincidentally, the training is being overseen by Baywatch co-creator Greg Bonann. “I see Greg every morning,” says Chokachi. “It’s literally been twenty-five years since we were working on the show. It’s pretty funny.”

In those twenty-five years, the fifty-three-year-old actor has been busy starring on television series such as Witchblade, Beyond the Break and Confessions of a Teen Idol, as well as films like Psycho Beach Party, Soul Server and As Long As I’m Famous (not to mention being named one of People magazine’s “50 Most Beautiful People in the World”). Chokachi’s newest film project, Last Call in the Dog House, casts him as the titular Dog, the owner of an extraordinary New York dive bar called The Dog House. Alongside him are his sons, “Jess” (upcoming star Aaron Fors) and “Mo” (Adam Jacobs, Broadway’s original Aladdin), their mother “Mary” (Yancy Butler, Witchblade), and brooding playwright Simon (Parker Stevenson, The Umbrella Academy, Baywatch). Each has special biblical-inspired powers, and when three strangers enter the bar at closing time, this special family helps guide them through their troubled pasts to bring them to spiritual and mental peace.

Last Call in the Dog House was written and directed by Bruce Reisman, with whom Chokachi previously worked on the Golden Age of Hollywood-inspired As Long As I’m Famous. “I’ve known Bruce for quite a while now,” says Chokachi. “He comes from a different era of writers and directors. He’s very old school. Very theater influenced. The theater is his world. He loves the process of rehearsing and knows everything about Broadway. When you blend a background in theater with a knowledge of TV and film, it allows for a totally different type of filmmaking, such as the way he approaches the cinematography. Last Call in the Dog House is unique because it almost feels like you’re part of a musical or play and audiences kind of get the same that it’s almost happening in real time.”

While Chokachi’s Dog character is a not-so-subtle representation of God, don’t expect the traditional long bearded and patriarchal figure as he/she is often depicted. “He’s not God in the sense of, ‘I bless you, my son,’” says Chokachi. “Dog is a modern-day hip; cool version of what God would be like. He’s a guy you could just go to with and unload your problems on. You could say, ‘God, I’m having this problem. Can you help me out?’ It’s a very unique approach.”

The story structure of Last Call in the Dog House allows the film to play out almost as an anthology film. “Bruce has these stories set up as standalones, but there’s a connective tissue, being myself Aaron and Adam,” says Chokachi. “We are the bond that ties the film together. The way Bruce has written it, we can break the wall of time and we can jump back and forth whenever and whenever we want. It gives us a lot of creative freedom. It really fits into the story, since we are playing these mystical beings, and when all the elements in the universe line up right and you happen to walk in with our bar with your problems, you will receive these gifts from us.”

The film gave Chokachi a chance to reunite with his Witchblade costar, Yancy Butler. “I think it was our fifth project together,” he says. “Working with her on Last Call in the Dog House made me really appreciate her and fall back in love with her as an actor because she was so good. Chokachi was also able to once again work with his Baywatch costar, Parker Stevenson. Stevenson returned to the show after leaving for a few years during Chokachi’s last season. “They asked him back on the show because Hasselhoff wanted someone closer to his age on screen,” says Chokachi. “Parker ended up directing a lot and he was hands down my favorite director. He was incredible. He’s a really gifted actor’s director. We were on Battle of the Network Stars together, and ever since, we’ve wanted to work together again. We’re actually trying to develop a show that is a drama/comedy cop show for him and me. So, I’m putting that out in the world.”

Chokachi joined Baywatch in the series’ third season, which was then on its way to becoming one of the most popular shows on the planet. However, Chokachi did not allow the enormity of the show to have an impact on his work. “Luckily, I grew up with really disciplined parents,” he says. “We had a hardcore work ethic and we had to make all our own money as kids. We started mowing lawns in sixth grade, and we did whatever we could to work all the way through high school and college. That work ethic definitely paid off for me, because when I got Baywatch after five auditions and a swim test, I was still only guaranteed seven episodes out of twenty-two. So, for the first year, I was not only stepping on to the biggest show in the world, but I was basically on probation in a sense.  So, while I had all of this pressure, I was just so enamored with the fact that I had made it to this show, and it had the opportunity to showcase my work. I came to the show with a lot of experience in the water, which I don’t think anybody had really done outside of Alexandra Paul. I was a certified scuba diver, I knew how to drive boats, I went to the Junior National Olympics and Junior Nationals in windsurfing. Even though I was nervous, I also knew when it came time to shoot all the second unit action, which was a big part of the show, that I was going to thrive. So, I went from seven episodes to doing I think twenty out of twenty-two. I knew I knew right away that whether you were male or female, the more you gave them, the more they would write to you, the more episodes you were in, the more money you made, and the more acting jobs came your way.”

Chokachi’s connection to the beach goes beyond surfing and scuba diving. Since 1995, he has been a spokesperson and advocate for the Surfrider Foundation, a non-profit environmental organization that works to protect and preserve the world’s oceans, waves and beaches. “The Beach Boys appeared in an episode of Baywatch and they were doing a benefit for the Surfrider Foundation to promote water quality testing, so that’s how I got introduced to it,” says Chokachi. “I’ve been involved with them going on twenty-seven years, which has been amazing. The organization gave me a Keeper of the Coast Award one year, along with Eddie Vedder and Pearl Jam, as well as the members of Incubus, which was a really cool honor. The best part about this story is that I’ve passed it on to my nine-year-old daughter. When she was little, we started coming to the beach out here in Malibu and I started her surfing on my board with me.  I taught her about picking up trash and keeping the beaches clean, and she really gets it. I taught her when she was old enough that the first thing you do is grab a piece of trash and bring it to me, and every single time we go to the beach, she does that. So, we do our mini beach cleanup every single time we go to the beach, or we go to the ocean. It’s become a ritual, and then we spread that on to other kids.”

Looking out at the junior lifeguard training on the beach in front of him, Chokachi sees the future of beach and ocean conservation. “It’s our job as big human beings to create little leaders,” he says. “Those little leaders will then grow and continue to spread the message.”

Last Call in the Dog House is available for preorder at Stoneypoint-Entertainment.com at 20% off the regular price.