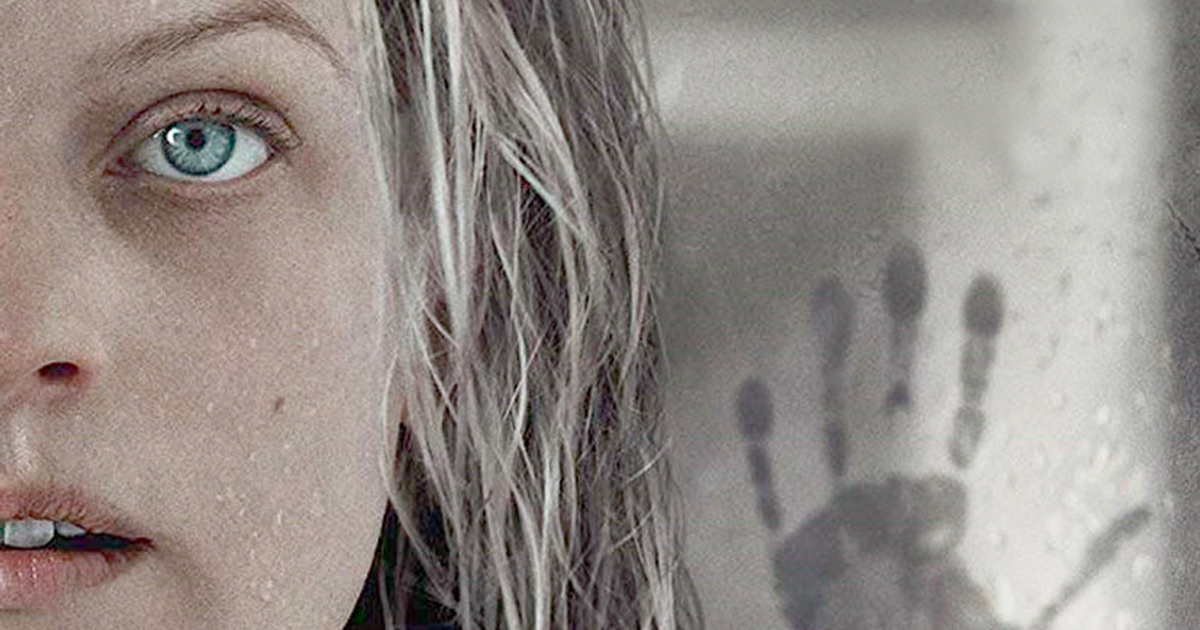 Us horror fans, we are a bunch of junkies. We like to mainline the hard stuff but any little hit will do. While cruising streaming services, if I have to choose between a low budget, badly acted Netflix comedy, a drama with 2 1/2 star reviews on Amazon, or a horror film on Hulu that features some Canadian actor I vaguely recognize from “Battlestar Galactica,” I am choosing the horror film every time.

Blumhouse Productions knows this. They know me better than I would publicly admit. They don’t swing for the fences. They play small ball. A single here. A double there. An occasional homerun. But very few grand slams. This strategy may frustrate cinephiles but it puts butts in seats and keeps the money flowing.

Blumhouse Production’s origin story reveals everything you need to know about the company strategy. Jason Blum was a senior executive at Miramax when he came across the indie horror film “Paranormal Activity.” The movie was shot on a shoestring $15K budget and grossed over $193 Million (I always find it funny when those numbers are used because the theatrical sound mixing, color correction and additional editing/shooting cost exponentially more than that – also not including marketing which keeps most Hollywood movies in the red, according to their accountants), but it does make for a better marketing story. All of that aside, you can see why Jason Blum saw horror films as the genre with incredible money-making potential (“Paranormal Activity” is getting its seventh sequel soon). Blumhouse Productions’ approach is to discover promising new filmmakers with a great idea and give them a small budget and creative freedom. How do they keep the budget low? No big A-List star power. Limited locations. Limited special FX. A stable of writers/directors/actors on multi-project deals. It’s actually a very clever update of the old Hollywood approach to filmmaking.

Let’s focus on “The Invisible Man” to see Blumhouse Productions successful strategy in action. I was very enthusiastic when I heard Leigh Whannell was directing the remake of the classic horror icon. If you haven’t seen “Upgrade,” I highly recommend checking it out on Amazon Prime. It’s a dark and twisted little cyber-punk action film. Action/horror movies are a personal favorite genre and Whannell does a lot with a small budget. Whannell was the writer of the first three “Saw” movies as well as “Insidious” 1,2,3 and 4 for which he directed the third installment. Already a proven commodity in horror, he was a solid choice to helm this floundering project. Before Whannell was brought on board, “The Invisible Man” had been stuck in development purgatory since Universal scrapped it’s shared cinematic universe of classic monsters after the flop of “The Mummy” remake in 2017 starring Tom Cruise. “The Mummy” lost $100 Million. Ouch. Trying to compete with Marvel can really be a bitch. Some intelligent executive must have figured it was best to let these films sink or swim on their own and moved towards individualized stories.

Handing the reins over to Blumhouse Productions was a good first step. The budget was shrunk to $7 Million, a fraction of “The Mummy’s” budget. It also signaled that the monster franchise would be moving in a more “pure horror” direction, much to the delight of horror fans around the world. Whannell shifted production to his home country, Australia, the same approach to minimizing costs as he did with “Upgrade.” He also used much of the same crew, teaming up with Cinematographer Stefan Duscio who really distinguished himself in “Upgrade.” The groundbreaking visual work on “Upgrade” was accomplished by syncing the MKV Omega-R rig with the Omega control App for the iPhone. Stefan strapped an iPhone to the actor’s chest and the camera gimbal tracked perfectly with the actor’s movements, using a genius hack invention to create matrix-like storytelling camera motivation. Check out this behind the scenes clip or the trailer to see his genius in action.

Whannell also hired the same editor, Andy Canny, and the same casting director Nikki Barrett (of “Mad Max: Fury Road,” “The Babadook” and dozens of other stellar films), plus a lot of local Australian crew. The script would be a retelling of the classic story but with a feminist take on abusive relationships. The approach seemed aligned with some of the best horror films of the last decade: “The Babadook,” “Get Out,” “Us,” “It Follows;” reviving old horror tropes into a story more culturally relevant. You can start to see why I had high hopes for this movie.

Then the pandemic hit and there was no way I was going to a theater and risk my life for a movie. One of the smartest things Universal Pictures did was make “The Invisible Man” available for streaming a month after its theatrical debut. My wife Kelly and I had already plowed through most of the shows and movies in our queue and were itching for something new. I floated The Invisible Man, not really confident she would bite. Kelly is a horror fan but is very picky about what she watches; she loves supernatural ghost stories, hates gore and violence (especially against women) but enjoys zombie films maybe even more than me. When she heard that it was a feminist reimagining starring Elizabeth Moss, she pushed me to rent it. That’s when I started to see the genius behind Blumhouse Productions in full display. Enough horror fans will turn out for a competent production with distinguishable talent attached. Elizabeth Moss doesn’t have huge star power, but she is recognizable, and crosses demographics with her “Mad Men” fame, following by the headlining role in “The Handmaidens Tale” and “Us” supporting role, giving her some legitimate horror/sci-fi nerd credentials; we start to see why she was a shrewd choice for the lead Cecila Kass. There are a total of six actors in the main cast; only Elizabeth Moss cracks IMDB’s 500 star-meter. The rest are most notable for their television roles like Oliver Jackson-Cohen who played Luke Crain in the “Haunting of Hill House” (another must-see horror production). These choices kept the budget low but also added to the production instead of it feeling like a limitation. There was decent acting overall. I enjoyed Michael Dorman as the creepy, sniveling younger brother. Jackson-Cohen did a fine job popping up in the final act as controlling Adrian (although I think the movie benefited from keeping him a secret until the final scenes). Harriet Dyer was sympathetic as the supportive sister. Aldis Hodge seemed like a cool friend I’d like to hang out with. I’d be interested to see what he could do with a leading role. Of course, Elizabeth Moss gets to have the most fun. She shows her range, starting as a beaten-down, scared and pathetic victim transformed into crazy-eyed maniac and finally into cold-blooded killer by the end.

Whannell is accustomed to working within smaller budgets and it shows in the scope of his screenplay. He limits the locations. The majority of the film happens in Adrian’s mansion and best friend James’ house. The scenes play out more like a haunted house movie than an action film. The script works because it is so singularly focused on Cecilia’s transformation and not on big plot moments or surprises. As a fan of “Upgrade,” I was expecting a little more of a thrill ride or at least some moments of body horror. Older versions of “The Invisible Man” like Verhoeven’s “Hollow Man” or John Carpenter’s “Memoirs of an Invisible Man” used the concept to some degree for gross-out special effects. I was curious to see how Whannell would expand on this concept. Instead, we got one truly horrific scene between the two Kass sisters at a restaurant that left me a little shaken. Otherwise, the special effects were kept to a minimum. Again, a clever use of the budget he had to work with.

Overall, I was pleased with the production of “The Invisible Man.” It checked most of the boxes for a successful horror/thriller. I’d give it a double. I’ll probably watch it again when it comes to one of my subscription services. My wife seemed to enjoy it more than me and I think that shows the intentional appeal to a larger audience. To date, it has grossed $126 million so I think it’s safe to say that Blumhouse Productions has another hit on its hands. “The Invisible Man” has all the hallmarks of a Blumhouse production. I even heard that Elizabeth Moss has pitched a concept for a sequel “The Invisible Woman” with her signed in as director. Ryan Gosling has signed on to act in a remake of “The Wolfman” for Blumhouse and Universal. All signs point to an expanded universe with potential cross-over sequels if they keep the hits coming. Look out Marvel, this low budget approach to building an audience for a franchise just might resurrect the franchise after the death of “The Mummy.”

I would love to see other studios use the Blumhouse approach to other genres, but it is just too difficult to replicate – it’s hard to do an action movie in one room; who wants to watch a B-list celebrity fall in love? Horror films don’t need much star power and they can thrive in smaller, more intimate locations. Mostly though, it’s because those other genres don’t have the same junkie fan base. What should I watch on my mobile phone tonight while I lay in bed to go to sleep? “Happy Death Day 2U” is on Amazon Prime? Goddamn you, Blumhouse! Just one more hit before I go to sleep.