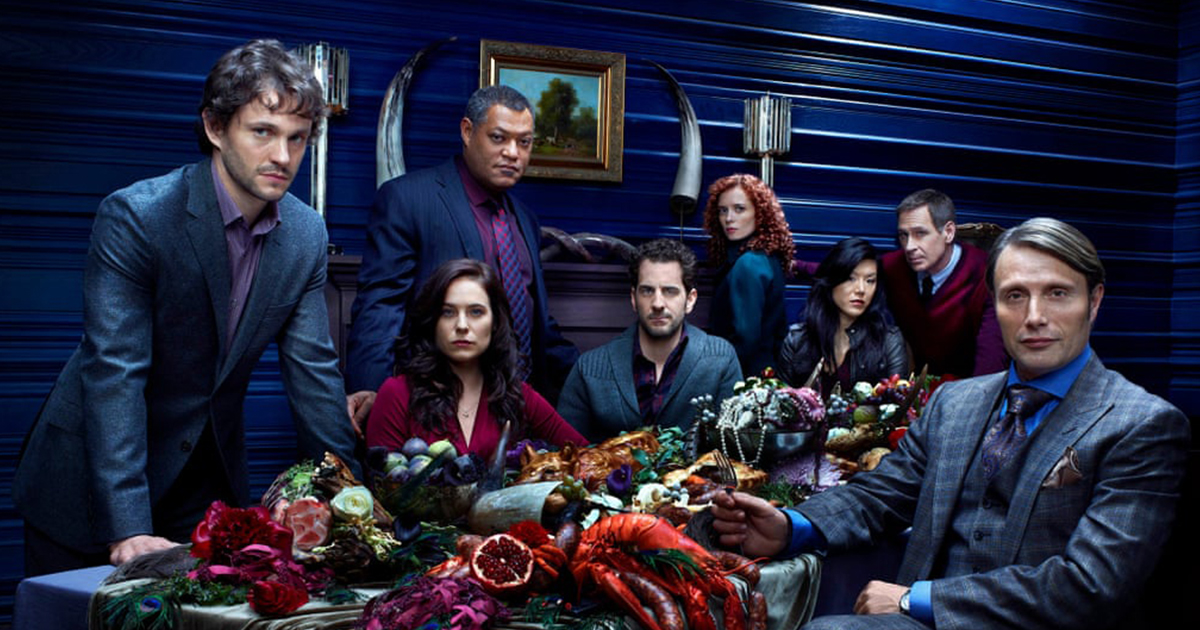 Halloween’s going to be weird this year. If it were any other time, we might be brainstorming costume ideas, and toying with the idea of trying on a new identity for a night. Once a year, we can masquerade as evil, sadistic, macabre. Once a year, the bloodthirsty and murderous are no longer wrong. They just are. As long as you look good.

With in-person celebrations unlikely, and the added stress of a pandemic and fraught political tension, it’ll be tough to recreate that feeling. Unless you have access to Netflix or Amazon Prime to watch Hannibal.

If you haven’t seen it, maybe you’re rolling your eyes at the thought of another Hannibal adaptation. Didn’t Anthony Hopkins give the definitive performance? Doesn’t he have the Oscar to prove it?

I’m not here to argue, but I will say Mads Mikkelson’s performance as the infamous cannibal comes in second place at least. Mikkelson’s Hannibal, and the world he inhabits, do away with common notions of good and evil. This world is ruled by aesthetics, allowing us to explore the darkest corners of our minds.

The series follows FBI profiler Will Graham (Hugh Dancy) who is recruited by Jack Crawford (Laurence Fishbourne), head of the FBI’s Behavioral Sciences to investigate serial killers. Will has the rare ability to empathize with anyone, even killers, making him an invaluable asset in tracking them down. To manage his mental state, he’s supervised by forensic psychiatrist Dr. Hannibal Lecter, who, to say the least, takes a keen interest in Will.

Hannibal is well-known for lush, artistic visuals. In the first season, we’re treated to a host of serial killers who all share the trait of being really extra with their murders. Bodies become grotesque works of art, crafted into something nauseatingly beautiful. Hannibal does the same with his victims, transforming them into stunning culinary creations to a score of choice classical compositions. Even the dialogue teems with metaphors and flowery language.

Over the course of three seasons, Hannibal detaches itself from the shackles of realism. The violence often feels dream-like, as if we were watching an artist at work. People are condemned to death for their rudeness, for interrupting the beauty of Hannibal’s world. Morality fades away into aesthetics. And without this familiar structure, the show examines traditionally held beliefs from a new lens.

Sometimes this deconstruction is simple. In season one, Hannibal prepares a feast of “chicken” liver pâté, braised “beef” lungs, Parmesan crumbled “lambs” brains. My quotes are intentional. This is both a feast for and of people. The scenes of Hannibal sprinkling spices, slicing cutlets, flambéing, and plating are entrancing, shot like a high-end cooking show.

Naturally, it’s disturbing, watching human flesh treated as animal. The practices of haute cuisine and meat-eating in general, already morally dubious, are presented without a moral compass, leaving us to make our own judgments.

In another scene, Will and Hannibal share a meal of ortolan bunting, an endangered songbird traditionally prepared by drowning in Armagnac, roasting, plucking, and serving. The cruelty of this preparation and the seductive presentation of the scene frames high cuisine and elite society as both brutal and alluring.

Hannibal embodies this unexpected comparison with his ability to blend in seamlessly with the upper-class. We tend to think of killers as savages rather than Hannibal’s well-dressed Renaissance man. But ultimately, it shouldn’t be surprising that he would fit in with the very rich. This is a man who sees the vast majority of humanity as beneath him, only fit for livestock. After they down their ortolans, Hannibal remarks to Will “After my first ortolan, I was euphoric. A stimulating reminder of our power over life and death.”

This deconstruction of morality into aesthetics drives the main story. Many of the show’s killers are motivated by intensely human desires: self-actualization, acceptance, connection. Will’s and Hannibal’s story, bloodthirsty as it is, reads easily as one of deep friendship and intimacy.

This is complicated by the show’s elegant visuals. In Hannibal’s opening scene, Will investigates the murder of a family. The lighting is cold and washed out: Will’s life outside of Dr. Lecter. He closes his eyes to recreate the killings in his mind. Gold bars swing past the screen as we move backward in time. Now it’s warm, alive, elevated.

When Hannibal arrives later in the episode, he opens the door to an even richer world, where drops of blood are rubies in the sun that turn black in the moonlight. We’re not sad to see Will’s humanity slip away. We’re not happy either. With aesthetics as our only guiding principle, our interpretation of this relationship and of traditionally positive concepts like acceptance and intimacy are free to grow in any direction. We explore the darkness without our typical scaffolding of good and evil.

This Halloween let’s replace our celebrations with Hannibal. It sates our morbid attraction to the macabre and disappears us into a heightened reality with few rules beyond a commitment to the exquisite. Just don’t get too hungry.

Hannibal is streaming on Amazon Prime and Netflix.