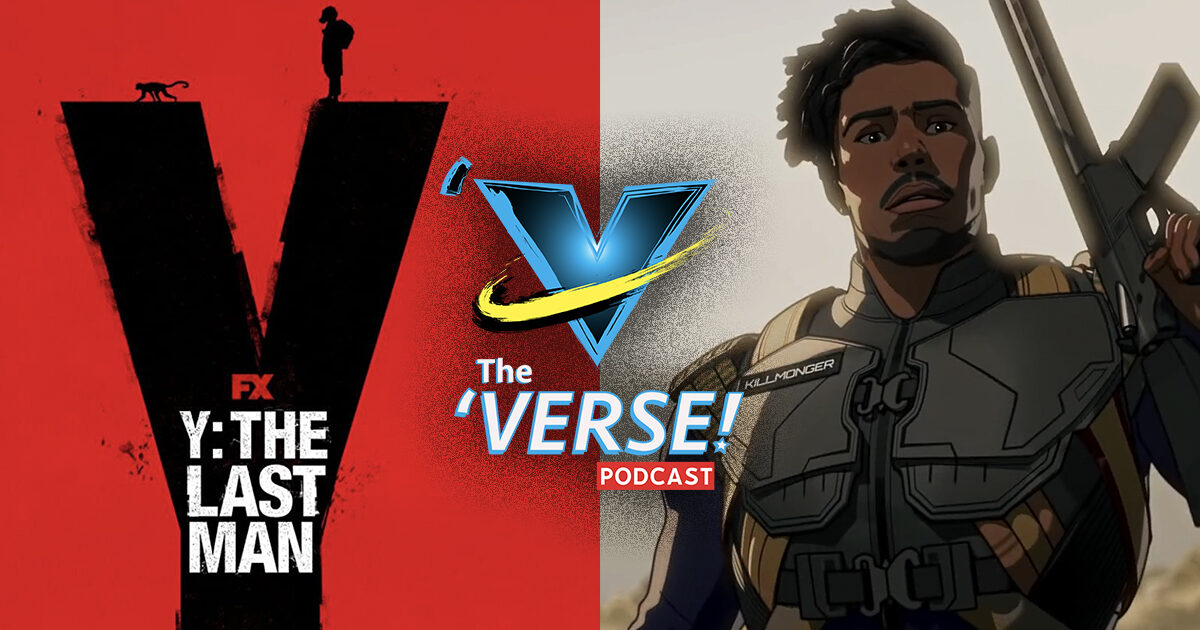 This week the squad sets out to answer the most pressing cinematic universe questions of the moment. What is Hulu’s new series, Y: The Last Man, about? And why is everyone sleeping on it?? We make our case for this post-apocalyptic series investigating what would happen if every mammal with a Y chromosome suddenly died…except for one man and his monkey. Next we hop into a time vortex back to 2008 to see what would happen if Black Panther villain Killmonger saved Tony Stark in the first Iron Man movie, preventing him from being captured and forced to build the Mark 1.

It’s also never too early to get into the Halloween spirit. In The ‘Verse! News, we cover Elvira’s upcoming 40th Anniversary, Very Scary, Very Special Special, PLUS the trailer for V/H/S/94, the fourth installment in the cult favorite V/H/S anthology horror series. But if you’re more of a scaredy cat than a scaries seeker, we also cover Disney+’s upcoming Obi-Wan Kenobi series, Indiana Jones 5, and DC’s upcoming Injustice animated movie.

If you stick around to the very end, you get to hear something “totally non-heinous, dudes…”. Tell us what you think over on our Twitter page, @TheVerseCast .

See you next time in The ‘Verse!