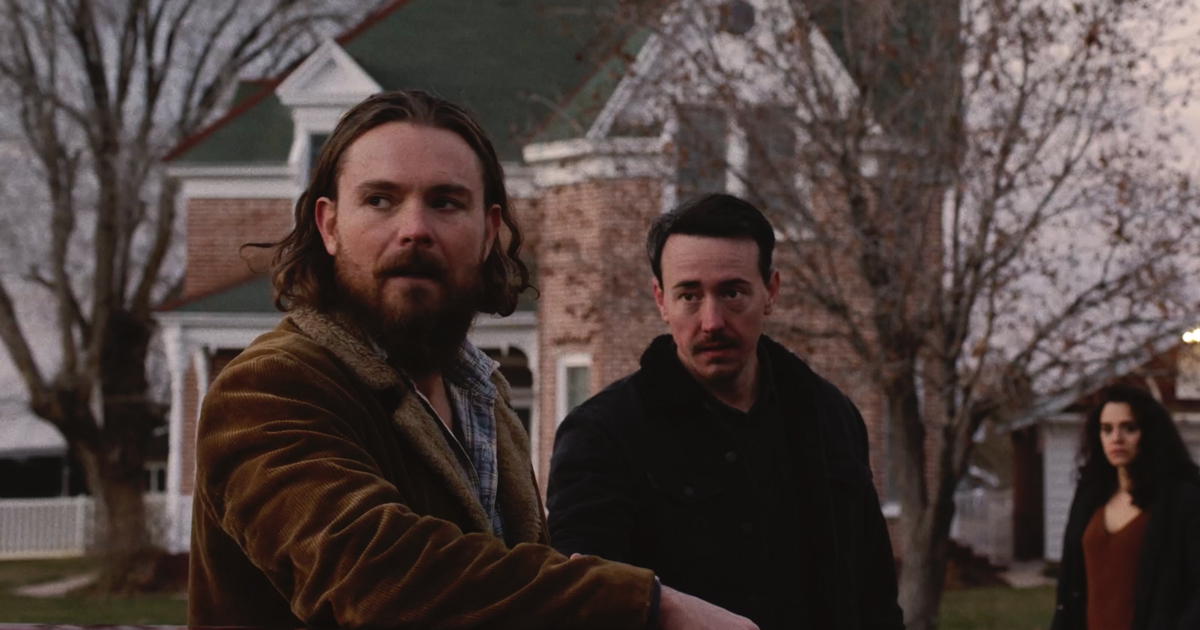 Film sound is an often poorly understood art. As a production sound mixer, I am responsible for laying down the foundation of what can be built upon later in post-production. Post is where a lot of the sound design happens in most films, combining foley, effects, dialogue and score to create the final soundtrack. There are many, many producers and directors who have little interest in the sound of the film as long as you can hear the words, the cars go ‘vroom vroom’ and the guns go ‘pew pew.’ But when a filmmaker really knows how sound can help tell the story, and they implement this as a strategy in the on set process, you can get something special, like Robert Machoian’s The Killing Of Two Lovers.

Lovers is a film that wears its indie badge for all to see. It is humble, simple, and deceptively complex. The film works as a dramatic thriller and a deep character piece, with the sound as much a part of the character as what we see. The film follows the struggle of David, a father of four who is recently taking a hiatus from his marriage, and living with his ailing father. The problems at hand are eating at him, and the presence of a new boyfriend sends him into a spiral of anger and resentment that leads him to a very dark place.

From the first frame, we are immersed in an atypical soundscape. One that is almost completely devoid of music, and very heavy on ambiance. For those who don’t know, this means the sounds we all hear on a day-to-day basis, like fluttering leaves, buzzing lights, singing birds, dogs barking in the distance, traffic, and random other noises. In most film productions, the sound crew and the locations people make a concerted effort to reduce or eliminate the amount of ambient noise recorded in each take. We mainly try to isolate dialogue and specific sounds we see happen on camera. The reason for this is the editing that happens in most films.

When you watch any usual “Hollywood” film, you will see a cavalcade of separate shots that make up any scene. They frequently start with a wide shot, move in closer for the setup, and dialogue usually takes place in mediums, two shots, close-ups, and OTS (Over The Shoulder) shots. This is done to direct the audience’s attention. Unless there are a bunch of cameras rolling at the same time, then these all have been shot at similar but different times in the day, or even across multiple days. This can mean that that dog barking isn’t there when the medium shot happens, but it’s all over the wide. The editors have to either work to eliminate the offending noise from the wide or keep adding it in for consistency in the subsequent angles. They usually opt to remove it and build a less intrusive ambiance from room tone and a library of effects.

Lovers, on the other hand, uses a lot of ambiance and a lot of long takes, in the form of long Steadicam (Or more likely Ronin) tracking shots, long driving shots, and locked-off static shots. These individual shots can run for multiple minutes at a time, and since there are no edits here, they can safely let the ambient sounds live in the shots. Another unnerving aspect of this soundscape is the lack of dialogue. There are many scenes where the camera holds on the actors as they contemplate their situations, while the ambiance lives on. It allows us, the audience, to try to interpret what the characters are thinking, and really allows us to get into these characters on a personal level.

When movies started using sound, and for the next 30 years or so, there was only one soundtrack, meaning all of the speakers played exactly the same thing. When stereo came along, it allowed the filmmakers to add a spatial aspect to the sound, meaning things on the left of the screen could be represented from the left side speakers, and if it moved, the sound could track over to the right as well. As 5.1, 7.1 and Dolby Atmos™ have come into almost ubiquitous play in modern films, this has allowed sound designers to open up the spatiality of the soundscape to amazing possibilities. They often, however, relegate the dialogue to a center position, drawing the audience’s attention to it, and giving the words equal weight and importance. In Lovers, they spread the dialogue around. They have distant characters sound distant, and they separate their dialogue, creating distance between them that is reflective of the growing rift between David and the rest of his world. The polar opposite of this method would be whatever is happening in the Transformers franchise, which could be described as sonic projectile vomit.

With traditional editing, as well as broadcasting, silence is not golden. There is a rule in a live broadcast that there shall never be more than one “dead” second on the air unless something has gone wrong. The effort is to “keep the story moving along” and to prevent the worst offense in entertainment, boredom. But when you get into a film like Lovers, the way they construct this element and wield it so brilliantly, actively increases the tension. The fact that we see this character dealing with everything in his life is bad enough, but the soundscape tells us that he is alone, that life is moving on regardless of David’s inescapable lament. He is trapped in the open air, a prisoner in his own torment, watching the world go by as he flails helplessly.

What little music there is, in this film can hardly be called such. There are some strings droning, like an old rusty ship slowly being twisted in the wind. There are lots of metal sounds, rhythmic and staccato-like doors shutting, a revolver clicking, and eerie metallic screeches that all serve to build a disturbing representation of the unraveling state of David’s psyche. And then there is the song David sings to Nikki. He does so in one of the long takes, uncut, and without any instruments. It is raw, and it is not traditionally appealing, though it is brave, vulnerable and heartfelt. It shows us that beneath David’s gruff exterior, there is a sincerity to his love and a broken heart beating in his chest.

With the number of movies out in the world, it’s astonishing how many of them ignore the power of sound, and simply use it as glue to piece together the images. There are some big Hollywood movies that do it well, like Heat or Apocalypse Now, but often it is heavily processed center-punched dialogue over a driving score and effects racing you through to the big loud finale. The Killing Of Two Lovers is a brilliant example of how to vastly improve the story, and the world the characters live in through the intelligent and purposeful use of the soundscape. I hope you all seek this film out and give it a listen, er, give it a watch and enjoy every long awkward minute.