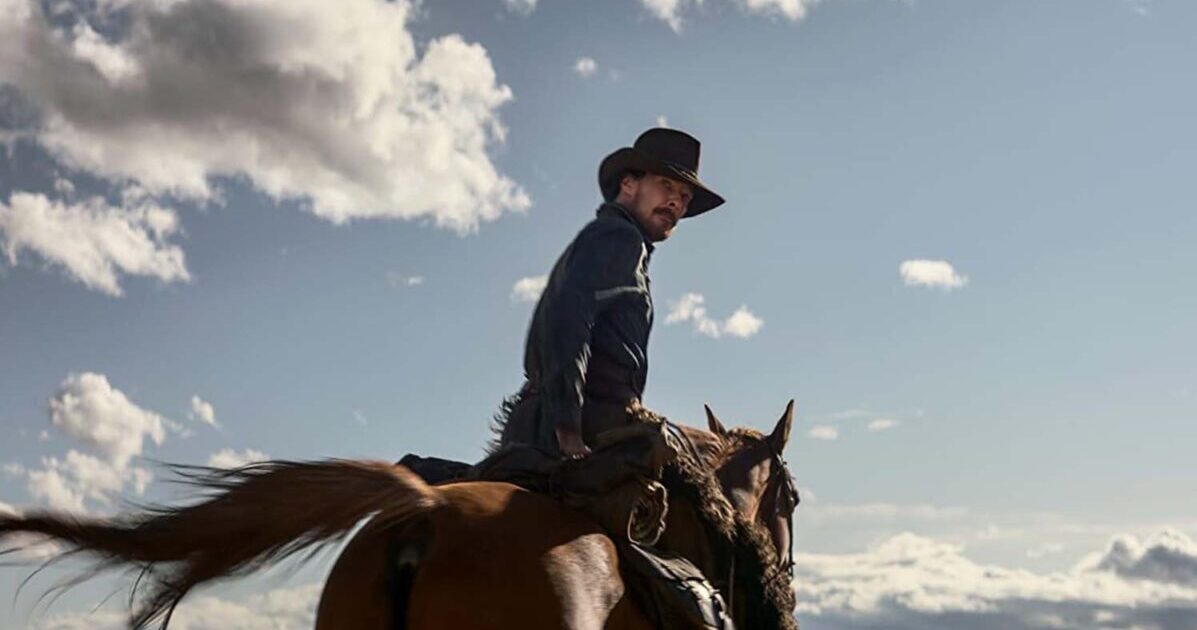 There are films that you can process quickly, walk away from and never think of again. Then there are films like Jane Campion‘s The Power of the Dog, a deceptively nuanced and intelligent film that if given the chance will linger with you long after it ends. I attended a screening in New York at The Paris Theater, a historic, once slated to be shuttered single-screen theater. Though the screening was near empty I chose to sit alone in my favorite seat in the theater – front row, mezzanine.

It was the perfect seat to take in a film delivering such a grand scale; sweeping prairies, painted vistas, vast blue skies all accompanied by Jonny Greenwood’s dark and oft-haunting score. As the film concluded and the credits rolled, I sat there in silence contemplating what I had just watched; desperately wishing I had someone to discuss it with. It is that kind of film.

The Power of the Dog is also one of those films I will beg friends to watch while anticipating the predictable responses: it looks boring, they do not like westerns, that they have seen enough movies like this. They would be wrong on all accounts. While the film is set in “the West” and the men in the film do wrangle cattle, and wear the attire you’d expect of such a profession, this is nowhere near your typical western – it is something much more. I too walked in with a set of expectations (as noted, I rarely watch trailers) based on the little and the poster alone. Everything I hoped for in a Campion’s film was subverted and exceeded.

As usual, I will not reveal too much of the plot because, especially in a smart and calculated film like this. The Power of the Dog is adapted by Campion from Thomas Savage’s novel with the same name, published in the late 60s yet Campion makes it feel timely, even if set in the 1920’s Montana. The film is about a pair of brothers, Phil Burbank (Benedict Cumberbatch) and George (Jesse Plemons).

The latter is kind hearted, shy, sensitive and properly dressed. The former, boisterous, rude, aggressive and dressed in days worth of filth from his job which includes skinning, castrating, herding cattle. In other words, his exterior must anticipate the rot on his interior. Phil proves time and time again that he’s not the brother you’d want to invite to a dinner party or anywhere else for that matter… he’s a bros’ bro. Flexing his masculinity with every move.

The well-to-do brothers arrive in a very small town at the end of a cattle drive where George meets and quickly falls for Rose Gordon (Kirsten Dunst), the widow who runs a boarding house. Her son, Peter (Kodi Smit-McPhee), is a fragile-looking, quiet and awkward boy – prime picking for the barbs of the ill-mannered, Phil. As the romance blossoms, Phil’s actions become more sinister as he marks his territory – always reminding that he will not be cast aside. A sweet new romance intertwined with thorns ready to prick.

Cumberbatch’s Phil slithers on the screen. He is a vile man who oozes unpleasantness. He has a way of adding an unsettling feel to any room he occupies, with a stare, some well-chosen cutting words, or even a whistle. He’s a driven to take everyone and anyone down a notch no matter the situation; from a high-class dinner party where he tardily makes an uninvited entrance while proudly exercising his right not to bathe, to a restaurant scene that will certainly have anyone who has been bullied feeling uneasy. Cumberbatch delivers his best work and Campion gets it out of him.

The film is full of subtleties in storytelling, found in the performances which combine with other elements from the sound down to how Campion and cinematographer Ari Wegner compose the shot. Using her full selection of tools, she says so much with so little in a film that is often quiet and contemplative. A prime example are the opening moments where we see Phil framed through the window as the camera pan to follow his movement.

With just a few seconds of film we know everything we need to know about Cumberbatch’s character. Without a word said; the ruggedness in his eyes, the heavy shuffling gait of a working man, he is a lone wolf, fierce and feared. Later in the film the same shot framing reveals a very different man. It is only one of the subtle details that I found fascinatingly effective. It’s these touches in the film that make it almost require a second viewing.

Campion direction is as fine tuned as ever. She finds dimension and depth in her stellar cast, each who brings something different to the tale. Dunst delivers some of her best work as a woman haunted in her own home. She also has some tender moments between her and Plemons softening the edges of the often gruff environment. Smit-McPhee performance is unassumingly strong. Plemons, who is becoming Hollywood’s most reliable actor turns in yet more strong work as the yin to Cumberbatch’s yang.

The patience of Campion works wonders incorporating so much into every frame. She never rushes or forces a rise, instead her pacing is deliberate and controlled – the water is calm, but beneath it the currents are strong. She allows us to sit and observe the characters. The Montana setting (which is actually substituted by Campion’s home New Zealand) makes for a gorgeous setting. Cinematographer, Wegner, perfectly captures the massive open skies and the hills and covered in earthy hues. Still somehow Campion turns this into claustrophobic experience filled with tension. Cumberbatch’s performance and Greenwood’s score are constant reminders we aren’t in Kansas anymore (or even Montana).

The screenplay, written by Campion, is full of modern themes without every feeling heavy. Male toxicity, gaslighting and more are delivered under the guise of a western. Some hard to miss religious undertones including a clever a new take on Cain and Abel never feel heavy handed.

In ways The Power of the Dog reminded me of Parasite, not really in the tone or style, but in its ability to be layered in a way that sneaks up on you. It is like quicksand, the longer we sit the more you sink into it. By the time the film is done you realize you have been engulfed in a masterwork of storytelling.

‘The Power of the Dog’ is a deceptively clever film rooted in strong performances by Cumberbatch and company, a smart screenplay, beautiful cinematography and a haunting score.