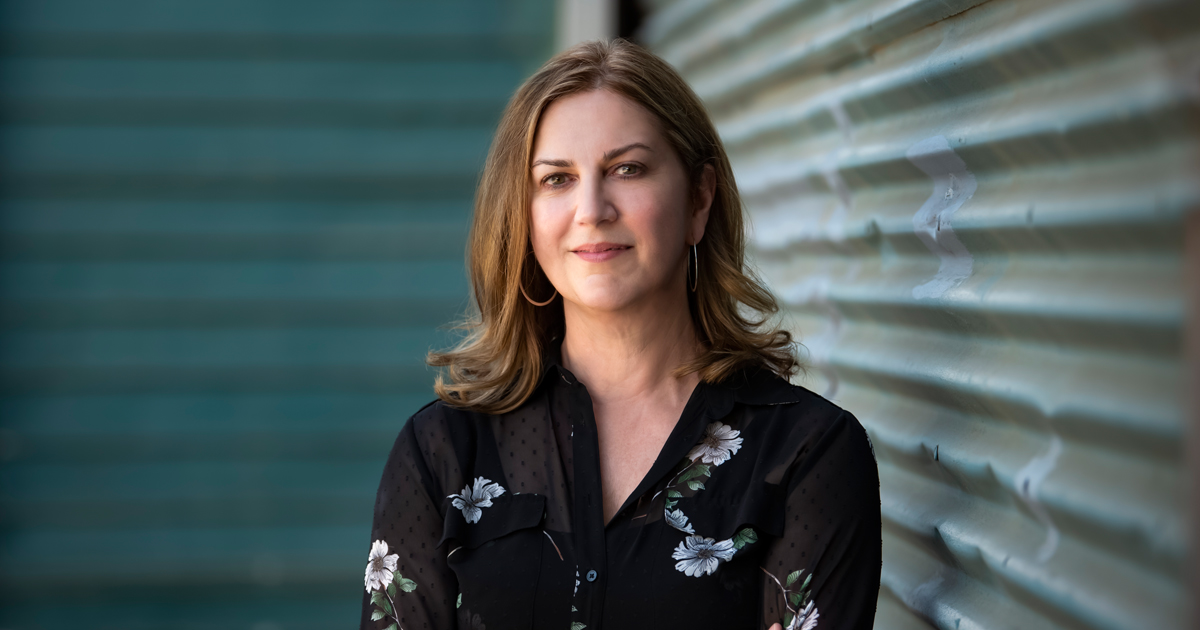 Award-winning author Meg Gardiner discusses her writing process, making the move to streaming television and the key to being a Jeopardy champion.

There are worse things for a novelist’s career than having Stephen King listed as one of your biggest fans. King penned a column in Entertainment Weekly praising Meg Gardiner as “the next suspense superstar,” though with Gardiner’s five novels having only been published in the UK at the time, that claim may have seemed tough to live up to. However, fifteen internationally released novels and an adaptation deal with Amazon Studios later, Gardiner may have done just that.

After working as a practicing attorney in Los Angeles and teaching writing at the University of California, Santa Barbara, Meg Gardiner began her third career as a thriller novelist when her husband’s work brought their family to London. Her first book, China Lake, the first in the Evan Delaney series, was published in 2002, and since then, she has written two other book series, the Jo Beckett series and the Unsub series, in addition to a few stand-alone novels. Over the course of nearly two decades, Gardiner’s writing process has evolved a bit. “Before I was published, I thought I could just sit down, splash some words across the page and make them into a coherent story,” says Gardiner. “But I realized that doesn’t work for me. Some people can do that and turn their ideas into a gripping novel, but sometimes I found myself so in the weeds that I had no idea how to hack my way back out. So, I’ve learned to outline and figure out and the major turning points of the story, and how it got it from the beginning to the end and really knock it out of the park. Over the years I have developed more detailed outlines as well. Now I treat the outline more as a short treatment for my editors to make sure I’ve got all the characters in emotional high points, the twists, the surprises, that it works.”

Despite that level of planning, Gardiner does find that she gives room to surprise herself in the writing process. “I find that if I have done the work of really understanding who the characters are, what the conflict is, and what is going to be the crux of the issue between the antagonist and protagonist before I start drafting, then the story has a strong foundation,” she says. “Then the characters come alive in a different way because then I start writing dialogue for them and I start to get a sense of who they are, and they begin to feel more three-dimensional. Then I am very open to changing things up if I think something works better than in the outline. I’ve had situations when I’ve had a character that was supposed to die, but when it came time to drafting the story, I just couldn’t stand to kill them off.”

Despite working on numerous series and stand-alone books, Gardiner doesn’t plan too much further ahead than the novel she is working on. “I have folders full of ideas, and I would guess probably anywhere between 5% and 10% of those are worthwhile,” she says. “Something in the next couple of years will hopefully grab me, and hopefully it is as compelling as I initially thought it was and is worth developing. I never have a whole series planned out. When I started writing the Evan Delaney books, I had no idea it was going to be a series. It was a delightful surprise when my editor asked about writing a sequel but then I had to figure out how to do that.”

Gardiner’s novels often feature antagonists with a morality code that is quite different than hers, and getting in and out of the mindset of a killer can be tricky. “They’re fictional,” she says. “I make them up. The trick, of course, is to regard everybody in the story as a human being and realize that most characters don’t see themselves as a villain. You realize that no matter how twisted they may seem, they’ve convinced themselves they have justification for doing what they’re doing. When they look at the mirror, they see someone who is righteous and is the hero of their own story. You see the story from their point of view and see how determined they are to win in the end and reach their goals.”

People have been drawn to crime fiction for centuries, and Gardiner is no different. “Crime novels, mysteries, suspense, thrillers really give an author a chance to dig into human nature on a big life and death scale,” says Gardiner. “We write stories about characters who have some source of chaos or evil crash to their world and force them to figure out how to fight back, rise to the challenge under tremendous odds and save the day with time running out. Crime novels allow authors to confront the very depth of the human heart and I think readers really love that. If you write a story that gets people turning pages, which is what thrillers do, you send readers on a roller coaster ride. You want it to be pulse-pounding and high octane with surprises that make readers bite their nails, gasp, laugh, cry and stay up late. Of course, crime novels also do what we can’t always do in real life, which is to resolve the story. American crime novels are often about the idea that justice does exist.”

The genre is thriving on television and on streaming services as well, which has been quite fortuitous for Meg Gardiner. Amazon Studios has bought the rights to Gardiner’s novel “The Dark Corners of the Night,” which was published earlier this year, which will be adapted into a new hourlong drama series. The book is the third in her UNSUB series, though the network will be drawing inspiration from all of the books in the series. “They’re going to take over the entire UNSUB series, which stands for Unknown Subject, which is the FBI’s shorthand for the unidentified perpetrator of a crime that they’re trying to apprehend,” says Gardiner. “Episodic television allows the series to be novelistic in that they can spend an entire season developing the story from the novel and give it breathing space. I’m really happy that it’s going this route.”

The showrunner and executive producer of the series will be Goliath showrunner Larry Trilling, who signed an overall deal with Amazon Studios last year. Gardiner will serve as a producer on the Amazon series, though what that role will entail is still up in the air. The COVID-19 shutdown has complicated preproduction a bit, though Gardiner assures that the ball is moving on production. “Nobody is in the writers’ room right, now but the head writer is working on a pilot, so I will see how it goes from here,” says Gardiner.

That pilot will see Gardner’s characters and stories in the hands of another writer, and while she feels protective of them, she’s more than OK with letting them go. “They’re my babies, but if I wasn’t willing to open up the story and adapting it for television, I should have told my agent not to shop it,” she says. “I know that adaptation from a novel to television makes it a new creation. There is no way around that. So, the best I can do is know that those people who adapting it are pros who love story-driven thrillers with extremely strong characters and that they are going to respect the origins of the work and bring it to life as best they can.”

While some writers have made the transition to television, most notably Michael Crichton, who created the series “ER,” Gardiner has no intention of ditching her a career as a novelist, though she is open to new things. “I would love to learn how to get some new jobs,” she laughs. “I’ve spent the last quite a few years learning how to write and produce publishable, plausible novels, but screenwriting is a different skill set that I would definitely love to develop.”

The upcoming Amazon series will not be the first time Meg Gardiner’s name will have graced the small screen. Gardiner was a three-time Jeopardy champion, back when “Alex Trebek still had his mustache.” One of the keys to success on the popular game show, says Gardiner, is buzzer skills. “They want to make sure everybody at home is enjoying it as much as the contestants are, and it is a hell of a lot of fun to play. To do that, you can’t buzz in until Alex finishes reading the entire answer that’s up on the screen. You can’t just guess and jump the gun. Once he has to read the whole answer, a little light goes on that tells you that you can now buzz in. So, you’ve got to be sure that your thumb is not too far off the buzzer and that it’s hovering just a millimeter away. You also want to make sure that you’re actually picking up the buzzer and not the pen that is used to write the Final Jeopardy question, which can happen.”