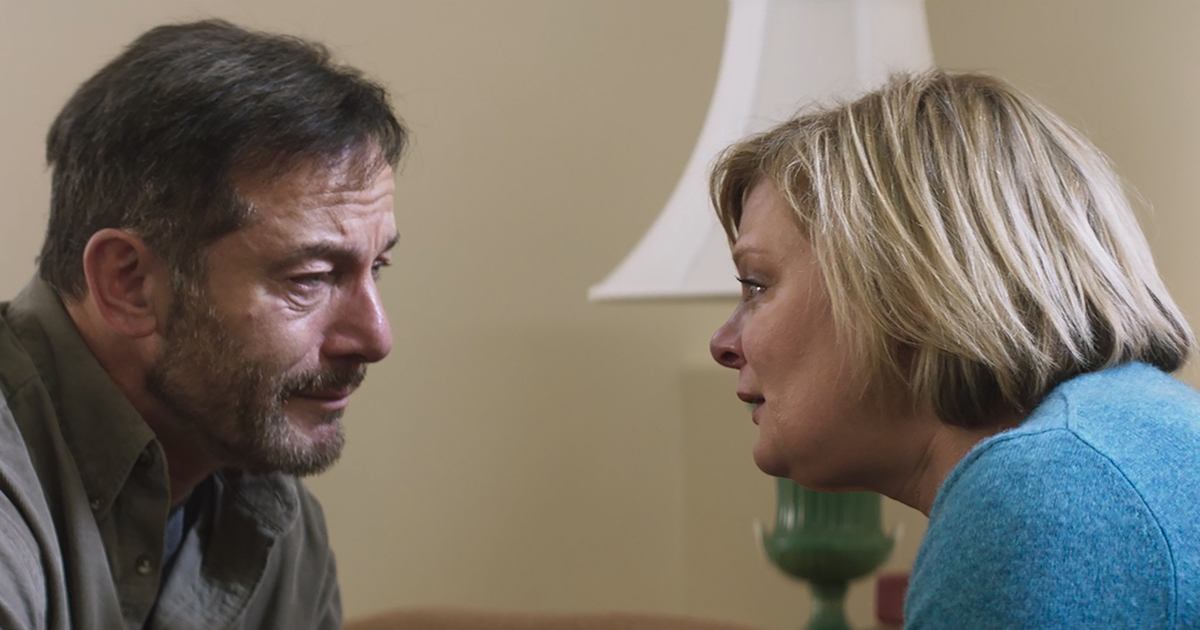 As I started watching Mass the question that kept crossing my mind is, what would drive someone to make this film? Even more so, who is the audience for it? Besides a handful of people, I would be hesitant to recommend it. That is not due to the quality – not in the least. The film is a very well written, edited, and directed film with some top rate performances across the board. The problem is that subject matter is upsetting, to say the least, and while compelling, I can’t call it entertainment in its truest sense. I can imagine some friends chiding me if this becomes their Friday night movie based on my recommendation.

With that said, there is a redeeming quality that makes it worth trudging through the heavy subject matter. When all is said and done, there is a feeling of cleansing – a cathartic response that I can only recall experiencing in the theater once before. I know, this is a film review – get to reviewing. If that is what you are feeling, I get it. But, I do think it is important to approach Mass differently than most films because I really want to recommend it. While I can imagine some people scolding me for recommending it, I would also expect many to thank me. Just know going in, that it may make you mad, may sadden you, or you may have a completely different response. This is not a popcorn film; it is a tough movie about grief and processing a horrific situation. It will challenge you.

Mass unfolds slowly in the backrooms of an Episcopalian church. We do not know why we are there or who we are waiting for, what we do know is this is a delicate situation – so much so that every detail is being considered, down to the placement of a box of tissues. When we meet the guests there is an obvious awkwardness between them – this is an oil and water relationship and we slowly understand why. They are there to talk about the most harrowing thing possible – a nightmare for anyone, especially a parent – the loss of a child.

(Heads up, I will be spoiling a little more than usual here – if you want to go in blind return after viewing)

The meeting in the room is comprised of two married couples, Gail and Jay (Martha Plimpton and Jason Isaacs) and Linda and Richard (Ann Dowd and Reed Birney) both sets of parents have lost a child in different but related ways. Gail and Jay lost their child during a mass shooting at his high school. Across the table are the parents of the boy, the school shooter who mercilessly killed their son and others. The setup alone is so painful to imagine. But what transpires is unique. While the discussion about grief, guilt, forgiveness, vengeance, pain, and reconciliation is harrowing, it also accesses something deeper.

The film puts us in the shoes of all the parents. Each struggling to come to terms with the actions of that day and what led to it. My initial instinct would be to jump across that table and pummel Linda and Richard. But as their stories unfold, diving deeper into the events of the day, and also into who these people really are – parents of lost children – children they loved – it is hard not to be affected. The shifting perspectives weigh heavy and pull into question what it means to be a parent to its core.

All four of their performances are captivating. Each actor captures true raw emotion allowing you to immerse yourself into conversation as if you are at the table with them. Ryan Jackson-Healy’s use of the camera is unflinching and seats us at different seats at the table zooming in close to capture the subtleties of the performances. There is pain behind those eyes and he captures every ounce.

As a whole director Fran Kranz (Cabin in the Woods) avoids ever making his directorial debut ever feel exploitive or melodramatic. While there are moments that are graphically described we sit with the four damaged people as they work through the grief. The only time we step outside are a few exterior shots of the school which are actually the images ingrained in Jay’s head – the place he lost his son. For me, that shot is more excruciatingly effective than any shots depicting the actual events ever could be.

Kranz restraint in both the screenplay and the direction are what makes this film stand out. He does not take sides or lead us on a political witch hunt. The subject of guns is brought up but quickly shelved to instead keep the human element at the forefront. Those discussions can happen elsewhere. The focus here is what makes the film work.

Kranz also avoids the obvious pitfalls that could have made this a melodramatic weeper – it would be all too easy to use the setup to squeeze the tears out of us. The score is minimal and the performances understated. I was prepared to cry. I didn’t. I was shaken and upset, but my actual reaction was more introspective and had me thinking deeper than anticipated. While unrelenting at times, I did leave with a feeling that conflicted with my expectations: hope. I entered the film looking at this as a black and white situation, but that feeling was challenged. Like Dead Man Walking did with the death penalty, Mass forced me to reexamine, to empathize with people whom you would hope you never share things in common with. Maybe when all is said and done any change of heart ends as you walk out of the movie theater, but this film will certainly make you think. Which is always good.

Fran Kranz’s Mass is not an easy film to watch, nor would I call it entertaining, but it is well worth the watch – every unflinching minute.