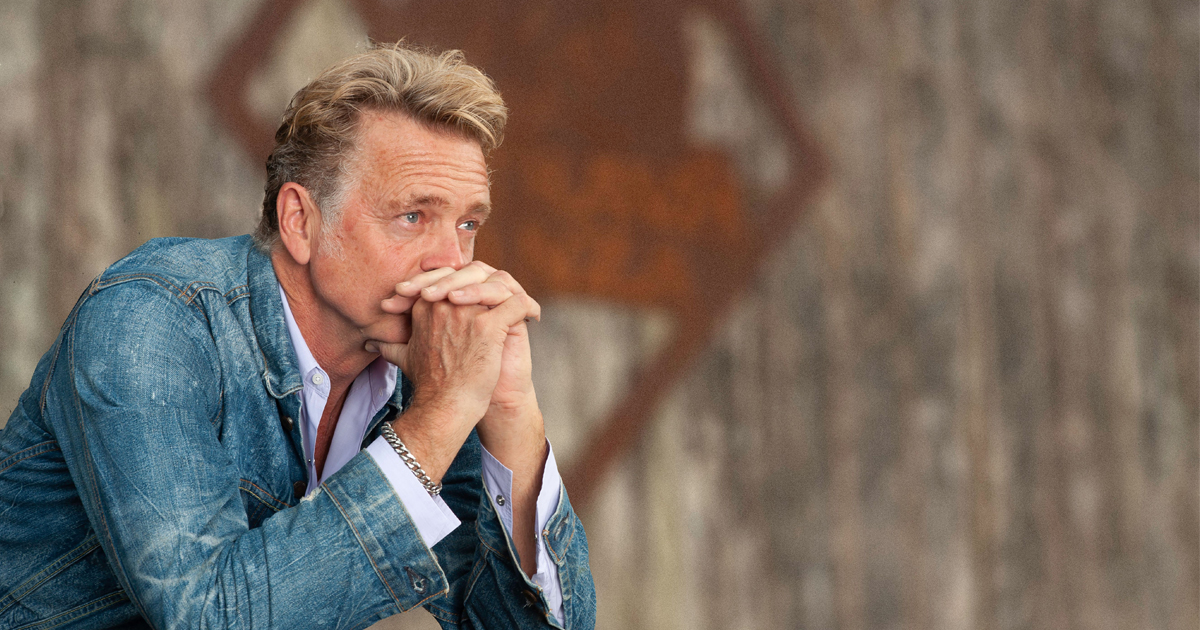 For a movie to be made, weeks, months, and sometimes even years of hard work and preparation, combined with grit and determination, are needed before the movie even hits the screen. Now imagine if that combination of movie-making attributes all succeeded, except became null and void because the film never found its way to an audience.

Well, that’s exactly what happened to John Schneider’s One Month Out, in one of the most disastrous and illustrious ways imaginable: the film was nearly destroyed by not one, but two floods.

“The summer of 2016, right after we had our 100-year flood that came through the studio and destroyed, maybe half of it,” according to actor, filmmaker, and musician John Schneider, “anything that was lower than three feet got destroyed.”

That summer, parts of the state of Louisiana not only sustained damage from a 100-year flood but were then crushed further by catastrophic flooding following an unpredictable storm. Unfortunately, John Schneider Studios, which is located in Holden, LA, was affected by both floods. 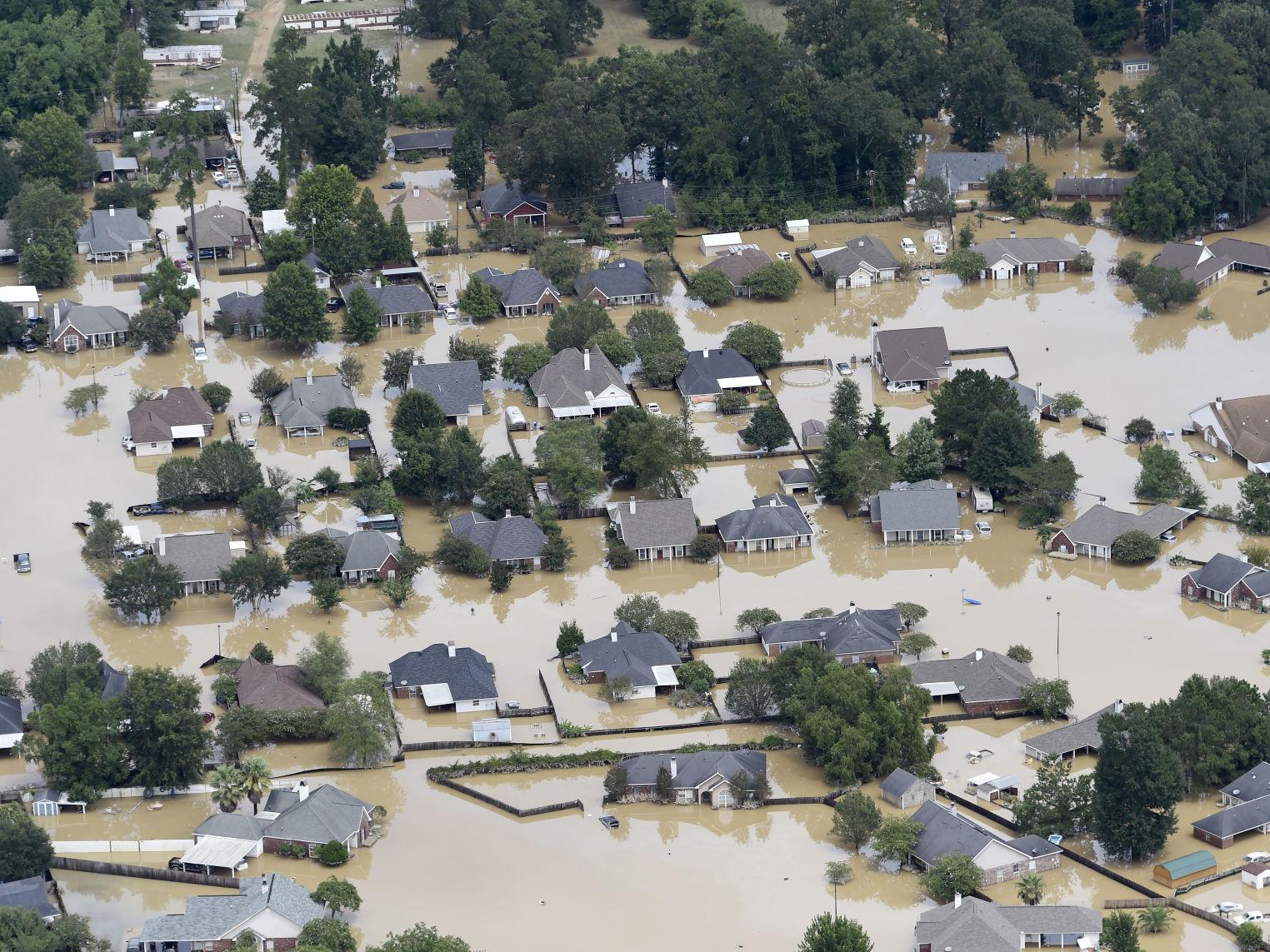 “On August 13 of 2016, we had the 1000 year flood. We had water get in and into everywhere, including my edit bay where all the movies lived,” said Schneider. “I backed it up, but all that information was on hard drives in a box sequestered away in a room that was underwater.”

The second round of flooding in Louisiana was so severe that it has been dubbed as the worst U.S. natural disaster since Hurricane Sandy in 2012. However, One Month Out only survived due to a daring rescue right in the nick of time.

“The movie was rescued via boat because of standing water inside the house,” said Laura Cayouette who stars in the nearly tragically lost One Month Out. “I mean, that’s it. It was an insane story!”

According to Schneider, one individual drove an airboat out to the studio, then tied themselves to a tree to enter the main house that already had water rolling through the building. Once inside, Schneider guided him via phone as to where the main hard drives were that contained One Month Out.

“Now if it wasn’t for him, then there would have been nothing to salvage at all,” said Schneider. “An hour after he left that, my whole desk, everything, was underwater.”

Now that the film was rescued, the next logical question is why is it only just being released, five years later. The fact of the matter is the hard drives that contained the movie’s first cut unknowingly had already sustained water damage before they were recovered. Over the next few months, each hard drive had become damaged to some degree.

“So, picture and sound, and the EDL (Edit Decision List), all that stuff had to be painstakingly recovered and repaired,” explained Schneider. “And we’re trying to make up for having lost everything twice in one year.”

The film itself has not taken five years to complete, but since production for other Schneider films needed to continue, One Month Out became the “Hey, if you have an extra 5 minutes, could you work on this” type of project.

“At some point, you do start to lose the faith and go, ‘Well, maybe this movie is just never gonna see the light of day,’” shared Cayouette whose role in the film was a chance to flex her leading lady abilities on screen. “In film, I’m very rarely the center of any attention, and in One Month Out, it’s my character’s story.”

Cayouette is best known for portraying Leonardo DiCaprio’s sister in Quentin Tarantino’s Django Unchained (2012) but she has appeared in numerous films such as Enemy of the State (1998), Kill Bill: Vol. 2 (2004) as well as several television shows including True Detective, Friends, and Queen Sugar. Besides DiCaprio, the New Orleans resident has found herself working alongside stars like Shirley MacLaine, Arnold Schwarzenegger, and even Dick Van Dyke.

“I’m not a movie star, I’m a hired gun, I’m the girl you hired to come in and do know, the four scenes or three scenes or whatever, and then duck out,” claimed Cayouette. “No matter who you put me against, you can put me in a room full of Academy Award winners and I will hold my own. And so that’s always been my specialty.”

Despite her value as a supporting actress, One Month Out was Cayouette’s biggest part to date where she could test her acting abilities and have a chance at telling the story from the point of view of one of her characters. As you can imagine, five years of waiting for this film, was borderline torture.

“To have it shot, it was amazing, but I kind of wanted to see it!” joked Cayouette. With the two floods, I said to John, when he accomplished finally getting it down, it’s like, you know, literally through hell and high water.”

Schneider’s admirable “never say die” attitude according to Cayouette is what made the fruition of One Month Out possible. From the film’s budget to the sets, the wardrobe, and even the casting, it was all a matter of “people not saying no.”

In addition to those three actors, Schneider was also able to swing comedic legend Ruth Buzzi out of retirement and into the film.

“You know, I grew up watching her and have been laughing with her since I was a little kid,” commended Cayouette.” “She’s not going to be doing a million parts in the future so, you know, get them while you can because she’s a very special part of our culture.”

While Buzzi’s comedic flair is evident, One Month Out is a drama, thriller, and comedy all wrapped into one that tackles a very dark and perilous topic: Alzheimer’s.

“It feels like one of the cruelest of diseases because the person is here, but not so much,” explained Cayouette whose family, very recently, has had their encounter with the disease. “As you see, in the movie, it’s not uncommon for the person suffering to become agitated, and or aggressive toward their loved ones who they no longer recognize. And so not only have you lost your connection to this person, but they might be mean to you on a regular basis because they’re confused and you feel threatening to them.”

Cayouette portrays Helen whose husband Red (Barry Bostwick) is suffering from Alzheimer’s who falls for a nurse (Brande Roderick) who may or may not have intentions bordering criminal mischief. Like the pathway to get this movie on a screen, the story is filled with twists and turns that make the ending of the film completely unpredictable.

“Laura Cayouette is just amazing!” exclaimed Schneider. “She plays the wife who is not only having to watch her husband go away but everything they’ve had over the decades, potentially go away to some predator out there.”

What makes One Month Out even more unique is that it will exclusively be available on Schneider’s streaming service Cineflixdod.com starting Friday, March 12th. On April 1st, the film will also be available for a DVD purchase at JohnSchneiderStudios.com.

“It’s been a long arduous task,” said Schneider, but the optimistic director of the film claims that not only was the process “worth it” but it taught him to “never put a hard drive less than eight feet from the floor.”

For more John Schneider related projects, make sure to check out one of our past interviews here: screenradar.com