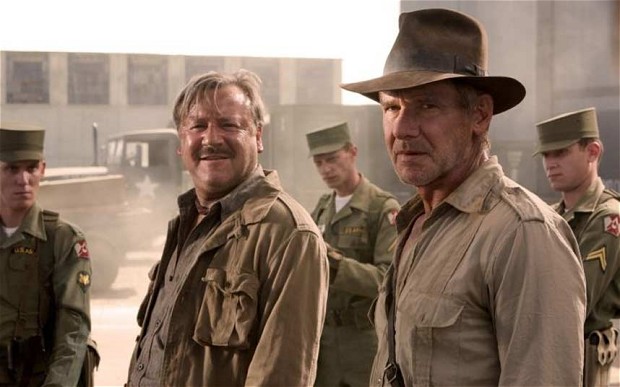 In a Q&A on Monday after being named CinemaCon’s producer of the decade, Frank Marshall stated that  the next Indiana Jones installment will not be a prequel, but a continue  where it left off with Indiana Jones and the Kingdom of the Crystal Skull. Now, more than likely he was not specially saying that Indy 5 will be a direct sequel, but rather that chronologically it will take place after Crystal Skull, unlike Temple of Doom, which takes place before Raiders of the Lost Ark.

He also went on to address the rumors that Harrison Ford might eventually be replaced:

“It’s all about the story. I think both in the Jason Bourne series and on Indiana Jones, we are not going to do the Bond thing. We think those characters are iconic, and those are the only actors who can play that.”

There is still no word on any other details about the film, such as if it will be Ford’s last (hopefully not), whether Karen Allen will appear (hopefully), or whether Shia LeBouf will return (God, let’s hope not). We’ll find out more as the July 19, 2019 release date gets closer.